How Everyday Clothing Was Influenced by Military Style: A Visual Timeline

How Everyday Clothing Was Influenced by Military Style

From chinos to cardigans, many of the clothes in your closet can track their origins to development for the military.

Some may come as no surprise – field jackets and combat boots, anyone? – but you may be surprised to learn that the origins of these twelve of your favorite everyday garments can be traced back to land, sea, and air forces from around the world.

Even the ancient Romans donned some sort of neckwear for their military uniforms, but the modern necktie traces its origins to the small knotted neckerchiefs sported by Croatians during the Thirty Years’ War. Named the “cravat” by the French, the tie would evolve over the next three centuries before Jesse Langsdorf of New York City modernized the tie as we know it in 1926.

In honor of their sartorial contribution, Croatia continues to celebrate International Necktie Day every October 18.

Read more: 8 Essential Ties for Any (And All) Occasions

Variations of the traditional double-breasted heavy wool pea coat had likely existed for decades before the first reference to the “pea jacket” appeared in American newspapers around 1723. The U.S. Navy suggests that the term originated as an abbreviation of the “pilot cloth” material used to make the coat, while others look back to the Dutch word “pijjekker” as its genesis. 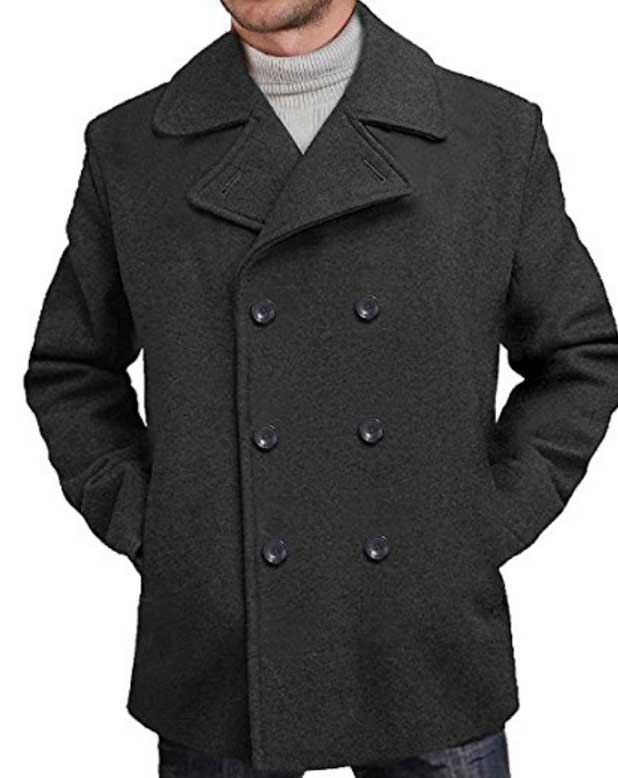 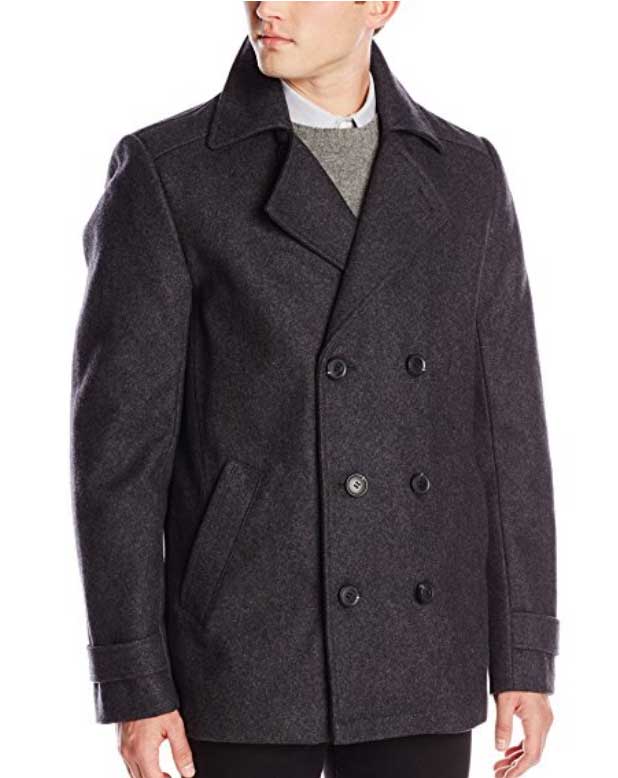 That’s right, the favored knitwear of Mr. Rogers, Perry Como, and The Dude was originally brought to us by the military. Lord Cardigan lent his name to the knitted wool waistcoats worn by his cavalry officers for their charge against the Russians during the Crimean War. The name – and the style – stuck among patriotic Brits wishing to honor their victorious hero. 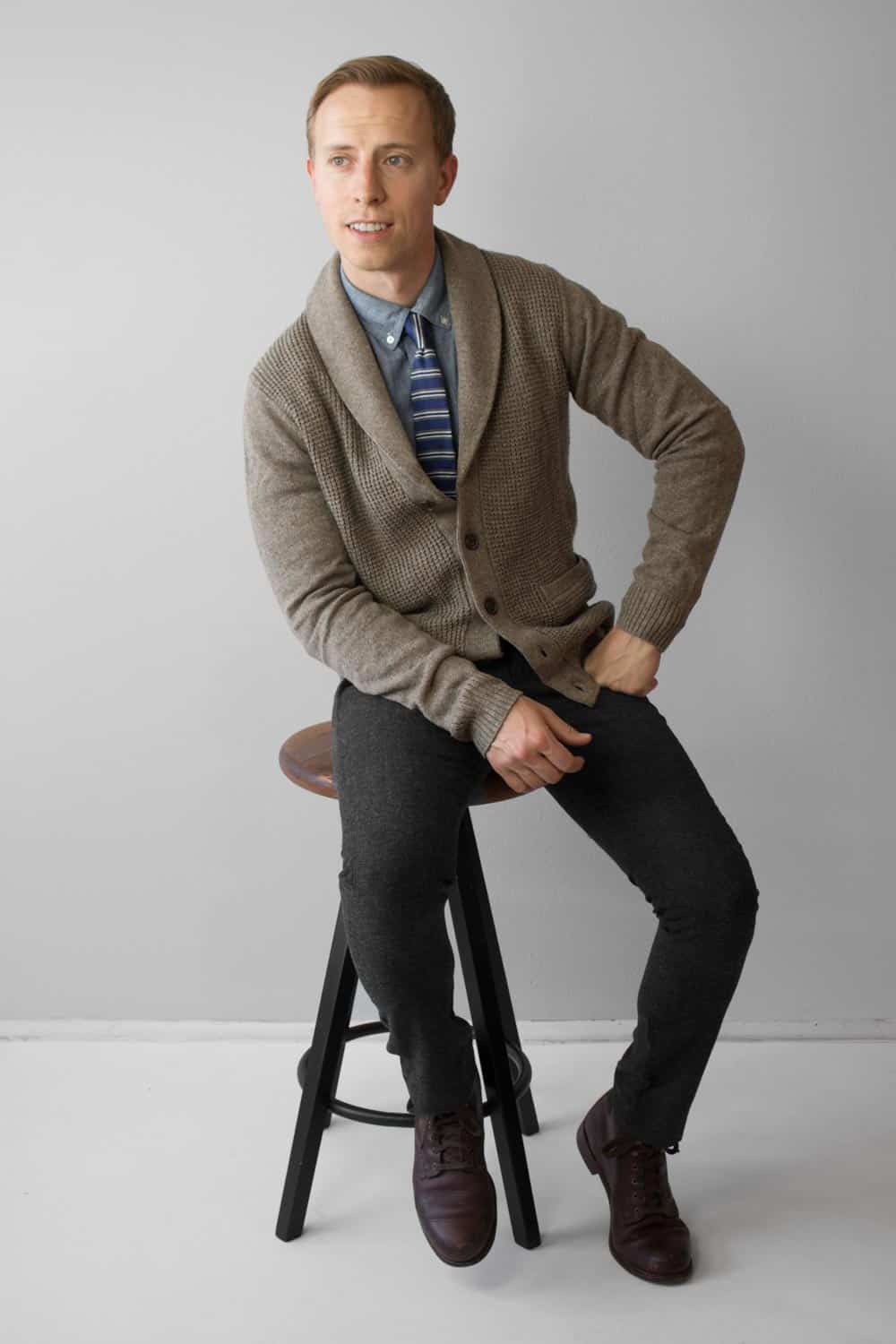 From our post: Update the Look featuring a shawl collar cardigan by Haggar 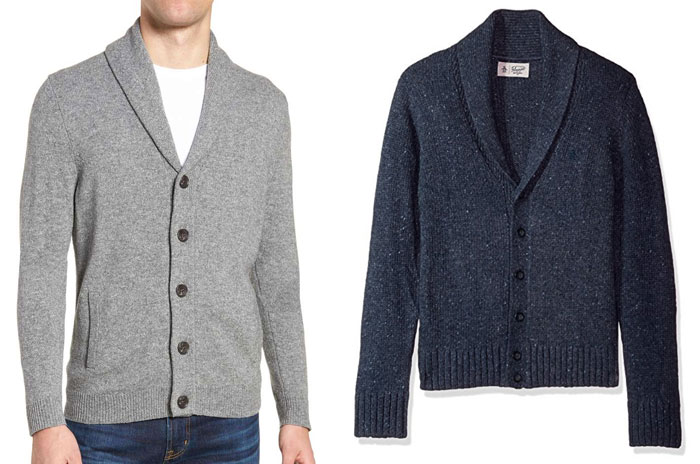 The Spanish introduced “pantalones chinos” to European military forces throughout the 1800s, the latter word referring to the Chinese origins of the cotton twill cloth used to make them. The Americans imported the same material for their khaki uniform trousers during the Spanish-American War in 1898, shortening the term to “chinos” and establishing what would become inextricably linked with Ivy League style through the following century.

And that khaki color? In the late 1840s, British Army Lieutenant Harry Lumsden was serving in India and seeking a way to camouflage his bright white cotton uniform with the help of some river mud (or tea, depending on your source.) 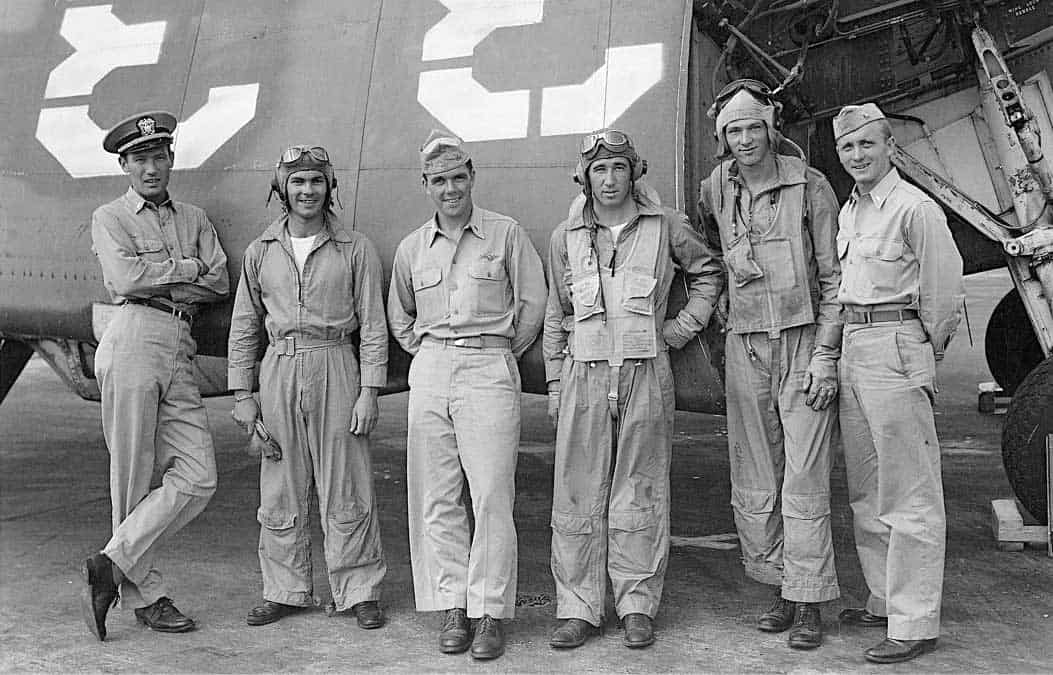 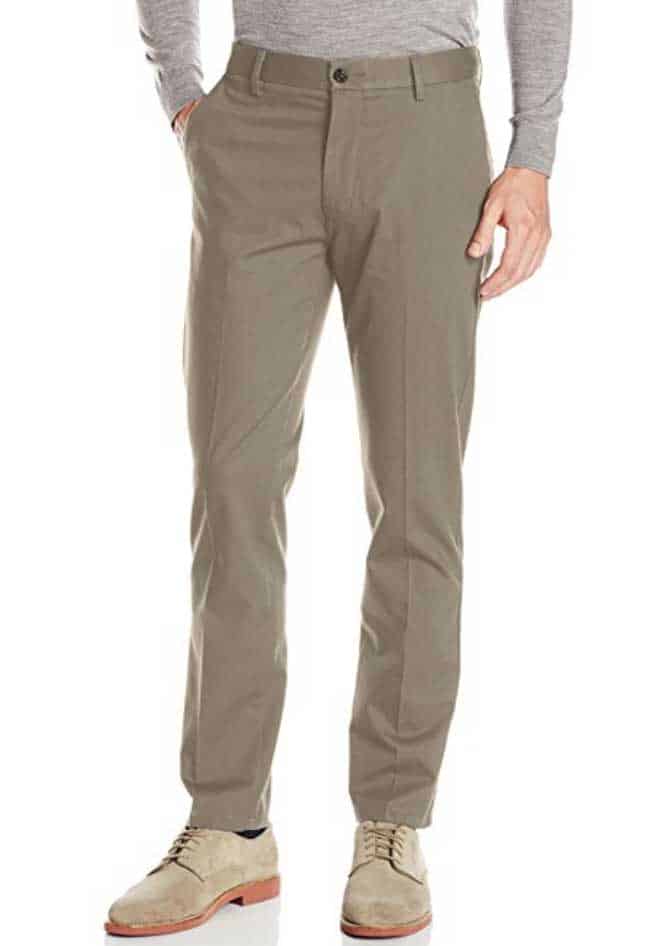 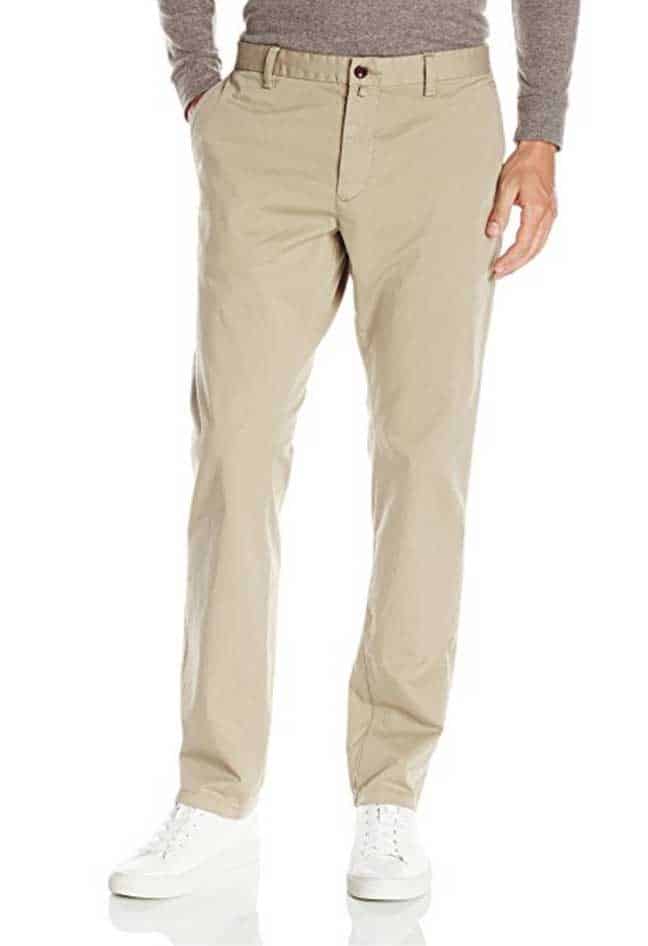 The closest approximation to the modern T-shirt was first issued by the U.S. Navy as undershirts in the years following the Spanish-American War, and soon caught on as their own style when sailors in warm climates were spotted wearing only undershirts sans uniform jackets. Prior undergarments were typically full union suits or at least henley-style shirts with buttons. 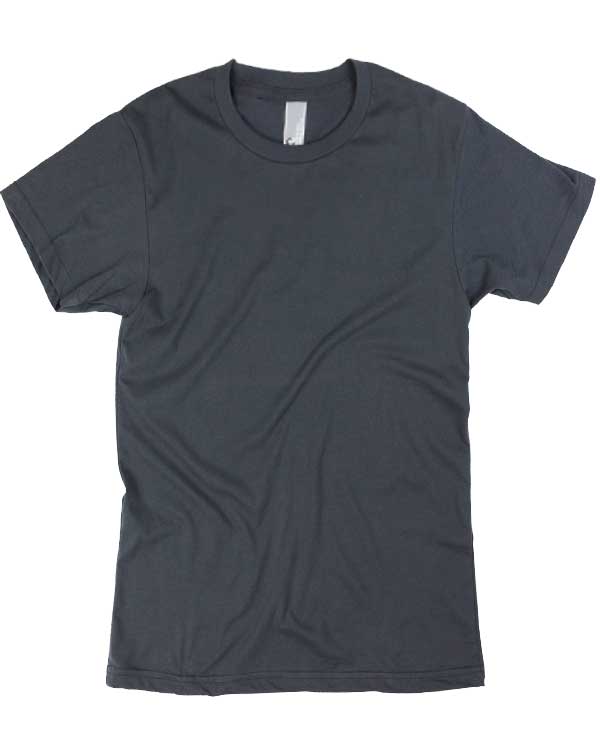 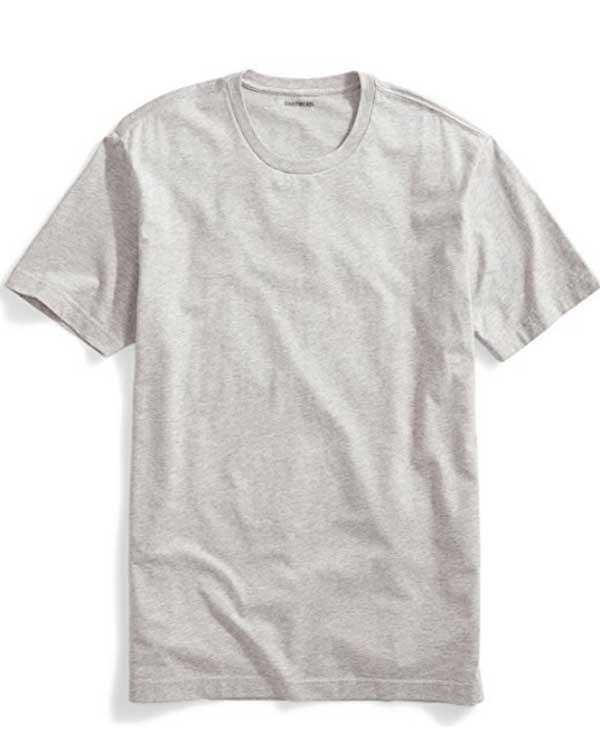 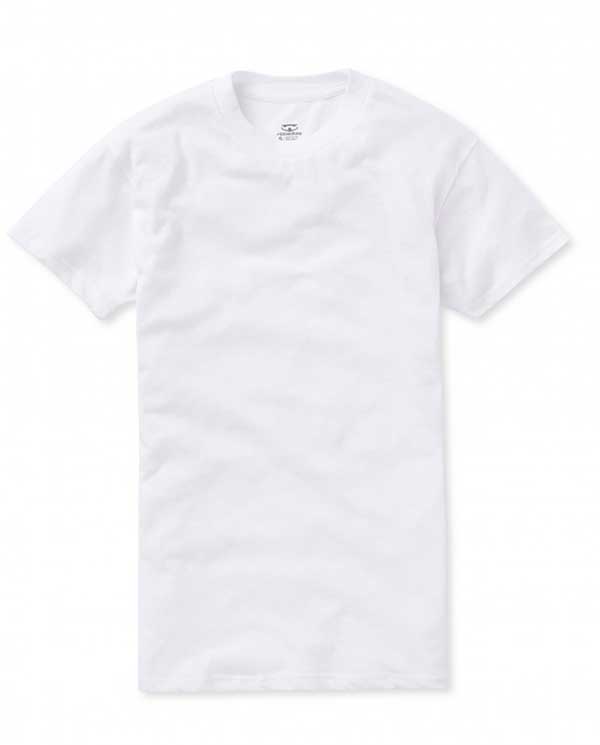 As with the short-sleeved T-shirt, the U.S. Navy responded to servicemen’s needs for more practical workwear when denim dungarees were first authorized for enlisted sailors in 1901 and for officers in 1913, marking the transformation point for a garment that had originated for a market of cowboys and miners in the 1870s.

Boots have long been the footwear of choice for soldiers around the world, but one of the earliest deployments of the ankle-high service boot we know today appeared when the U.S. Army issued the “russet marching shoe” in 1904. As their name implies, these cap-toe boots were made for marching with nine eyelets derby-laced up the front after it was discovered that the earlier designs with upper lacing hooks were prone to wearing out. 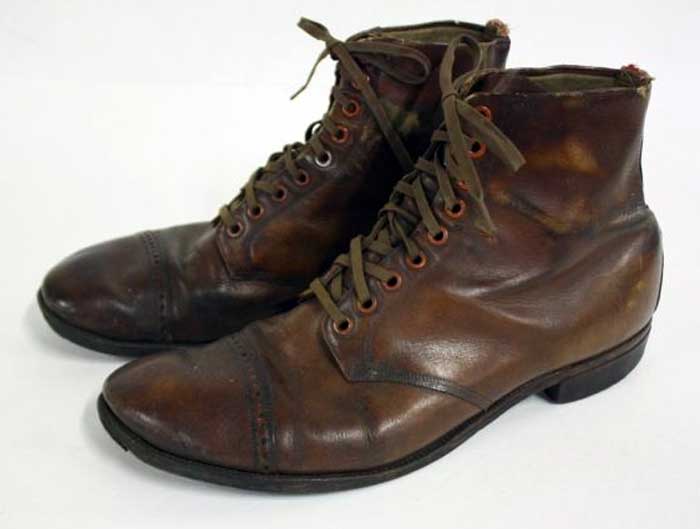 Under the auspices of the legendary General John J. Pershing, these boots were perfected for the rigors of World War I trench warfare with the waterproof leather and thick soles we currently associate with comfortable civilian work boots like the Wolverine 1000 Mile. 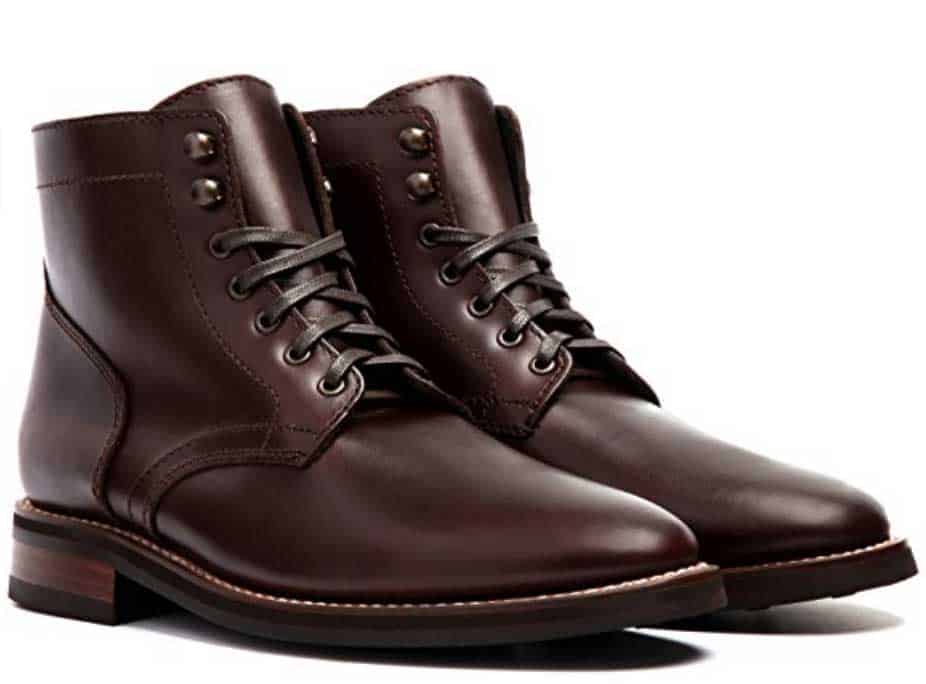 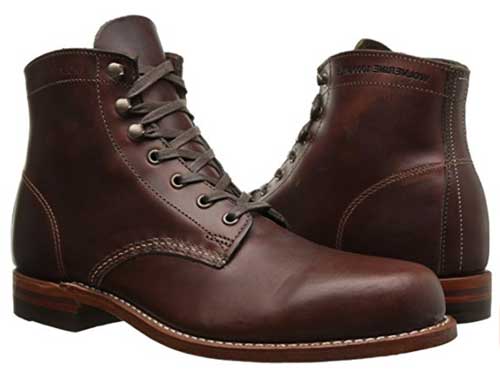 Although the design dates back to a War Office submission in 1901, the classic British trench coat was standardized during World War I to provide officers with a water-resistant, lightweight equivalent to their heavy greatcoats. Burberry led the way, tapping into service the tough gabardine fabric that Thomas Burberry had invented in 1879. (Burberry rival Aquascutum claims to have been producing trench coat-like garments since the Crimean War a half-century earlier.) 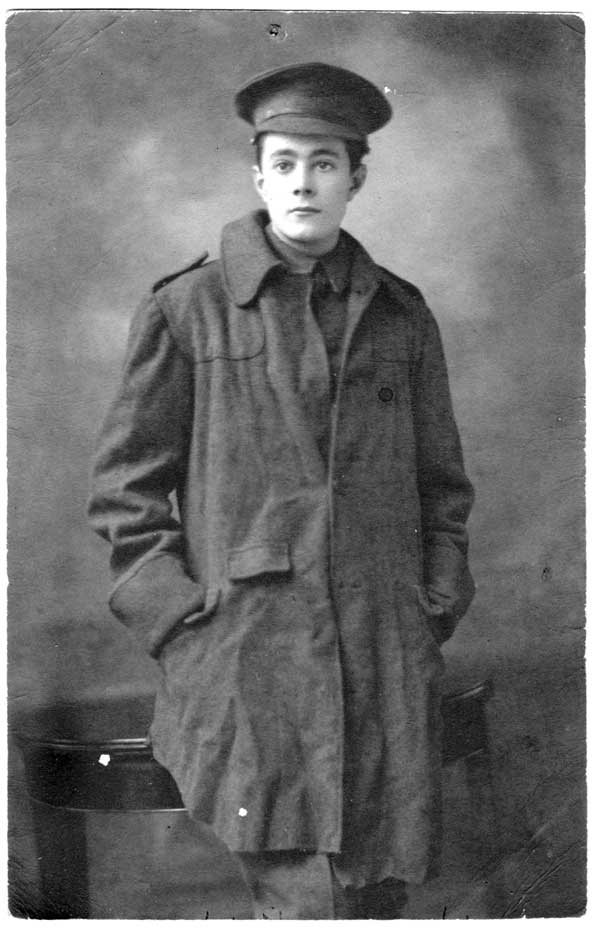 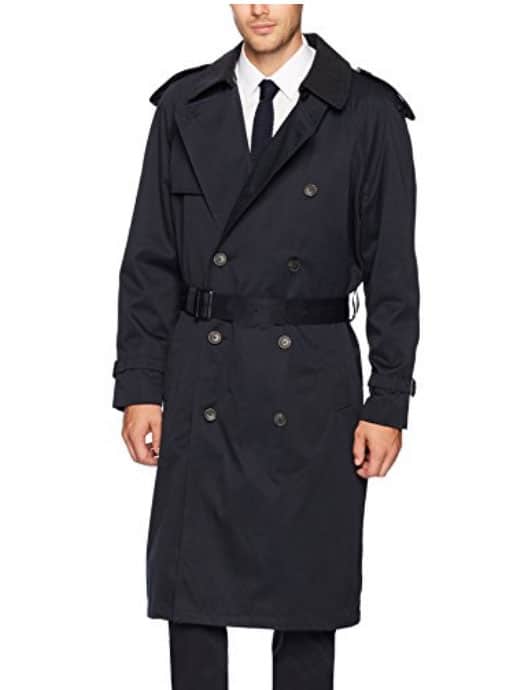 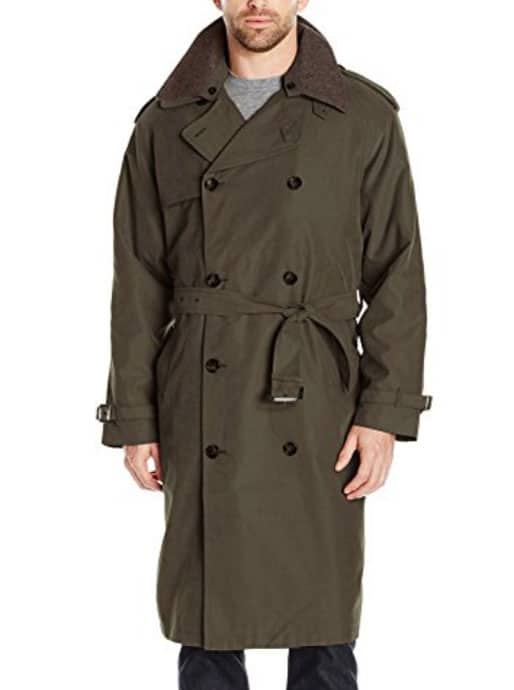 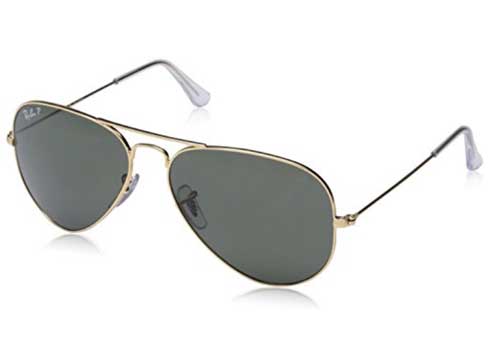 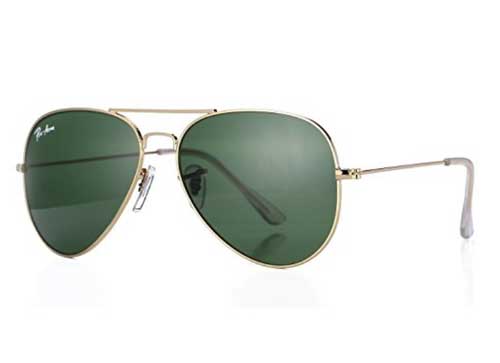 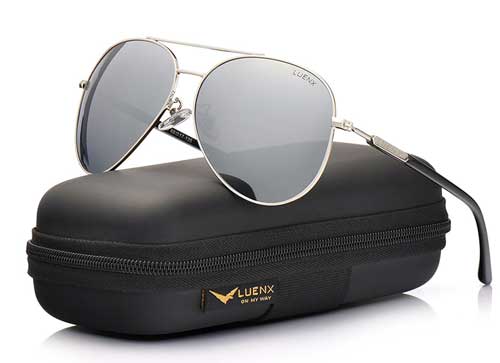 As aviation technology advanced between the wars, so did conveniences for pilots. In 1936, Bausch & Lomb responded to pilots seeking a functional alternative to the clunky goggles worn at the time. 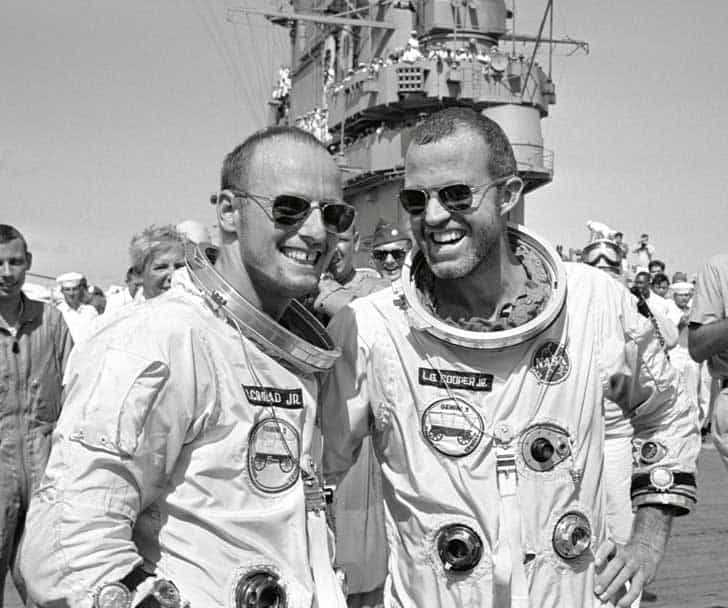 A square-framed variant emerged around 1958, introduced by American Optical (AO) as the “Navigator” model, and it rapidly grew its popularity among military pilots, eventually standardized by the U.S. military as MIL-S-25948. While AO had pioneered the style, Randolph Engineering has been the Department of Defense’s exclusive eyewear provider since 1982. 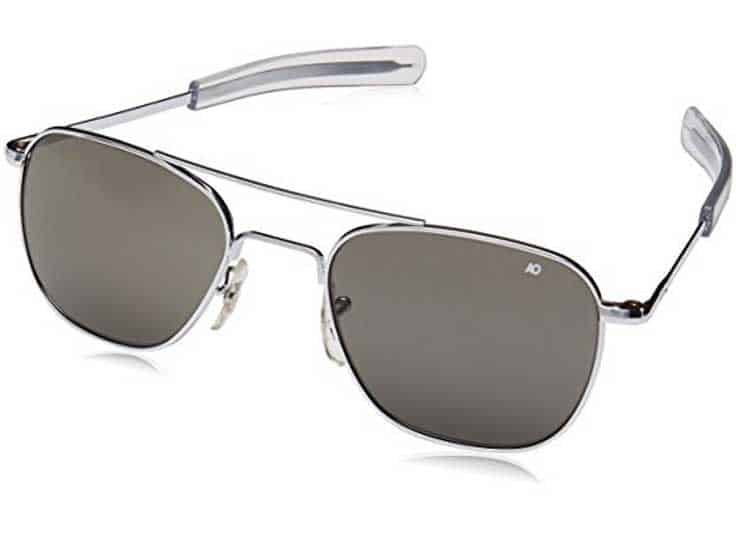 Read more about why we love the square framed aviator

When the Brits rolled out their earliest version of battle dress in the years leading up to World War II, all the king’s men were issued a pair of wool serge trousers with two extra pockets: a field dressing pocket on the upper right hip and a map pocket over the left knee. 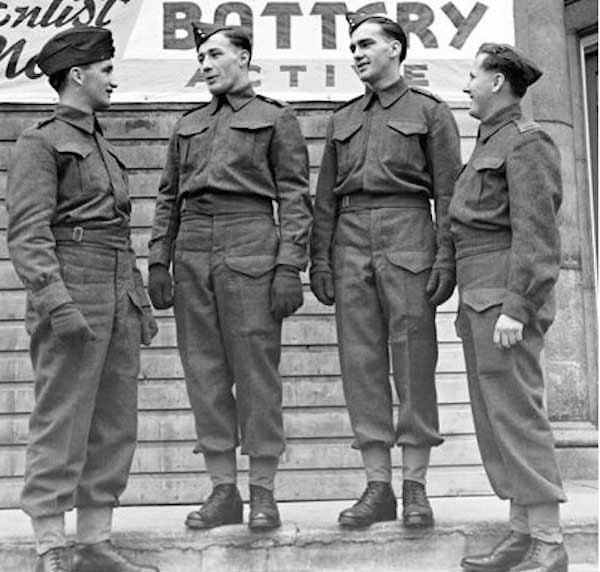 The Americans soon took notice and issued their own variation to paratroopers for storing extra ammo. Fifty years later, the style had snuck far enough into civilian closets that cargo shorts were seen with increasing regularity. The fashion world still hasn’t forgiven the British Army for this one.

Clark’s standardized the desert boot during WWII after Nathan Clark observed off-duty officers in unique crepe-soled boots with suede uppers attempting to stay comfortable in the heat. Clark learns the boots originated in a bazaar in Cairo and begins prototyping after returning to England. Read more about the history and our guide to styling men's desert boots. 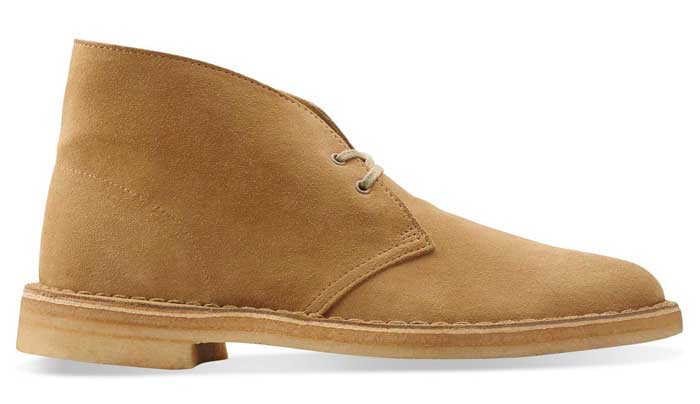 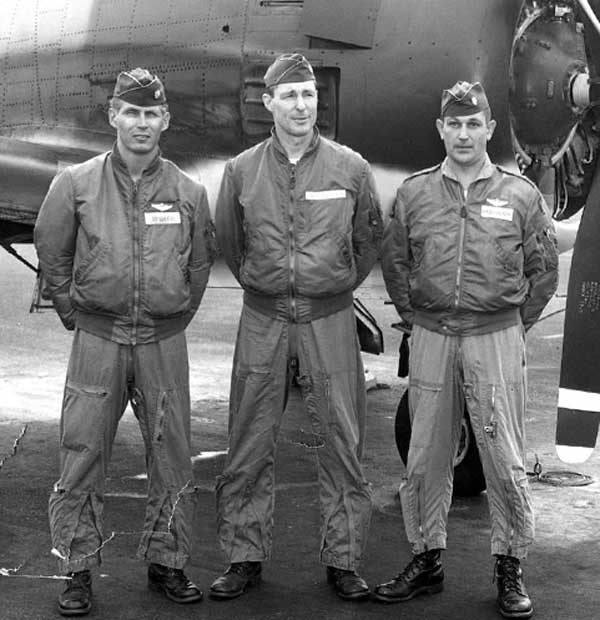 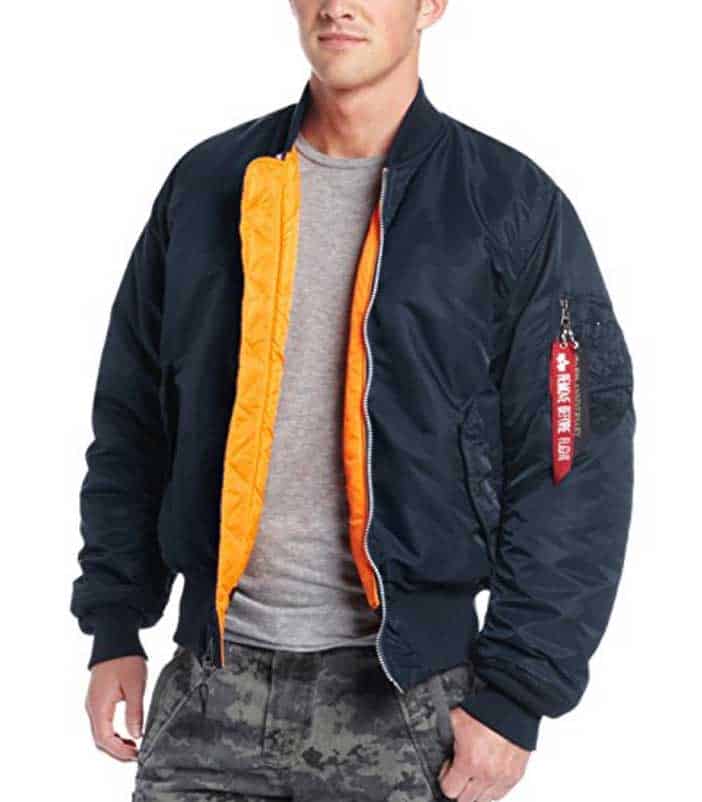 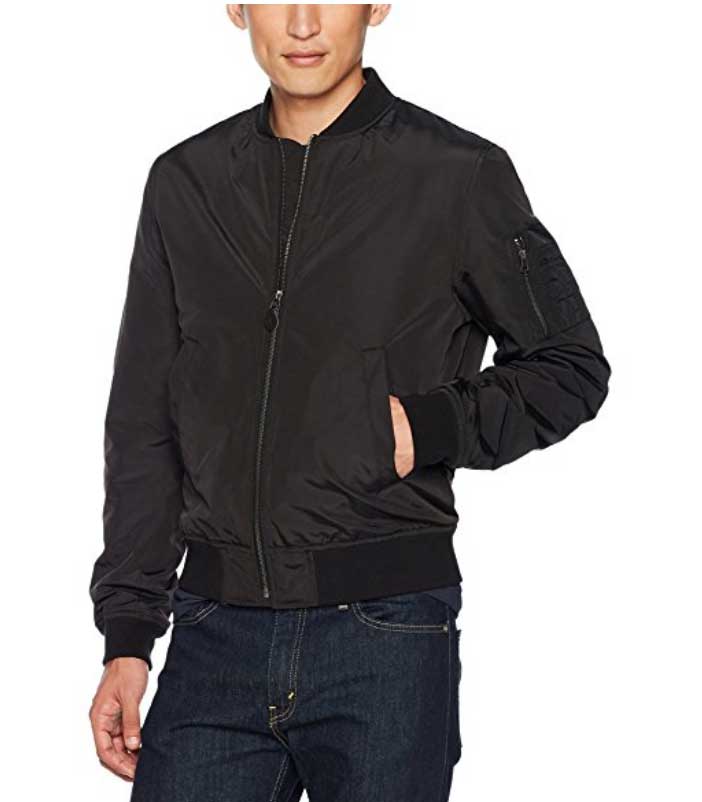 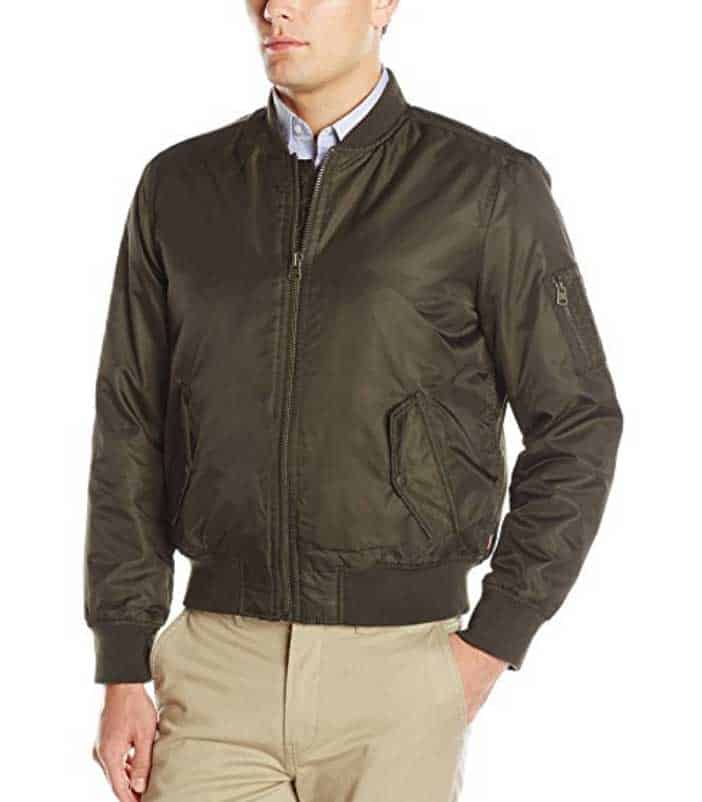 Casual StyleStyleStyle Essentials
As we bid farewell to Craig's brutish but refined interpretation of 007, we reflect one last time on his influential style.
It's easy to think the modern stresses of life are unique to our generation, yet thousands of years ago, Stoic philosophers were struggling with similar issues.
Rediscovering what is work appropriate in a modern, more casual world.
Did You Miss These?
Desire greater.
Before you toss them out in favor of a new pair, try this easy method for cleaning white sneakers.
Here's to not getting stranded for an hour on a creepy road at midnight.
For Craig's final Bond film, he breezes by the classic English and Italian jacket options and goes straight for rugged Americana.
Clean design and precision German craftsmanship: An introduction to Nomos watches.
Let the Bond marathon begin.
A collection of deal finds you don't want to miss.
An intentional balance of dressed up and down that lets you go anywhere.
Classic cool that lands all its punches.