Surviving the End of the Honeymoon Period No relationship can feel new and exciting forever – the secret is realizing that's a good thing.
24 May,2021By Dominic Preston / Illustrations By Andrew Snavely
This post may contain affiliate links, read about our editorial promise

Perhaps the biggest early obstacle to any relationship is one that few ever see coming: the end of the honeymoon period. That initial magic starts to fade, the rush you got when your partner entered the room disappears, and everything just seems less… exciting.

When you're caught up in a brand new relationship it's hard to imagine that this could ever happen, but it's pretty hard to avoid really. That means that it takes people by surprise, causing many to mistake the end of the honeymoon period for the end of their entire relationship, to mistake the loss of excitement for the loss of love. And that means that plenty of people are giving up on great relationships purely because they've made the natural progression to the next level and things have changed slightly.

So, what's going on when you start to feel like this? How can you tell if your relationship is going through natural changes or facing serious problems? And how on earth are you meant to get through it and keep your relationship going?

How do you know the honeymoon period is over?

The honeymoon period tends to last anywhere between 6 months and a year. The relationship still feels fresh and exciting, and you're constantly learning new things about each other and having first experiences together. But there comes a point when suddenly you've done all that stuff together already. You feel like you know your partner inside out. And then the unthinkable happens: you feel bored. That person that was so exciting a few short months ago is suddenly there every day. And it feels like they've been there every day for an awfully long time. There's no more rush from seeing them, because you're always seeing them. Boredom leads to questioning your feelings. Surely if you still felt as strongly for them, you wouldn't feel bored! Nothing else has changed, so it must be your feelings for them.

But if your feelings are fading, then that's it. They're clearly not the one, so you might as well just give up.

Maybe you even start thinking about other people. You miss those exciting days of discovering a new person, but surely you could have that again with someone else, and this time you could make it last. This is only compounded by the second reason the honeymoon period inevitably comes to an end: you know way too much about your current partner. And by that I don't mean their favourite color or their first pet's name. You know that they snore when they're drunk. You know that they have terrible taste in sitcoms. And, to borrow from John Cusack in High Fidelity, you know that it isn't all lingerie and lipstick: you have to face her regular, boring, cotton underwear that she leaves on the floor every day.

But that girl that smiled at you in the bar the other night? You don't know any of that about her. I bet she only ever wears matching lace underwear, watches Arrested Development, and keeps her snoring to a minimum. She's still perfect.

This is, of course, bullshit. But that doesn't stop you from thinking it. Even as you sort of know it's bullshit. It's just such irresistible bullshit. Your girlfriend is boring and flawed, and that girl you don't know is probably perfect and exciting. So maybe you're thinking about other girls (or guys), or maybe you're just thinking about returning to the single life for a while. Either way, it sounds like you just might be doing it for the wrong reasons. Sure, there are plenty of legitimate reasons to end a relationship. Maybe you're genuinely incompatible (especially if her taste in sitcoms is that bad), or maybe you're bored because, you know, she's actually boring. But how do you know what are serious problems, and what's just the relationship's natural progression?

Well, for one, have a real think about what the problems are. For example, say you're bored. Is it the relationship that's boring you, or her? The former we can deal with, but the latter might be a real problem. It's one thing to be bored because you're spending Friday night on the sofa watching films together again, but it's a whole other thing to be bored because her every word puts you to sleep. You don't want to date a soporific.

Get the honeymoon phase back on track

But if thinking things over still leaves you in doubt, maybe it's time for a bit of good, old-fashioned problem solving. Try a few of the following relationship picker-uppers, and if they don't help then maybe your problems run a little bit deeper.

Get a little space (and time) – I can't really emphasize this one enough, especially if you're feeling bored by the relationship. Maybe you're seeing each other too much, or maybe it's just been too constant for too long. Either way, getting away from each other for a bit might just help you realize how much you still enjoy being together. After all, you can't miss each other if you're never apart. This could mean taking a week or two of not seeing each other, or it could simply mean scheduling a day or two of ‘me-time' in every week. Just be careful how you phrase this, as asking for a bit of time apart could sound awfully like a break-up if you're not careful.

Go on a second first date – This isn't meant to be as paradoxical as it sounds. The aim here is to recapture a bit of that early magic by simulating that early relationship feeling. Dress up a bit, stick on some cologne, and do your best to impress each other, just like you used to. Sure, these days you're comfortable hanging out in your pajamas and eating ice cream out of the tub together, and that's great, but making a bit of an effort for each other will remind you of why it's worth making an effort.

Take up jiu-jitsu (or rock-climbing, or cooking, or knitting…) – Basically, do something new. Together. It doesn't really matter what, though it's probably making sure that it's something you both want to do. The important thing is that you're doing stuff as a couple that you've never done before, to remind yourselves that a long-term relationship needn't involve staring into the abyss of doing the exact same thing, every day, forever – you can still try new things. And can keep trying new things in case you get bored of the current new things and need some new new things. Then some new new new things. And so on.

Get some perspective – Getting an outside view of your relationship may be just the thing to remind you of what you might be about to give up on. This is particularly great if you have a trusted female friend to turn to, who might just give you a better sense of how the relationship looks from the outside, and how it might look from your girlfriend's perspective.

Liven up the bedroom – This may come as no surprise, but the bedroom is one of the best ways to return a bit of that early excitement. You probably began the relationship introducing each other to new things, discovering each other's preferences, and generally experimenting. But now you know what you like and have settled into the sexual equivalent of ordering a pepperoni pizza every single time. Suggest to your partner that you try new things, whether it's stuff you've been thinking about for a while, or something that hadn't crossed your mind. Even if it's as simple as trying a new position, it recreates that sense of possibility that makes young relationships so thrilling. 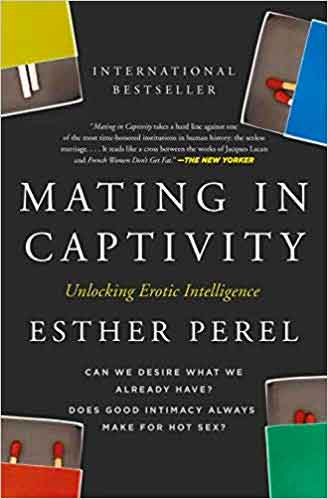 Esther Perel may be the most influential author and speaker in the relationship space right now. She's a therapist with a no-nonsense approach to untangling why desire fades in a relationship and the side effects on love, communication, and day-to-day fun it can cause. 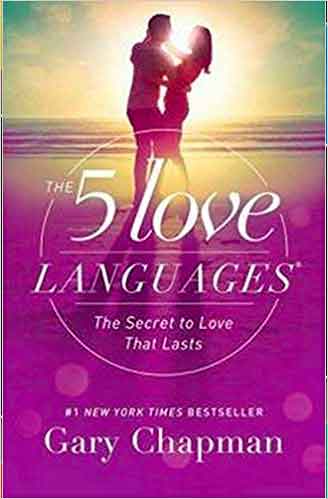 The 5 Love Languages: The Secret to Love that Lasts

Just as there are different personality types, there are different ways people express and receive love, and often someone may express love in one way, and receive it in another. When two people in a relationship express and receive love in different languages conflict is all but inevitable. Learning your love language, and equally as important, your partner's love language is an essential part of building a relationship that grows and doesn't crumble after the honeymoon phase ends. 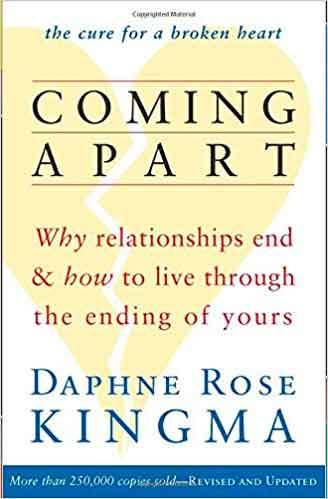 Coming Apart: Why Relationships End and How to Live Through the Ending of Yours

Kingma's fantastic book breaks down the real reasons relationships fall apart, and they're much bigger than the things we think we're upset about. Even if your relationship isn't ending, just losing steam, understanding why relationship end can ensure you're not on an eventual breakup path.

With a bit of luck, these tips will help you keep some excitement in your relationship. But far more important than any of these is simple acceptance that your relationship is developing. No matter what you do, you'll never recapture that early spark – and you shouldn't need to. That early energy is the mark of an immature relationship, and the end of the honeymoon period marks the transition into a more mature one. Relationship puberty, if you will. The good news is that on the other side of this metaphorical acne and confusing hair growth, you'll find the chance of a much deeper and more meaningful connection. Being comfortable needn't be a bad thing, and the truly lasting relationships are just that. Comfortable.

CommitmentRelationship Development
Lighten up your winter wardrobe.
Getting the perfect fit right off the rack is like winning the lottery. Whether you wear suits or selvedge denim, this guide demystifies the process of tailoring and alterations.
Discipline is a skill anyone can learn.
Did You Miss These?
History, style gallery, brand picks
You know what's more impressive than serving a date wine during dinner? Serving them a glass of port afterward. (And it tastes pretty damn good, too.) We'll teach you everything you need to get ... [more]
Your next favorite pair of jeans.
Cutting through the confusion: A breakdown of common knife terminology.
You don't have to be a traumatized father fighting a fungi-based zombie apocalypse to wear this jacket.
We've researched the best men's winter coats, based on material composition, product rating, and price.
Life can be overwhelming - Here's a proven method used by fighter pilots to make smart decisions fast and stay on top of it all.
And how to build them in under 30 days.
Do these now to keep your style strong and simple.