The Amazon Outfit: Ready for Anything

A casual look that will carry you through the craziness of the holidays.
2 January,2018By Andrew Snavely / Photos By Andrew Snavely
This post may contain affiliate links, read about our editorial promise 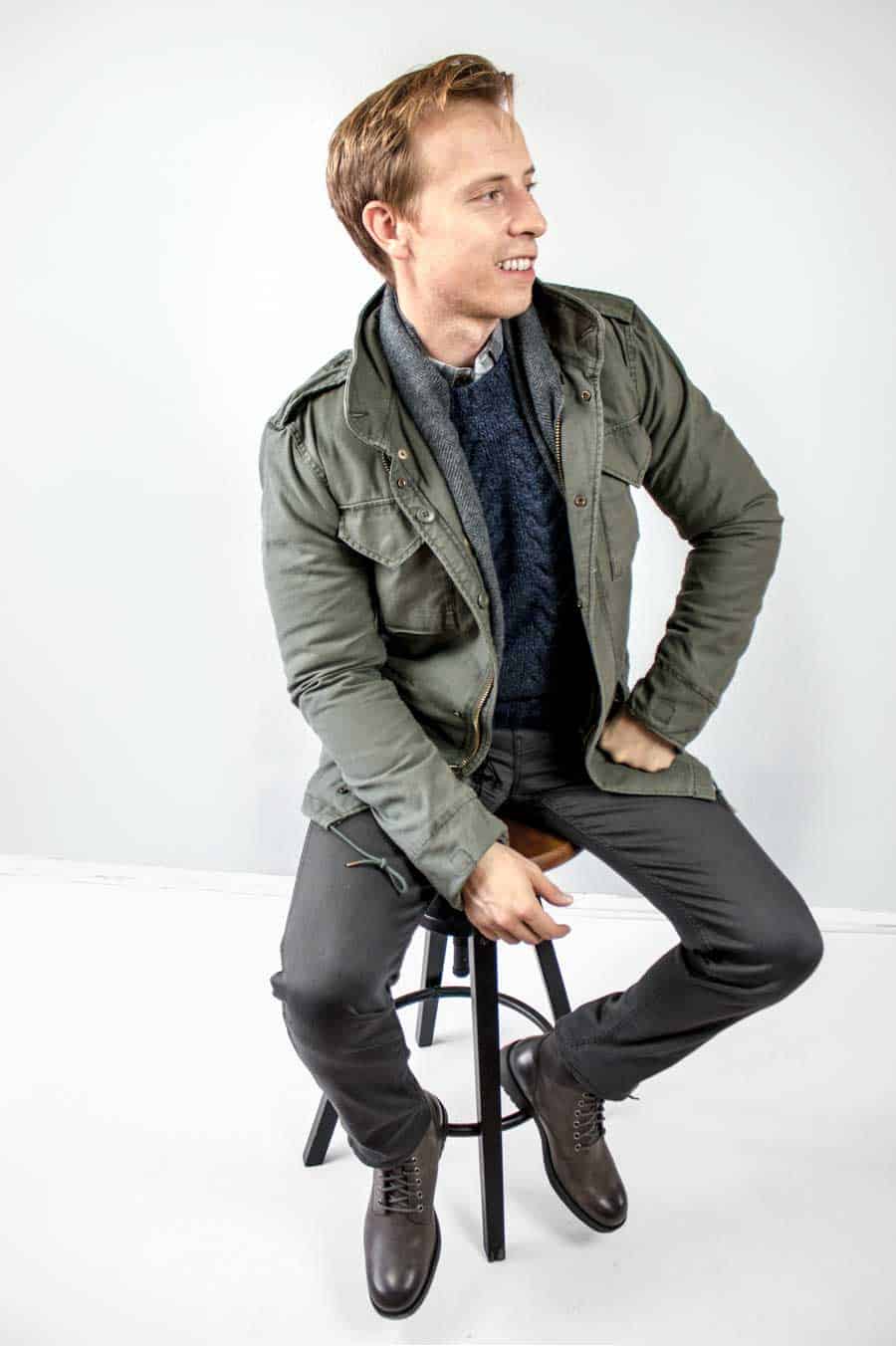 I'm excited to announce that this is the first Amazon Outfit sponsored by Amazon and Philips! Special thanks to them for believing in Primer's affordable style mission.

I’ve been on the road off and on for four weeks now. First, Thanksgiving. Then, the inevitable work rush that happens before people take some real time off between Christmas and New Years. Now the holidays. I’m having a blast. But it also means I’m traveling pretty light.

That’s the inspiration for this Amazon Outfit – versatility in dressiness level, aesthetic, and warmth, with everything you see available with two-day shipping thanks to Prime and free returns if it doesn’t fit. 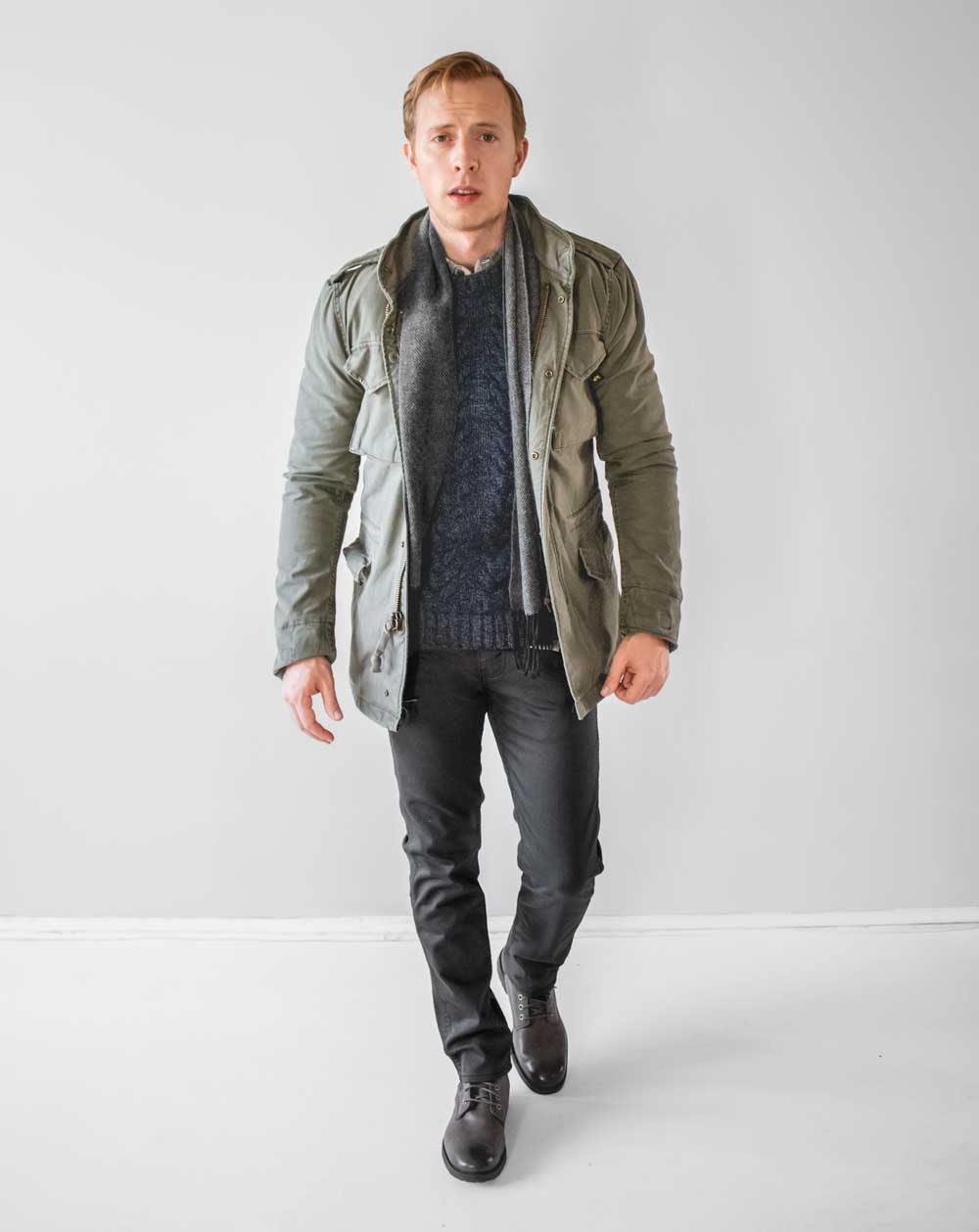 I love this M65 military jacket. But it's the third one I bought. All three were from Alpha Industries. The first two were the traditional M65, I ordered two because one was in my size and one was sized down, which I had learned to do with Alpha's jackets with my parka. Unfortunately, the traditional M65 jackets were just so baggy: Makes sense if you're wearing it in the military, but to dinner with a slim fit shirt, not so much. 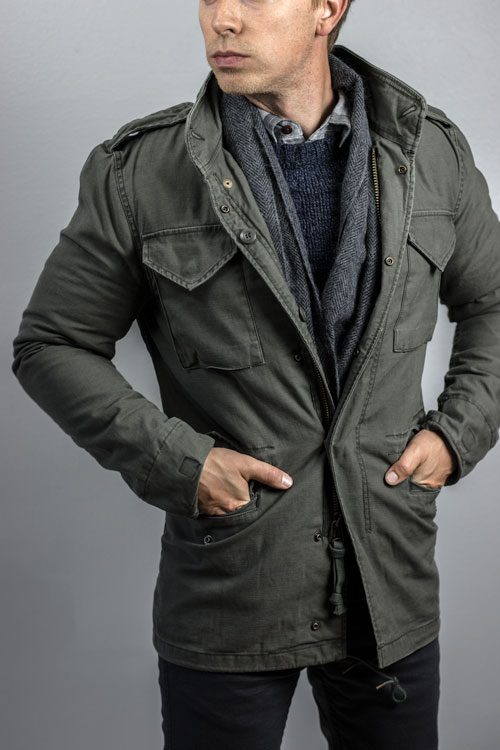 I was pretty bummed but then randomly came across the “Defender” model. This is a civilian take on the classic military jacket, without all of the bulk and extra space.  It also has a softer, more worn-in feel. Luckily with Prime, I returned the other two for free and got the Defender in two days. Win! 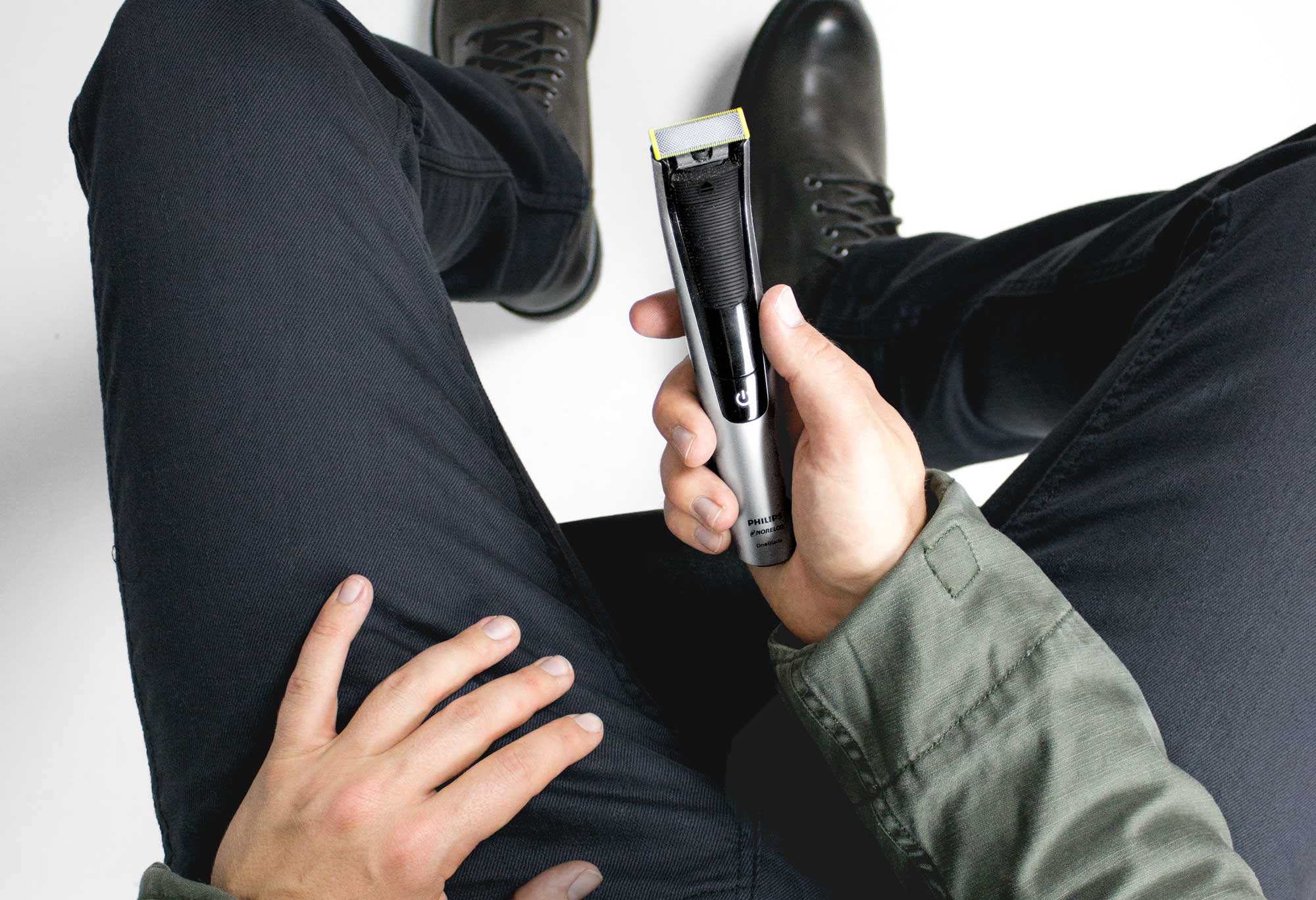 As part of my nomadic lifestyle right now I’ve also been field testing the Philips Norelco OneBlade Pro two-in-one trimmer/shaver. I’ve written up my initial thoughts here. The gist of that first review?

Maintenance shaving should be as easy as brushing your teeth. For that, at home, the OneBlade Pro delivers. Fast, even, shaving and trimming. But how about on the road?

A couple features on the OneBlade Pro stand out so far: it’s compact, light, and holds a charge extremely well (for up to 45 minutes of shaving time). That means I’m not having to plug in every night or each time I move between Airbnbs or hotel rooms. The embedded LED indicator tells me when I need a charge (and so far it hasn’t been in an airport – whew).

Is it the same shave as a safety razor? No. But it’s not supposed to be. For guys with beards or, like me, lighter facial hair it’s nice – really nice – to spend that early morning time laying waste to a continental breakfast instead of shaving.

Since I found one of the 14 micro length settings that works for me a couple weeks ago I haven’t touched it since and the blades continue to feel plenty sharp and my maintenance shaves smooth.

You can pick up the OneBlade Pro on Amazon for $69. 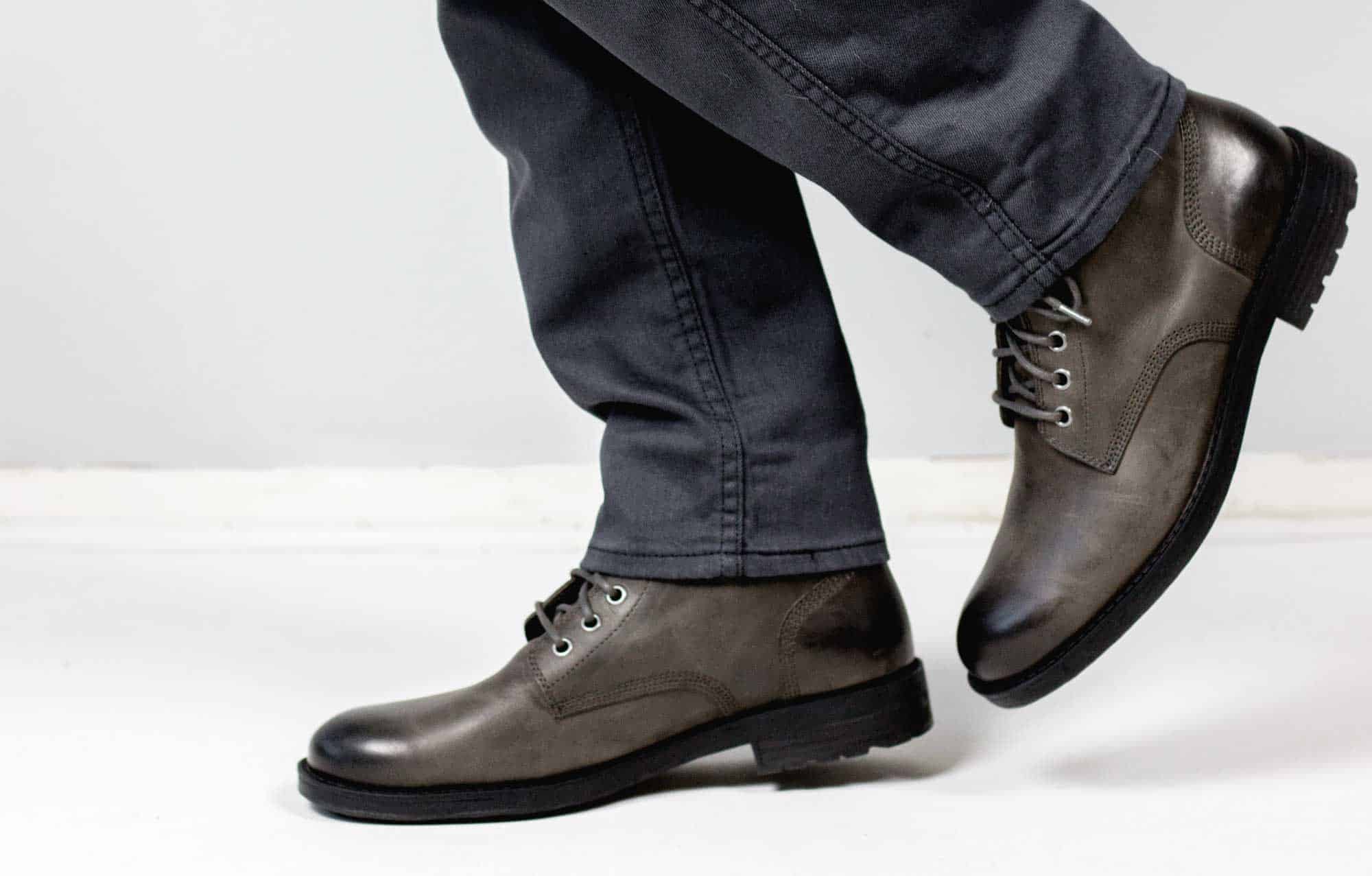 I'm pretty excited to add a pair of gray boots to my arsenal. Black boots can sometimes look cheap, plain or uniform-y, but in gray, these better show off the texture of the leather and the burnishing on the toe and heel. 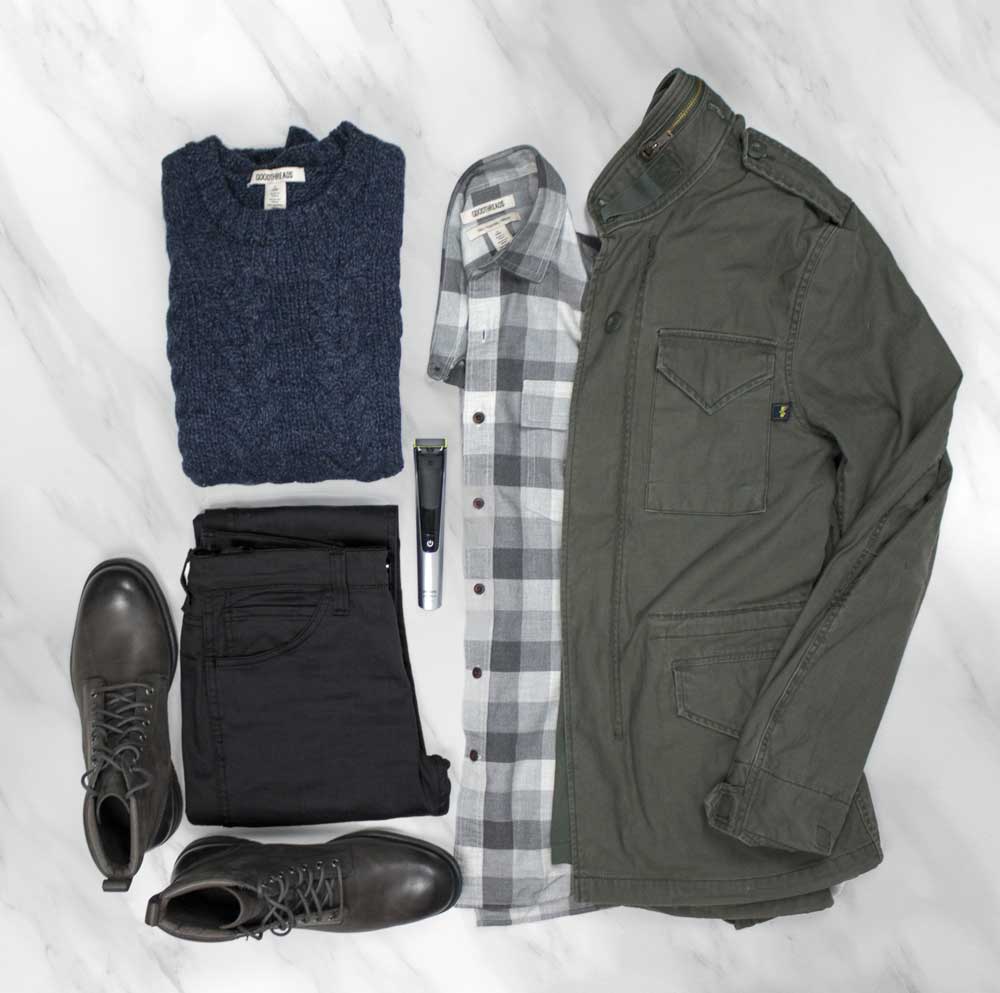 Amazon OutfitCasual StyleFall StyleLive Action GetupSmart CasualStyleThe GetupWinter Style
Lighten up your winter wardrobe.
Getting the perfect fit right off the rack is like winning the lottery. Whether you wear suits or selvedge denim, this guide demystifies the process of tailoring and alterations.
Discipline is a skill anyone can learn.
Did You Miss These?
People get married. People move away. People get busy with demanding jobs. People grow apart. Before you know it, there's no one around at all.
The shared sensation of anxiety during an uncomfortable moment...it's all in your head.
You can't dress well on a budget without first knowing "what's stylish". The same goes for your place: Use these 10 paradigms of great design to inspire your choices for outfitting your home.
Cutting through the confusion: A breakdown of common knife terminology.
You don't have to be a traumatized father fighting a fungi-based zombie apocalypse to wear this jacket.
We've researched the best men's winter coats, based on material composition, product rating, and price.
Life can be overwhelming - Here's a proven method used by fighter pilots to make smart decisions fast and stay on top of it all.
And how to build them in under 30 days.
Do these now to keep your style strong and simple.