What Is The Best Way To Drink Mezcal?

17 February,2020
This post may contain affiliate links, read about our editorial promise

Have you ever felt…intimidated by certain drinks? 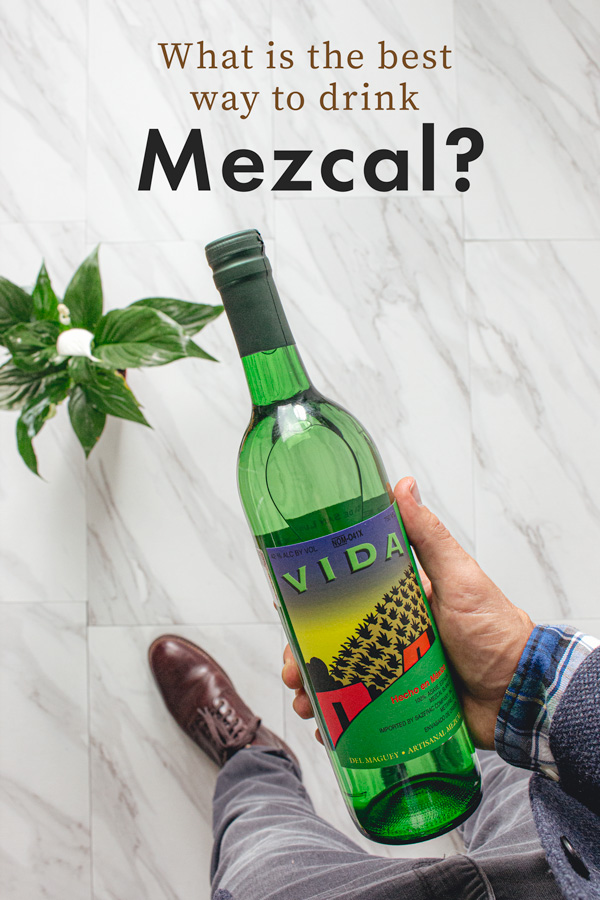 There’s the stuff we all know how to drink – dad got us started with whiskey and water, James Bond novels taught us about Campari and soda, and at some point at a house party we’ve been handed some vile concoction involving Jager or Fireball. A lot of that stuff is commonly understood and well-documented, and you’re not going to have a lot of questions about how to drink it the next time you’re feeling adventurous at your favorite watering hole.

What about the less-common drinks, though? Whether you’re feeling adventurous about some new cocktail you read about or your favorite bartender has some new suggestions for you, it can be occasionally intimidating trying a new drink, and mezcal is no exception to this.

A relative of tequila, mezcal has become increasingly popular among bartenders, mixologists, and everyday drinkers lately for its unique flavor profile (and, perhaps, because it doesn’t quite have the hangover-prone reputation that tequila offers). Chances are, if you’re reading this, you’ve either recently tried mezcal or at least wanted to, but you got a little bogged down by the contradictory and unhelpful information out there on how it should be prepared and enjoyed.

Mezcal, despite its relative lack of familiarity and popularity in the States (especially compared to its party-tested cousin, tequila), is served and enjoyed pretty much like any other drink. Everyone has their own serving and mixer preferences, but just like with any other well-worn liquor like whiskey or scotch, there are a few things you can do to make sure you’re getting the most out of your mezcal and enjoying it to the fullest.

Mezcal vs Tequila…What’s the Difference

The first step is to know exactly what you’re drinking. Similar to the difference between champagne or sparkling wine, one difference between mezcal and tequila can come down to geography. 90% of the world’s true mezcal supply comes from a region in Mexico known as Oaxaca; if your drink was made in Jalisco, Mexico it’s probably tequila.

This can raise another potentially sticky question. While they’re both made from agave plants, the agave used in tequila is steamed in aboveground ovens while mezcal use in-ground fire pits to maintain a smokier, more earthy flavor. The agave is then crushed, mixed with water, fermented and distilled until it becomes the liquor we all know and love. 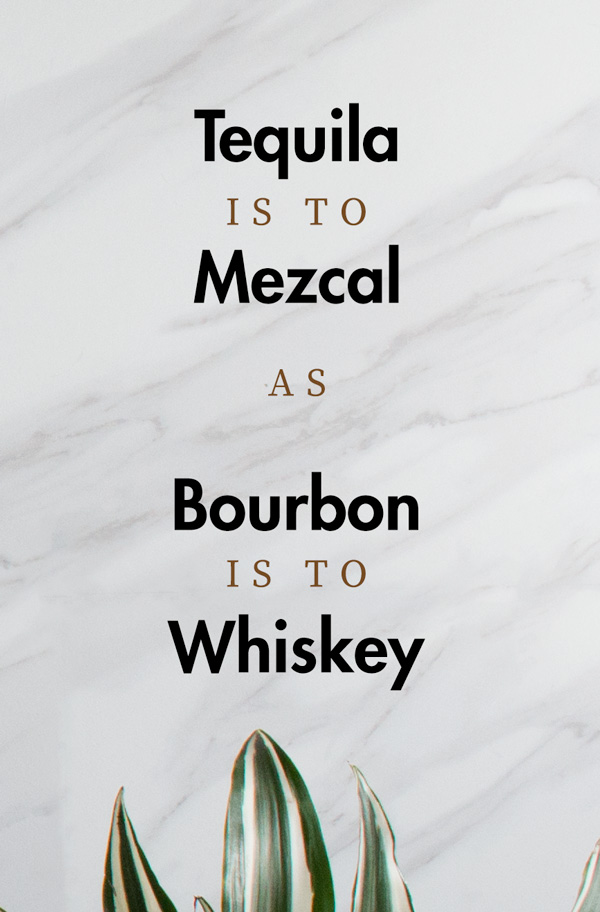 Beyond where and how it's made, tequila and mezcal legally differ based on what type of agave is used. Tequila must be made using Weber blue agave only, whereas mezcal is made from over 30 varieties. Don't confuse this as mezcal being inferior for some reason. Just as bourbon is delicious with corn as its main grain  and Scotch is delicious with barley as its main grain.

Mezcal is available in a few different blends, with the most common being espadin. Espadin mezcal is made with the Agave Angustifolia plant that grows faster than most and offers a lot of sugar, imbuing the liquor with notes of floral and fruit. You’ll see a lot of people try to describe the taste as ‘smoky’, but that’s maybe not the best word for it – the flavor is closer to something like chipotle peppers or even roasted coffee beans.

While espadin is the variety you’re most likely to encounter out in the wild, there’s a number of additional styles you may come across, all with their own differences and flavors.

Joven, a type popular among modern mezcal distilleries, is made with much younger agave plants and is only barrel-aged for about 2 months, which is pretty quick for agave – compare that to the rarer tepeztate, which is harvested from agave that has taken at least thirty years to mature.

Fans of barrel-aged beers and whiskeys may be already pretty familiar with this idea, and most mezcal varieties will be based upon how long they were aged and how fresh the agave plant was when it was harvested. As the primary ingredient in any mezcal is the agave, its age will be the primary deciding factor in how it tastes and what you may want to serve it with.

With regards to aging mezcal, there are two sets of terms to be aware: The age of the plant, and how long the spirit was aged in the barrel after distillation.

Post Distillation Aging (time spent in a vessel after distillation)

Regardless of how long it’s been waiting to be enjoyed, the question still lingers –

How are you supposed to drink mezcal?

Most mezcal companies that offer espadin mezcal, such as the ubiquitous Del Maguay or the humorously named Ilegal Mezcal suggest that it’s best enjoyed while sipping. Mezcal works great as an aperitif or alongside your favorite Mexican dish, for example, and in those cases you want it served neat out of either a brandy tumbler.

If you’re feeling really traditional, you'd drink it out of a jícara – a hollowed shell of the fruit from a calabash tree. In recent years, a small clay bowl known as a copita was invented by the founder of Del Maguay to emulate the jícara experience. Using a wide-mouth glass helps you experience the flavors more fully, and can help better accentuate the various floral notes and earthy overtones of the mezcal without a lot else getting in the way. 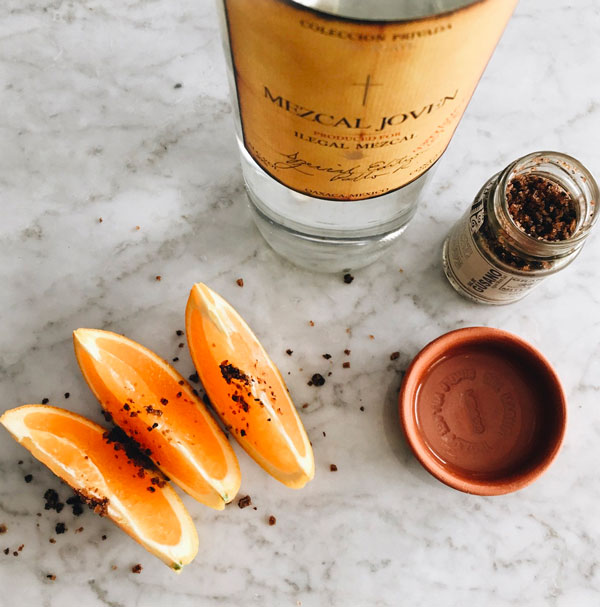 But what if you’re not a sipper? Some of us still prefer our liquor as part of a greater whole in a cocktail, and mezcal is no stranger to these tastes. These days, mezcal is most often used as a flavorful alternative to the sort of liquor we usually use in cocktails, from old standbys like the Bloody Mary (making it into a Mezcal Mary instead) or the Moscow Mule (turning it into – you guessed it – a Mezcal Mule). Mezcal distillery El Silencio has a lengthy directory of these cocktail ideas, and they can serve as an ideal way to see if you like the taste of mezcal in a more familiar setting like inside a daiquiri.

Primer also has a delicious mezcal riff on the Old Fashioned in our It's Friday Have a Drink series. 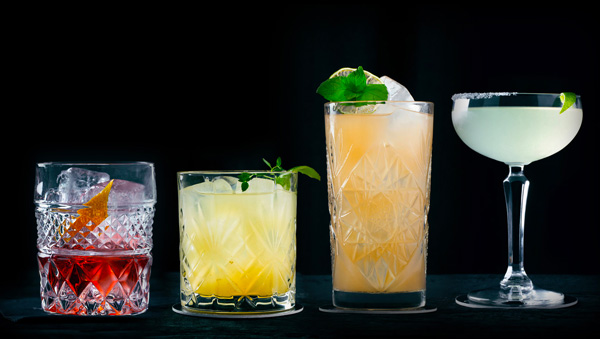 The important thing to remember at the end of all this is that there’s no wrong – or right – way to drink mezcal. A lot of it boils down to personal preference, like with a lot of other liquors, and despite the unique flavor it can find a home in many different cocktails just as well as you can enjoy it neat or over ice. Just like back when you first wanted to try something a little harder than PBR, all that matters is finding a mezcal drink that works for you.

Cocktails & Alcohol
Getting the perfect fit right off the rack is like winning the lottery. Whether you wear suits or selvedge denim, this guide demystifies the process of tailoring and alterations.
Discipline is a skill anyone can learn.
Cutting through the confusion: A breakdown of common knife terminology.
Did You Miss These?
No matter where you find yourself, you can have a great drink in a place with a great vibe. This classic whiskey cocktail is simple–yet tricky to get right. So I asked the Primer community to ... [more]
Bargaining tactics: These science-backed negotiating strategies will help you get what you want.
Button up: Men have about a dozen types of shirt collars to choose from, each with their own advantages and considerations. We break them down.
You don't have to be a traumatized father fighting a fungi-based zombie apocalypse to wear this jacket.
We've researched the best men's winter coats, based on material composition, product rating, and price.
Life can be overwhelming - Here's a proven method used by fighter pilots to make smart decisions fast and stay on top of it all.
And how to build them in under 30 days.
Do these now to keep your style strong and simple.
If you want to know how some rich actor gets in amazing shape, you're in the wrong place.