This cocktail, a modern classic, was invented by the famed Phil Ward at one of New York’s best cocktail bars, Death and Company. They featured it on their first menu in 2007, and it went on to become their best-selling drink. I received their gorgeous cocktail book for Christmas and have been reading my way through it. I’d heard of this one before, but realized I’d never actually made it. Had to change that!

The drink is a delicious blend of agave-based liqueurs and syrups, accompanied by a dash or two of bitters. It doesn’t shy away from tequila’s vegetal flavors, covering them up with lots of sweet-and-sour like most tequila drinks, but instead celebrates them. It’s a lovely sipping drink, and I recommend it highly.

I’ve included the official recipe here, but when I make it I take the mezcal up to a whopping ounce, and double the agave. I like my drinks boozy (and smoky, apparently). 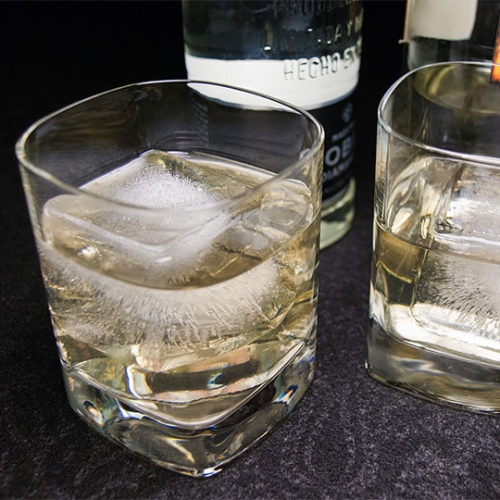 Cocktails & AlcoholIt’s Friday…Have a Drink
With 15 outfit examples to get you started.
Lighten up your winter wardrobe.
Getting the perfect fit right off the rack is like winning the lottery. Whether you wear suits or selvedge denim, this guide demystifies the process of tailoring and alterations.
Did You Miss These?
We discuss the basics of the tuxedo from top to bottom, renting vs. buying, and break down what a black tie invite really means.
Whether you're sharing some wine with friends over a home-cooked meal or celebrating with a bottle of champagne with your girlfriend's parents, getting the details right not only allows everyone to ... [more]
Because you shouldn't be wasting your job seeking time formatting a resume.
Discipline is a skill anyone can learn.
Cutting through the confusion: A breakdown of common knife terminology.
You don't have to be a traumatized father fighting a fungi-based zombie apocalypse to wear this jacket.
We've researched the best men's winter coats, based on material composition, product rating, and price.
Life can be overwhelming - Here's a proven method used by fighter pilots to make smart decisions fast and stay on top of it all.
And how to build them in under 30 days.