sidebar_content
Skip to Main Navigation Skip to Content
Rim the glass with chipotle salt instead of just salt. This adds a nice heat that really works well with the citrusy drink.
13 January,2021By Christopher Buecheler / Photos By Christopher Buecheler
This post may contain affiliate links, read about our editorial promise

The Margarita came to popularity in the 1930 and 40s as people who had fled to Mexico to escape Prohibition brought the recipe back with them. As with most classics, there are many claims to its origin, the veracity of each being equally impossible to prove. What seems clear is that it’s a relative of a popular drink from the pre-prohibition era: the Sidecar (which itself has origins in the Daisy and the Brandy Crusta). It makes sense that, with brandy being much harder to find in Mexico than tequila, people would substitute the local tipple. Little did they know they were giving birth to a drink that would soon surpass all of its ancestors combined in popularity.

I’ve left it out of the recipe here, but when I make margaritas at home, I like to add a splash of Mezcal, which is made from a different type of agave. The plant is dried in wood-fired kilns, so it gets some smokiness to it, kind of like the smoke you find in some scotches, though usually not as strong.

When you make margaritas, do yourself a favor and don’t buy sour mix. That stuff’s gross. Squeeze some fresh lemon juice and use curacao as a sweetener – Cointreau is the mostly commonly recommended, but any decent orange liqueur will work. Your taste buds will thank you!

Additionally, I usually rim the glass with chipotle salt instead of just salt. This adds a nice heat that really works well with the citrusy drink. To make it, just mix equal parts chipotle powder and salt! 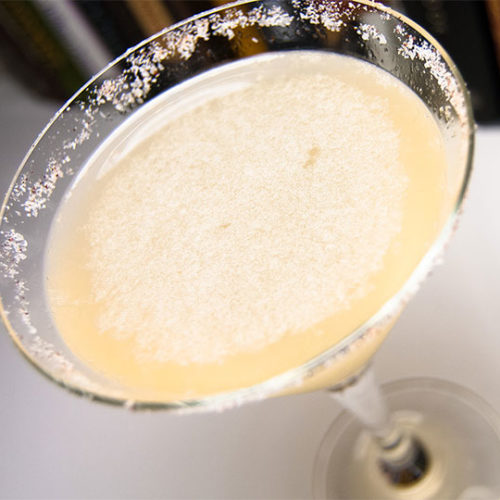 Cocktails & AlcoholIt’s Friday…Have a Drink
Be the talk of the town (or at least the watercooler) with one of these perfect gift swap ideas.
Bundling up doesn't end at your wrists.
Bring your body and mind back into a relaxed state.
Did You Miss These?
Forget lucky coins, magical boxer-briefs, or a crusty rabbit's foot, because your luck is about to change. Whether you're cursed in finding opportunities or prone to strike-outs with beautiful women... [more]
Finally! Here is a woman to set us straight on what we're doing wrong when we talk to them. A guest post from communication coach Katrina Razavi.
Have you ever met a woman you were strangely attracted to but couldn't figure out why? Animal instinct, my friend. Many of the physical cues we identify as 'sexy' have descended from millions of ... [more]
There’s no time like the present to check some names off your gift list.
Your kids need you; your phone doesn’t.
The last hurrah of the Black Friday sales weekend.
Black Friday is here. And we've put in some serious time distilling what's worth shopping and what's worth skipping.
Save on gifts and stock up on essentials.
Cigars are best enjoyed socially - here’s our crash course on how to build the best experience.