These days, sportcoats act more as ornaments to create a dressy appearance, but they’re still coats. There’s no reason you can’t use it functionally too. After all, you paid for the damn thing, you might as well as get some use out of it.
19 December,2017By Andrew Snavely / Photos By Matthew Smith
This post may contain affiliate links, read about our editorial promise

I can hear it now: “But Andrew, actually sportcoats ARE casual jackets. Did you know they were originally made for hunters in the UK?” Yep, that's true, and it's pretty crazy to think that what was essentially the Real Tree Camo of the day is now considered appropriate for a first date. BUT, let's be real. Sportcoats in today's culture are dressy. They're used as a tool to make a statement about the occasion or venue that you're showing up for.

Having said that, I ask you this: Isn't a herringbone sportcoat really just a shorter walker coat? The material is similar, the lapels are the same. The waist suppression is the same.

So if you're a guy on a budget, don't waste a couple hundred dollars buying a sportcoat and then only wear it twice per year when you have a wedding rehearsal dinner to attend. Get some use out of it! Throw it on over a sweatshirt and pair it with dark denim. It'll keep you warm on your journey and you can take it off when you arrive, just as you would any other coat. I would add the caveat that this works specifically with a tweed-like sportcoat like the one I'm wearing. A traditional blue-and-gold-button blazer doesn't work the same. 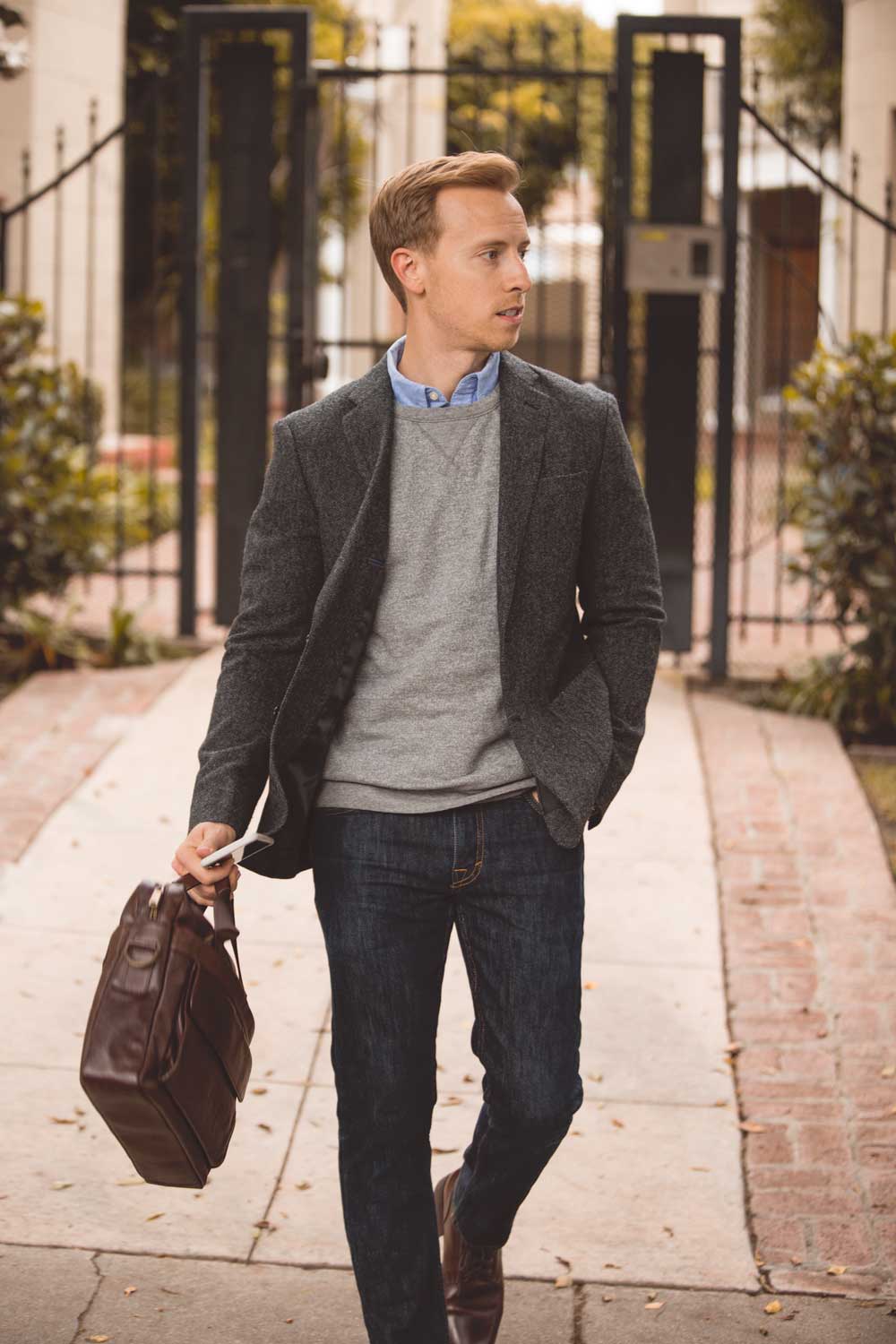 I really like my President boots from Thursday Boots and I find myself wearing them all the time. They're sleek and minimal, skipping the bulk and chunk of other heritage boot styles, making them complementary to everything you wear it with. Dress them up with wool trousers, or rock them with jeans and a henley. You'd be hard-pressed to find a full grain leather boot, Goodyear welt construction, and glove leather lining that doesn't require a break-in under $300. 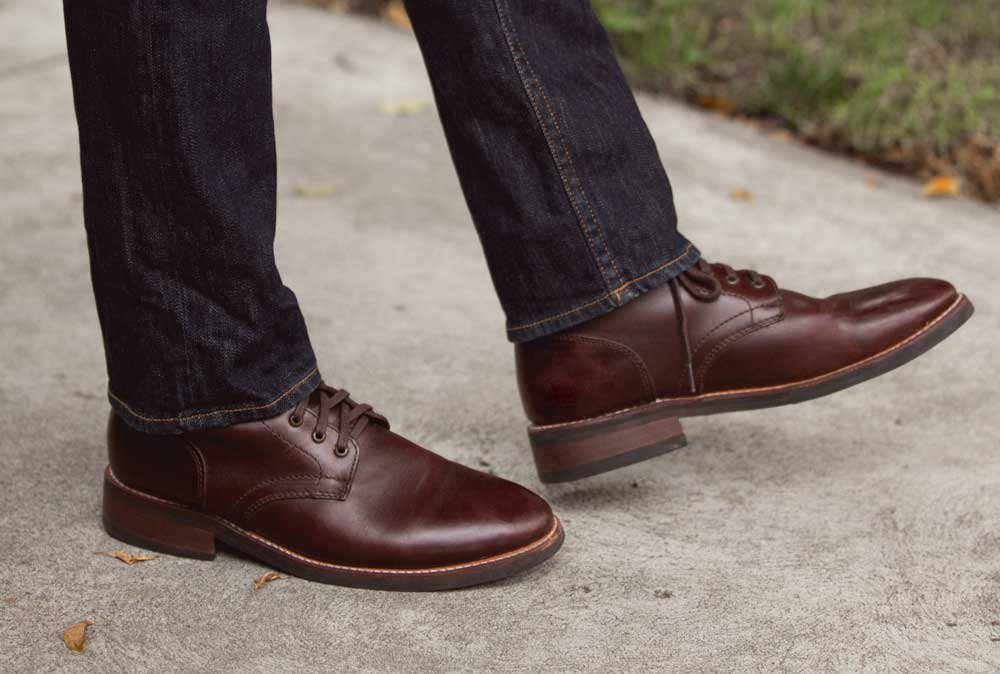 Most briefcases suffer from one of two problems: They either look like they're housing the nuclear codes or you feel silly carrying it anywhere that isn't a boardroom. Similar to the boots, this briefcase from Daniel's NYC has a design that looks appropriate in a coffeeshop or walking into a client meeting with some higher-ups. 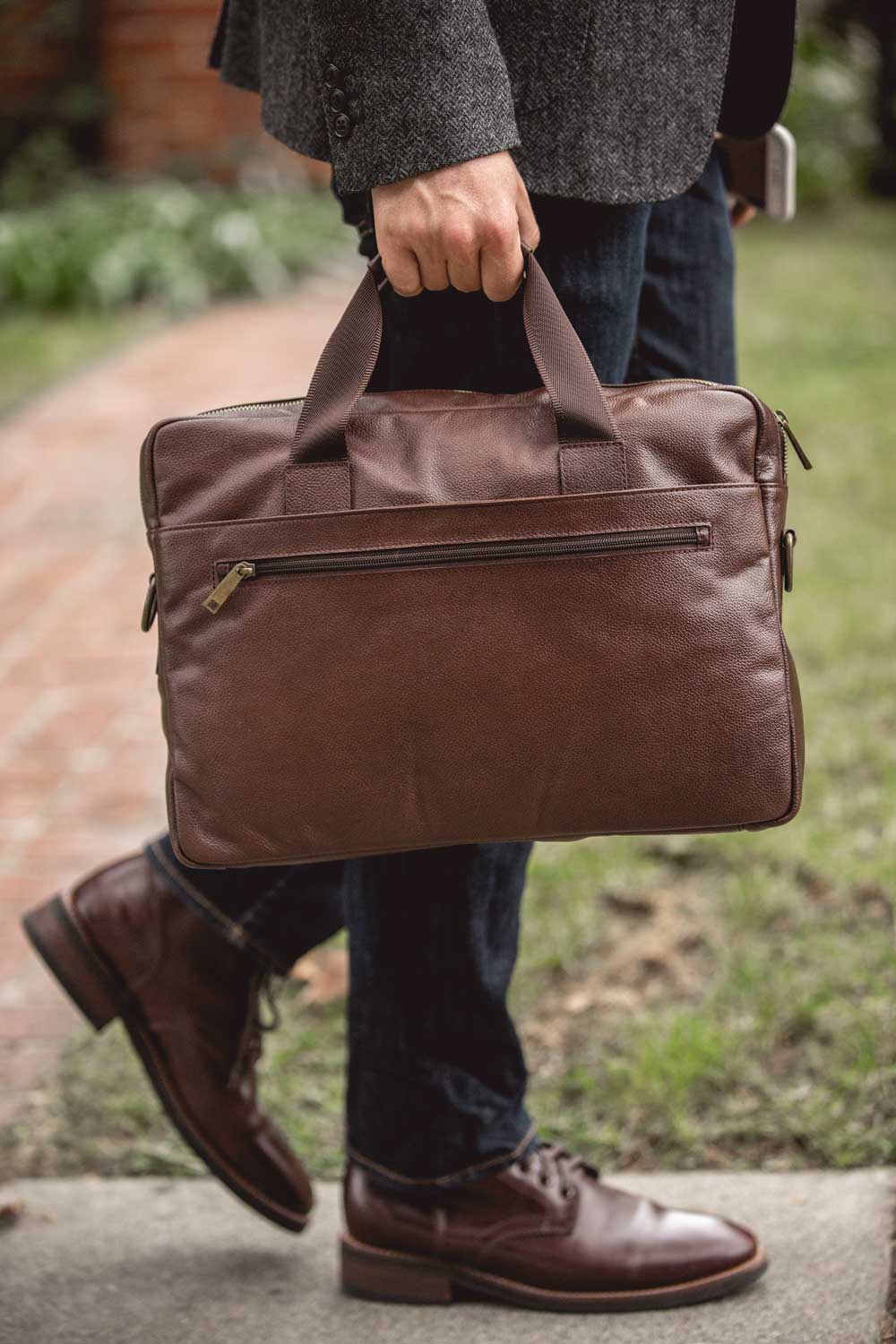 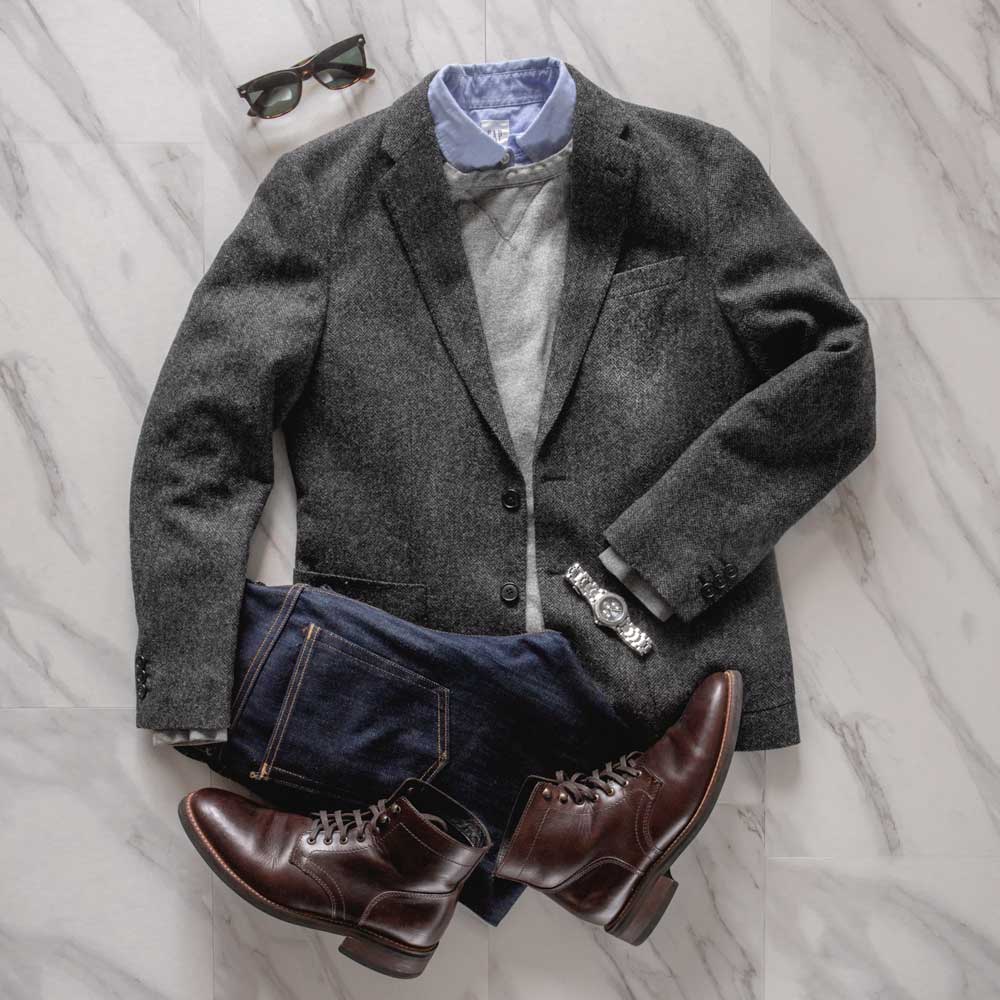 Casual StyleFall StyleLive Action GetupSmart CasualStyleThe GetupWinter Style
Discipline is a skill anyone can learn.
Cutting through the confusion: A breakdown of common knife terminology.
You don't have to be a traumatized father fighting a fungi-based zombie apocalypse to wear this jacket.
Did You Miss These?
If 'casual' to you means old jeans and a baggy t-shirt, it means 'homeless look' to anyone who catches a glimpse of you. Keep up your appearance while staying comfortable and casual with these easy, ... [more]
The What’s, Why’s and How’s of buying a vintage sports car for a third of the price of a new car based on my own experience of buying a '78 Corvette.
Finally! Here is a woman to set us straight on what we're doing wrong when we talk to them. A guest post from communication coach Katrina Razavi.
We've researched the best men's winter coats, based on material composition, product rating, and price.
Life can be overwhelming - Here's a proven method used by fighter pilots to make smart decisions fast and stay on top of it all.
And how to build them in under 30 days.
Do these now to keep your style strong and simple.
If you want to know how some rich actor gets in amazing shape, you're in the wrong place.
A look back as we gear up to move forward.