It may not be Saturday Night, but we’re coming to you live from New York for this week’s installment of “It’s Friday … Have a Drink.” I’m visiting the US’s largest city, a place I called home for four years of my life and still miss on a daily basis, and while I was here I couldn’t resist hitting some of its greatest cocktail bars. One such location is Death and Company, whom I’ve mentioned before in this series, a speakeasy on the Lower East Side that routinely shows up on lists cataloging the world’s best bars.

Death and Company is known not only for their strict first-come, first-serve attitude (there are no reservations and slipping the doorman a fifty won’t get you in any faster), but also for their innovative ingredients and exacting approach to proportions. If you’ve read their recently released cocktail book—and you should—then you’ll know that they love to infuse their liquors and mixers with flavors like chamomile tea, cinnamon bark, fresh herbs, and other ingredients, then combine them with a whole lot of booze to deliver bracing cocktails with tremendous depth of flavor.

I know it sounds like I’m shilling, here, but New York was and is arguably the epicenter of the entire cocktail renaissance, and the people who sling drinks in its top bars really know what they’re doing. If you’re in town, visit Death and Company. You won’t be disappointed. Just get there early or be prepared for a long wait.

I asked the bar’s founder and owner, David Kaplan, about the drink I chose to feature here, the Ides of March. It’s not contained in their cocktail book, as it’s a current menu item. He was gracious enough to provide me with the recipe and gave full credit to its creator, head bartender Eryn Reece. A bracing combination of armagnac, calvados, and two different types of rum, it also uses a hard-to-find cherry liqueur to sweeten things up. A bit of ground cinnamon proves a surprising complement.

This is a good spot to talk about differences in rum. You may be wondering why this drink uses two kinds, when it seems like one really nice aged rum would get the job done. The reason is because the rum made on former and current French islands (such as Martinique) differs in its production from the rum made on other islands. Called Rhum Agricole, it’s distilled from pressed cane sugar juices, rather than from molasses or demerara sugar. This lends the rum a grassy, funky note that is wildly different from the cleaner, more brandy-like rums found elsewhere. You can definitely taste it in this drink, and without it the cocktail would be lacking a certain je ne sais quoi.

In fairness to Death and Company, I’ve included their exact original recipe here, which uses several high quality ingredients. If you’re looking to formulate a decent facsimile on a somewhat more reasonable budget, check out the suggestions in parentheses. 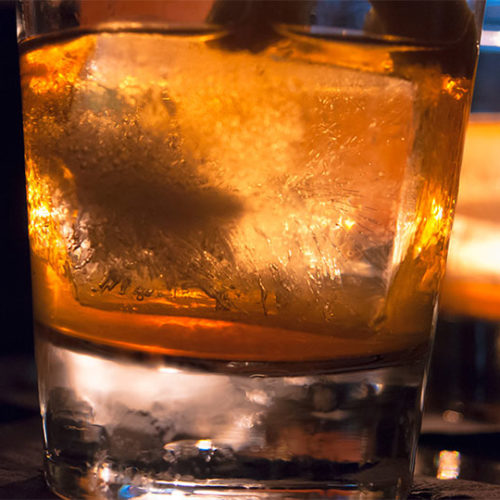 The Ides of March Cocktail Recipe

Cocktails & AlcoholIt’s Friday…Have a Drink
Great, dressier summer style at an attractive price.
Summer Wedding ✓Office ✓ Looking like Model ✓
Look forward to dressing sharp when it's sweltering.
Did You Miss These?
As it turns out, philosophy is a lot more useful when you’re out in the real world rather than in a classroom.
Simplify your life and have better style.
Feeling down in the dumps? In a rut? Worthless and self-loathing? You’re in luck, because the doctor is in and he’s got just the prescription for you: get off your flabby ass and move.
To master your life, you have to master yourself first.
Simple and very effective.
Add a new option to your rotation.
The best Father's Day gifts (that aren't a "#1 Dad" mug).
When you find a staple that works for you, upgrade to a version that features unique design details, premium materials, or sustainable construction.
Let's do summer on purpose.