sidebar_content
Skip to Main Navigation Skip to Content
See the world from Bond’s point of view.
25 August,2019By Ali Zagat
This post may contain affiliate links, read about our editorial promise

It’s vital for a secret agent to blend in. But when you’re an iconic spy of page and screen, you also have to stand out. That’s why everything James Bond does, he does with style.

Bond has been a major influence on men’s fashion since Dr. No premeried in 1962. And while 007’s wardrobe has changed with the times, some key pieces have become his hallmarks. (We did a round-up of the brands of Bond, if you’re curious.)

The cars. The suits. The watches. Over the years, the films’ designers and costume departments have established distinctive motifs that say “Bond. James Bond.” as confidently and definitively as a vodka martini.

Shaken, not stirred, of course.

In 2020, Daniel Craig will once again suit up to play Bond in No Time to Die (up until recently known as “Bond 25”). The press photos show few surprises–clean-shaven and well coiffed, Craig is dressed to kill in a glen check suit, a favorite Bond style dating back to the beginning. (Here’s how you can get Craig’s Skyfall look for less. Want to go the extra mile? Change up your hairstyle for Craig’s classic cut.)

On his wrist is another 007 essential: a diver’s watch. It’s hard to tell the details of the model from the photos, but some 007 style aficionados have speculated that it’s the classic Bond choice: an Omega Seamaster. If you don’t have several thousand dollars (or access to a top of the line timepiece provided by Q), check out our favorite diver's watches under $500.

So far, this all feels very par for the course for Bond. One thing sticks out as new and unexpected: his sunglasses. 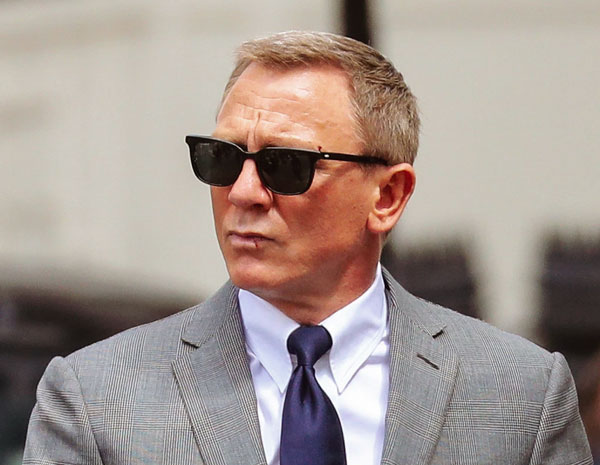 Over the course of more than 20 films, Bond has often shielded his eyes with Persol or Tom Ford shades. Handsome, but otherwise unremarkable–except as a vehicle for some high-tech gadgetry.

Craig is wearing a pair of black-framed Barton Perreira sunglasses with the simple moniker of “Joe”. But the unpretentious name of this model belies its distinctive silhouette. The angular acetate frame is thicker than what Bond has worn in previous films, with square lenses rather than a traditional rectangular or pilot shape. Instead of a “keyhole” bridge, which creates a more retro feel, the bridge is smoothed out. The effect is striking and modern, and more sophisticated than a performance-based aviator lens.

The Joe is available for pre-order in December, and you can get the similar Heptone model from them now. But if shelling out $400, for sunglasses isn’t your thing, we’ve got a few other options. Below you'll find the options compared to the real thing, with arrows point out notable deviations.

At first glance, you may assume that a classic wayfarer style pair of sunglasses would be the easy way to go, but in our first comparison, you can see the angles and design are actually quite different: 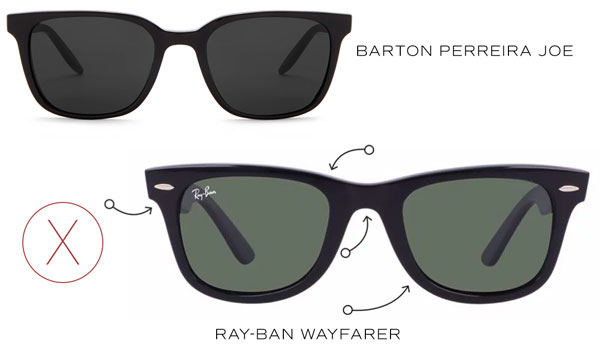 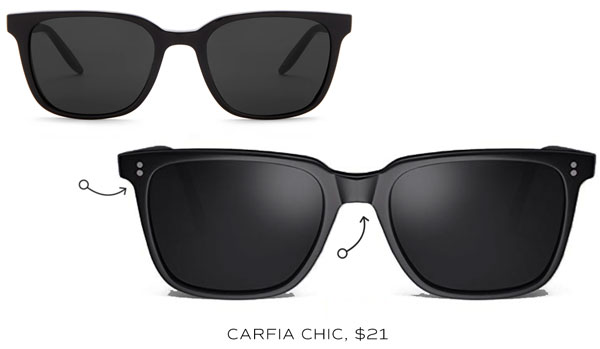 The metal accents on the frame and temples here are a nice touch. 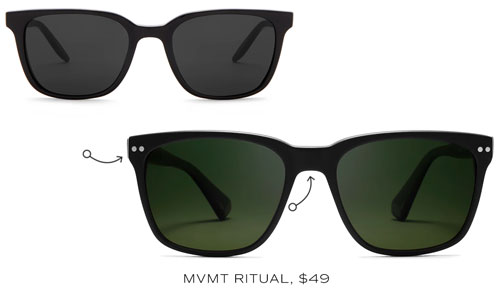 The “Ritual” style from MVMT is a good match, especially if you choose black frames. The dark green lenses aren’t an exact match, but the shape of the bridge is very close. 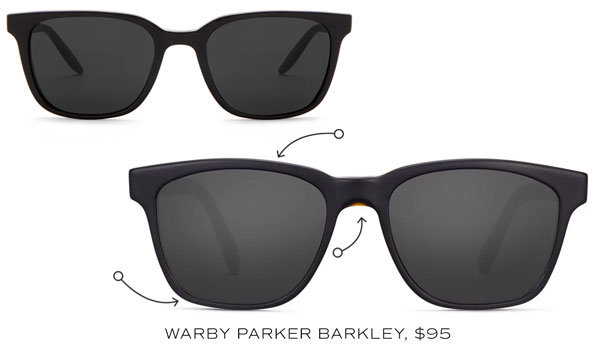 If you have a wider face or higher cheekbones, the low bridge Barkley might be more comfortable for you. 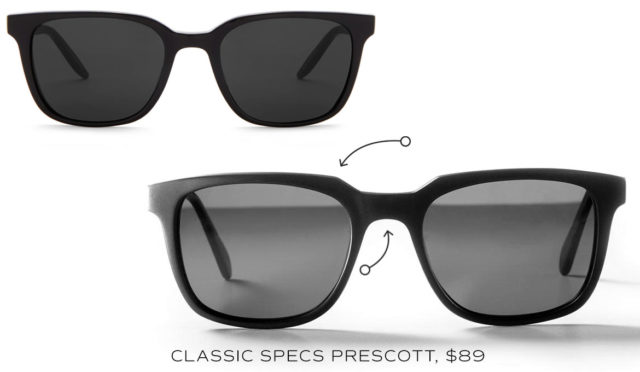 Although slightly more geometric, the Prescott is a handsome alternative.

Are you taking any style cues from Bond this time around? What’s your favorite fantasy piece of Bond gear?

AccessoriesStyleSunglasses
Getting the perfect fit right off the rack is like winning the lottery. Whether you wear suits or selvedge denim, this guide demystifies the process of tailoring and alterations.
Discipline is a skill anyone can learn.
Cutting through the confusion: A breakdown of common knife terminology.
Did You Miss These?
Getting the fit right of your untucked shirts is the key essential to having a sharp, intentional style. We'll show you how to check for proper length, width, and sleeve length in the fitting room.
Discipline is the key to all hard things – but it is so much more than just "forcing yourself to do things you don't feel like."
Button up: Men have about a dozen types of shirt collars to choose from, each with their own advantages and considerations. We break them down.
You don't have to be a traumatized father fighting a fungi-based zombie apocalypse to wear this jacket.
We've researched the best men's winter coats, based on material composition, product rating, and price.
Life can be overwhelming - Here's a proven method used by fighter pilots to make smart decisions fast and stay on top of it all.
And how to build them in under 30 days.
Do these now to keep your style strong and simple.
If you want to know how some rich actor gets in amazing shape, you're in the wrong place.