“Kingsman: The Secret Service” was one of the biggest box office surprises of 2014 and one of my favorite movies that year. The film is an adaption of Mark Millar’s so-so graphic novel that was turned into a deliciously violent send-up of the classic Bond tropes. Rather than being entirely parody, it instead stood incredibly well on its own as a solid action-spy flick which balanced action and humor. I think that the Bond franchise’s attempt to have a bit more fun with the character, 2015’s “Spectre,” could have learned a thing or two from Kingsman.

In addition to just being damn fun to watch, Kingsman was incredibly stylish and, impossible as it might seem, even more overtly unapologetic in its British sartorial choices than a Bond film. From their double-breasted Savile Row tailored suits and the Bremont watches on their wrists, everything about the costume design of Kingsman was meant to come across as almost stereotypically British. This was a refreshing contrast to Bond’s more international flavor. After all, Daniel Craig’s Bond now wears suits by American designer Tom Ford*, watches by Swiss watchmaker Omega, and he drinks Heineken beer.

*To be fair Tom Ford came to fame with his work in European fashion houses.

Perhaps the character that stood out to me the most, sartorially at least, was Mark Strong’s Merlin. All of the Kingsmen take their codenames from Arthurian legend. Their leader is codenamed Arthur and the main character, Eggsy, takes the codename Galahad. Just like the Merlin of Arthurian legend is set apart from the Knights of the Round Table, the Merlin of Kingsman inhabits a different role than the other agents. Not only does he train new agents, he also acts as the quartermaster, supplying all of the weapons and gadgets used by the field agents. Costume designer Arianna Phillips emphasized this with his appearance as well. While most of the Kingsmen are decked out in wool two piece suits, Merlin spends most of his time in a v-neck commando sweater and a dark plaid field jacket.' 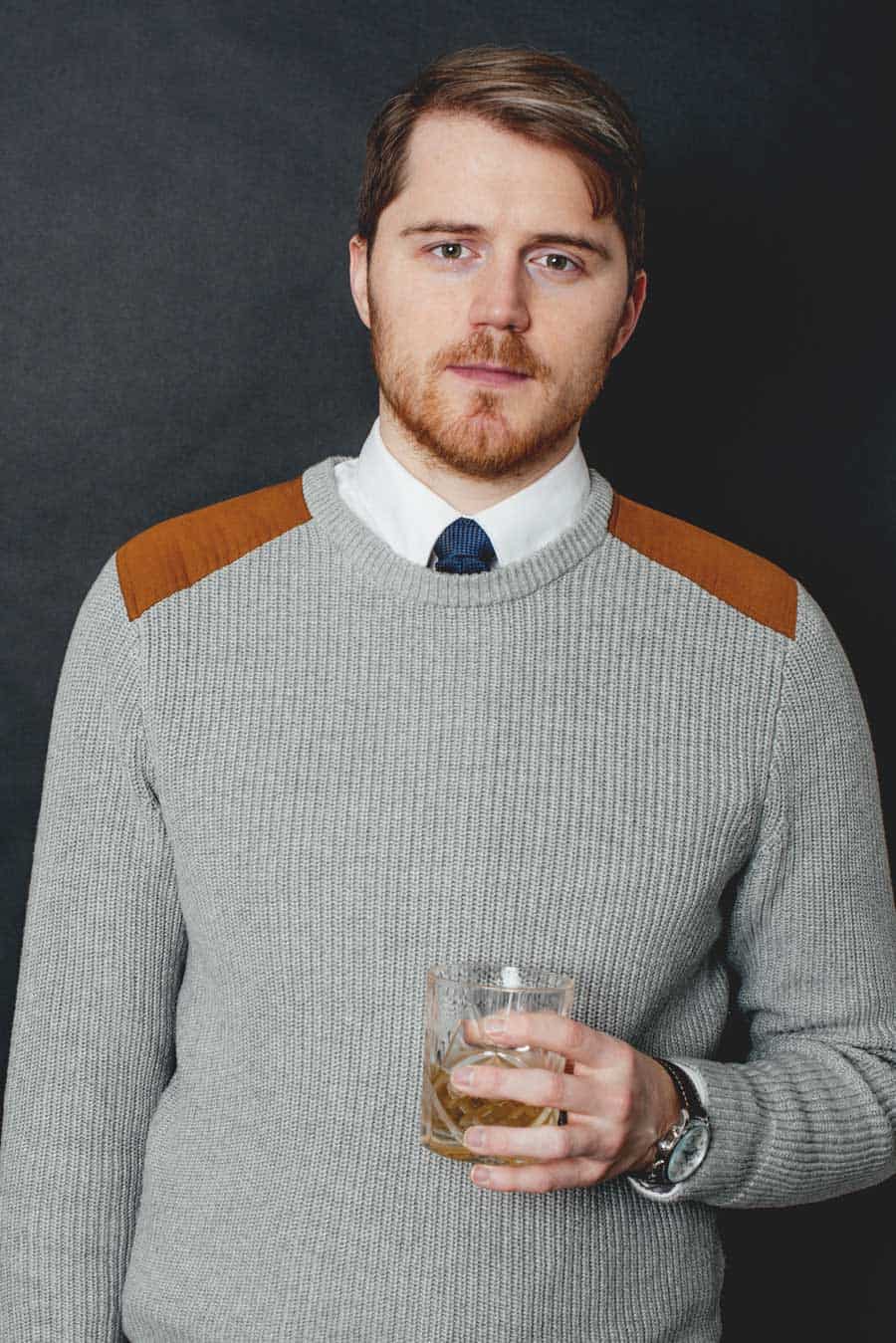 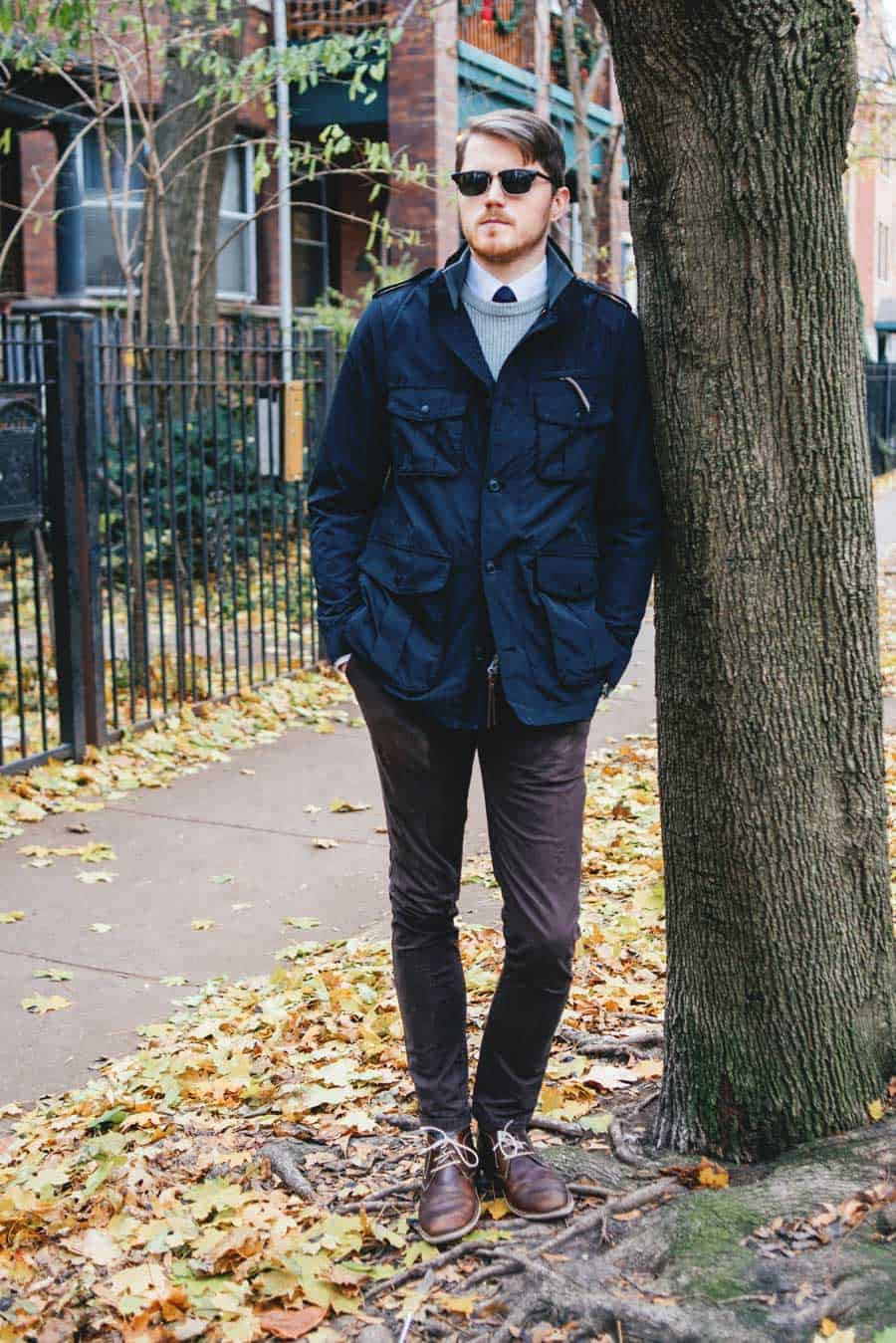 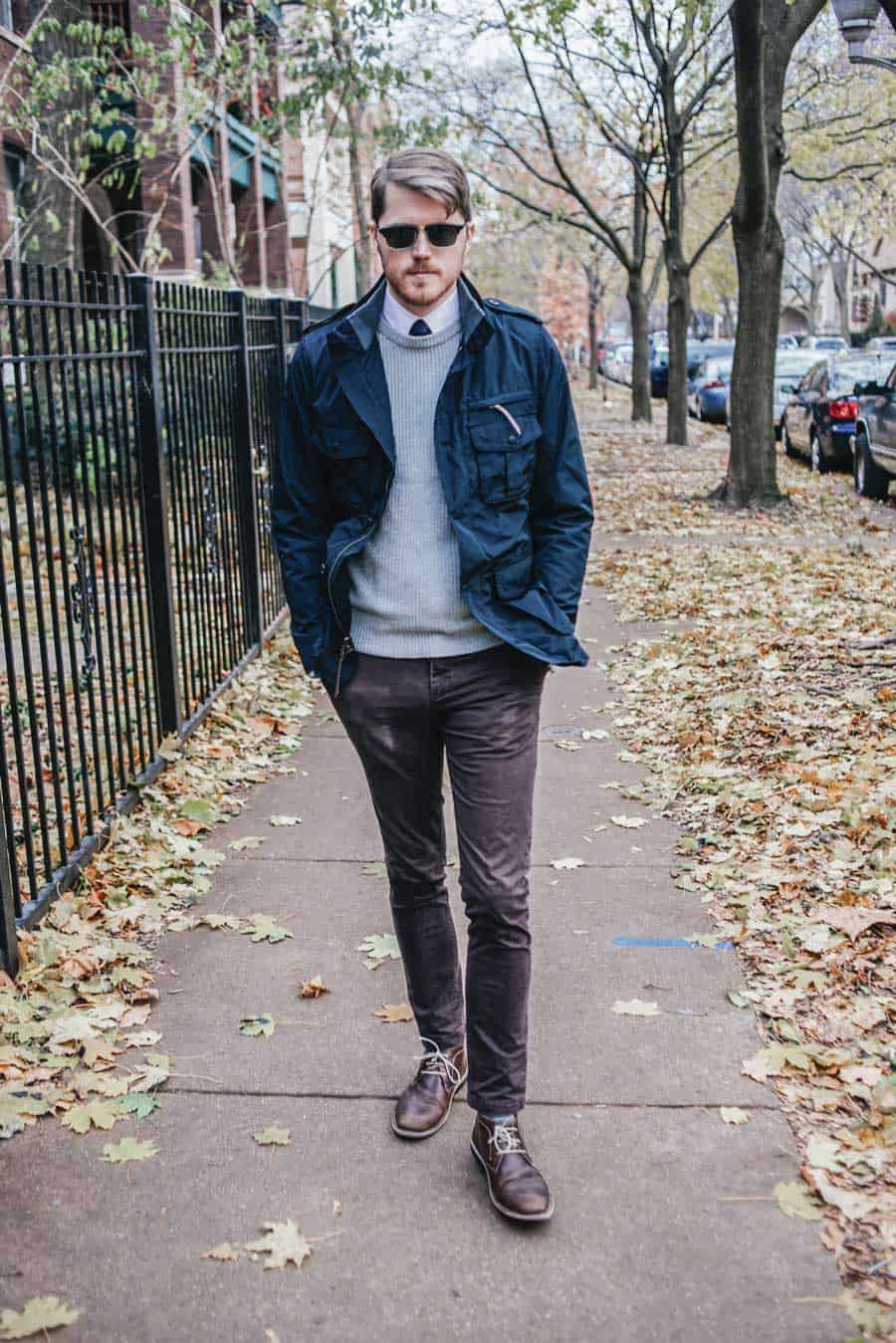 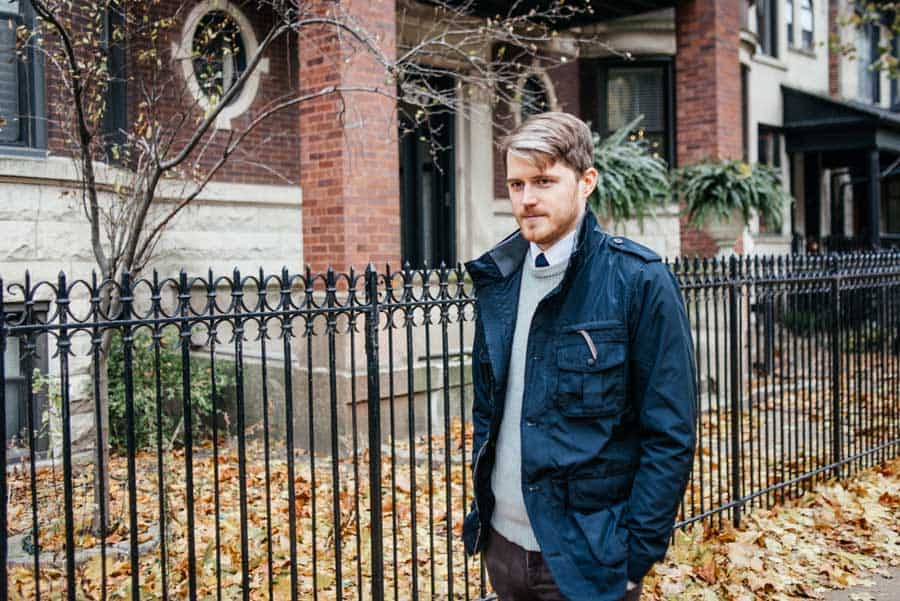 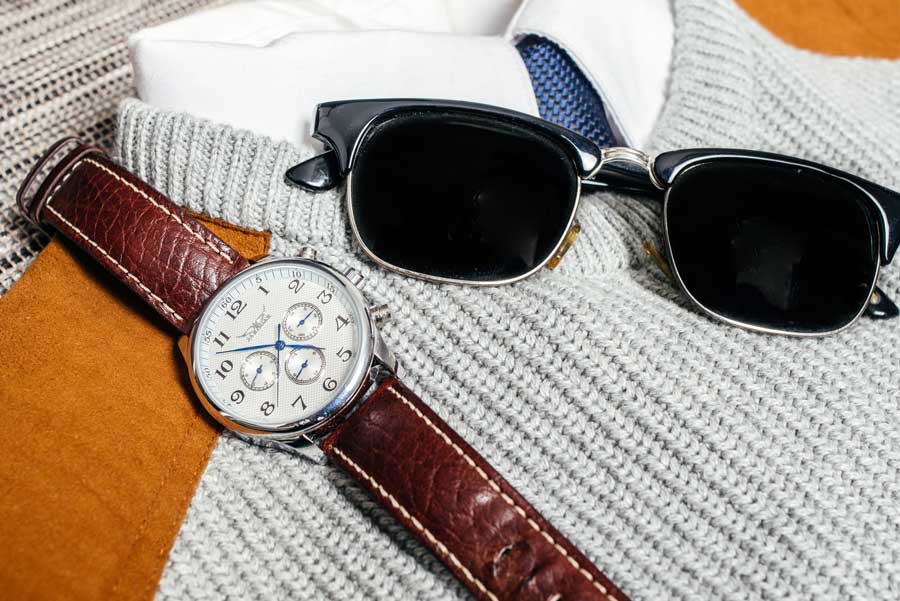 The commando sweater, with its heavy ribbing and shoulder patches, is the standout piece for this character. The commando sweater was originally worn by British SAS units in World War II and has been a staple of the outdoors, police and military units, and menswear ever since. With his thick Scottish accent and commando sweater, Merlin stands out as more of a salt of the earth type than the refined Kingsman field agents with their proper English schoolboy accents and tailored suits. It’s a nice bit of subtle character work that helps to make Merlin a fleshed out character without having to give an elaborate backstory.

When the film was released, Arianna Phillips actually teamed up with MR PORTER and released a whole line of clothing based around the costumes in the film. Unfortunately, everything in that collection was a bit rich for my blood, but luckily I had a lot already in my closet that I could use to capture the vibes of the Kingsman collection.

Pairing the ribbed commando style sweater from J. Crew Factory with a shirt and tie gets you a lot of the way there with the Merlin look. Throw on a pair of browline sunglasses like the Ray-Ban Clubmasters (or the knockoff of your choice) and the Lands' End military jacket from the Skyfall look, and you have a pretty good approximation of Merlin’s smart casual outfit.

If you're a fan of this flick, the sequel Kingsman: The Golden Circle comes out in October 2017.

Fall StyleLive Action GetupMenswear at the MoviesSmart CasualStyleThe GetupWinter Style
Getting the perfect fit right off the rack is like winning the lottery. Whether you wear suits or selvedge denim, this guide demystifies the process of tailoring and alterations.
Discipline is a skill anyone can learn.
Cutting through the confusion: A breakdown of common knife terminology.
Did You Miss These?
Despite what you may think, you do have options when it comes to dress pants. Check out some of our top picks.
Serve drinks that don’t taste like paint thinner without breaking the bank
Our most important article ever – with insight from a 9/11 survivor, fire battalion chief, and crisis psychologist.
You don't have to be a traumatized father fighting a fungi-based zombie apocalypse to wear this jacket.
We've researched the best men's winter coats, based on material composition, product rating, and price.
Life can be overwhelming - Here's a proven method used by fighter pilots to make smart decisions fast and stay on top of it all.
And how to build them in under 30 days.
Do these now to keep your style strong and simple.
If you want to know how some rich actor gets in amazing shape, you're in the wrong place.