sidebar_content
Skip to Main Navigation Skip to Content
The cocktail is usually summed up as “A Manhattan with Scotch” which is not inaccurate, since that’s exactly what it is.
18 January,2021By Christopher Buecheler / Photos By Christopher Buecheler
This post may contain affiliate links, read about our editorial promise

According to Wikipedia, the Rob Roy was invented in 1894, put together by an unnamed bartender at New York’s Waldorf Astoria hotel. The drink was made to commemorate an opera about the Scottish folk hero (played by Liam Neeson in 1995’s movie of the same name).

The cocktail is usually summed up as “A Manhattan with Scotch” which is not inaccurate, since that’s exactly what it is. But that description kind of glosses over the truth of the drink, which is that it’s much more customizable than a Manhattan. Scotch, as Primer’s Visual Guide to Whiskey shows, comes from four separate regions of Scotland (not to mention Japanese whiskeys, which are mainly scotches that just happen to come from another country). Each region imparts its own flavors to the whiskey, and even within those regions the variances can be huge.

I’m not saying that “bourbon is bourbon” or “rye is rye”, but in general there is less variance within those spirit types than there is within scotch, which means your choice of whisky in a Rob Roy will have a large impact on what the drink tastes like. A soft, blended whisky will stay closer to a traditional Manhattan, in terms of flavor, than a big, smoky Islay offering. My recommendation: try some scotches neat, first, to determine what you like, and then work from there. 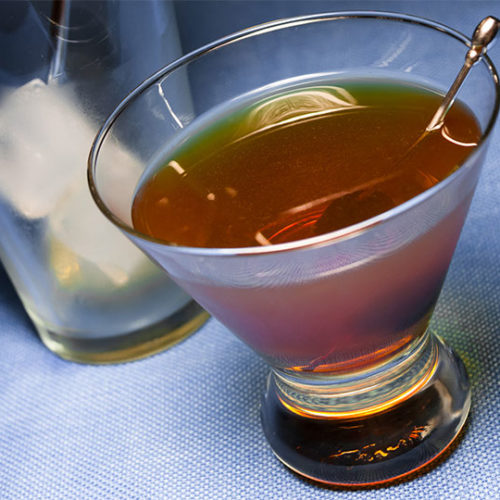 Cocktails & AlcoholIt’s Friday…Have a Drink
+ the best brands for the look
You either ride their waves or get crushed.
The indispensable casual staple.
Did You Miss These?
Whether you're sharing some wine with friends over a home-cooked meal or celebrating with a bottle of champagne with your girlfriend's parents, getting the details right not only allows everyone to ... [more]
Plus: our budget-friendly picks to help you add some Scandi flair to your living space!
After reading through this guide, you should have a working knowledge of the different types of wine and enough vocabulary to set out and buy your first serious bottle. (And maybe impress your ... [more]
Time to get out of town.
Screens off, fresh air acquired.
Be the best you can be.
Colorful summer style.
Are your shelves a stylish, functional contribution to your room or open-faced clutter?
Great work style when your local culture KNOWS heat.