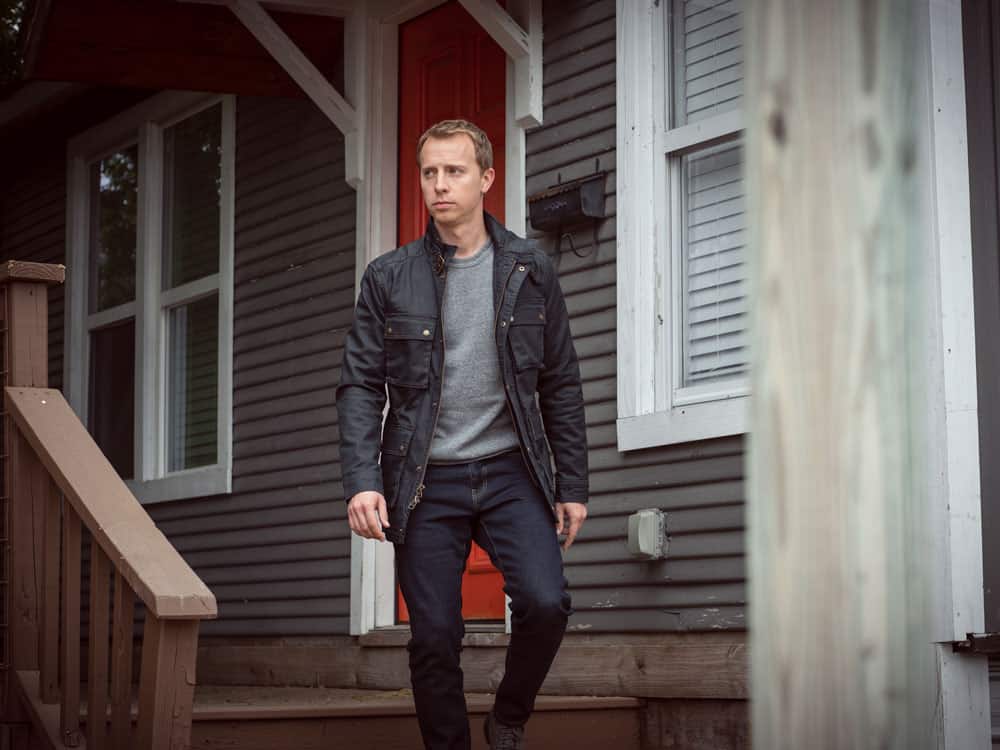 It’s a style popularized by Steve McQueen in the 1960s that’s since come roaring back into popularity: the British motorcycle jacket.

Originally pioneered by the British brand Belstaff, this style of trim, hip-length motorsports-inspired outerwear has become bigger than the original. “Belstaff” has informally come to mean a style as well as a brand… kind of like Kleenex is both a facial tissue and a trademark.

It’s easy to see why. The jacket evokes an era of motorcycle culture that’s unmistakably British and vintage. No wonder megastars like Brad Pitt, David Beckham, and Johnny Depp have been seen out and about in them… after all, every movie star is secretly (or not so secretly) trying to be Steve McQueen. 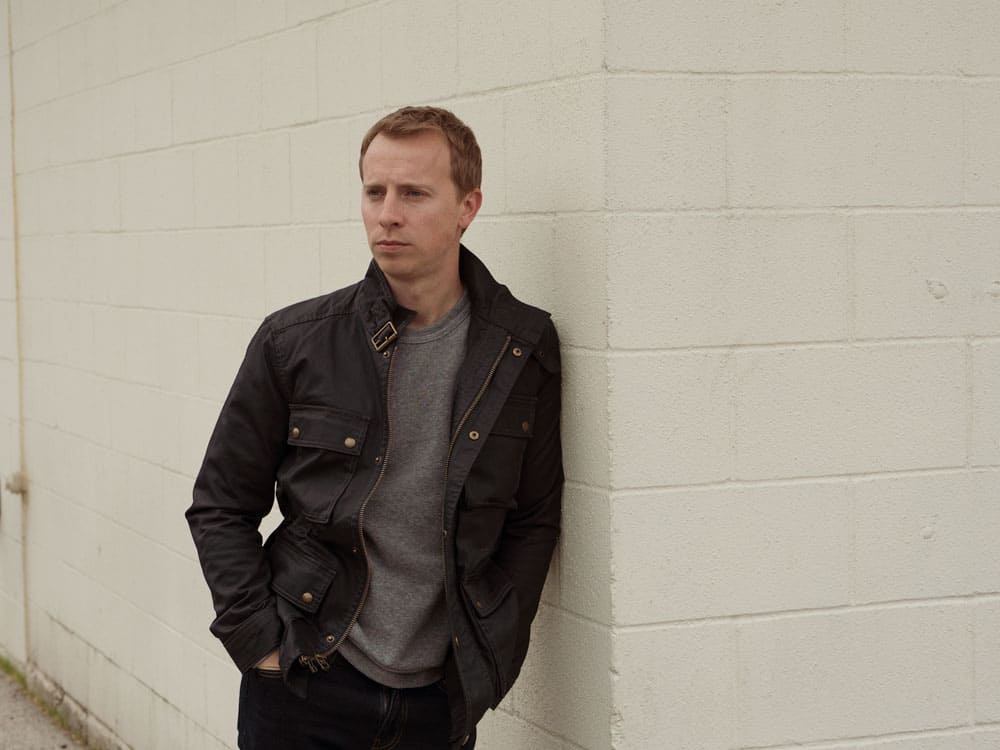 The trouble? The original and designer alternatives start at $700. This model from the Amazon house brand Goodthreads hits many of the features in this style: four snap-closure chest and waist pockets, a belted neck closure, contrasting stitching, and cotton exterior.

Springtime means cool mornings and often cold evenings, and the lightweight Black Watch plaid flannel body lining gives it the little bit of insulation needed to make it ideal for changeable spring weather or the onset of fall. 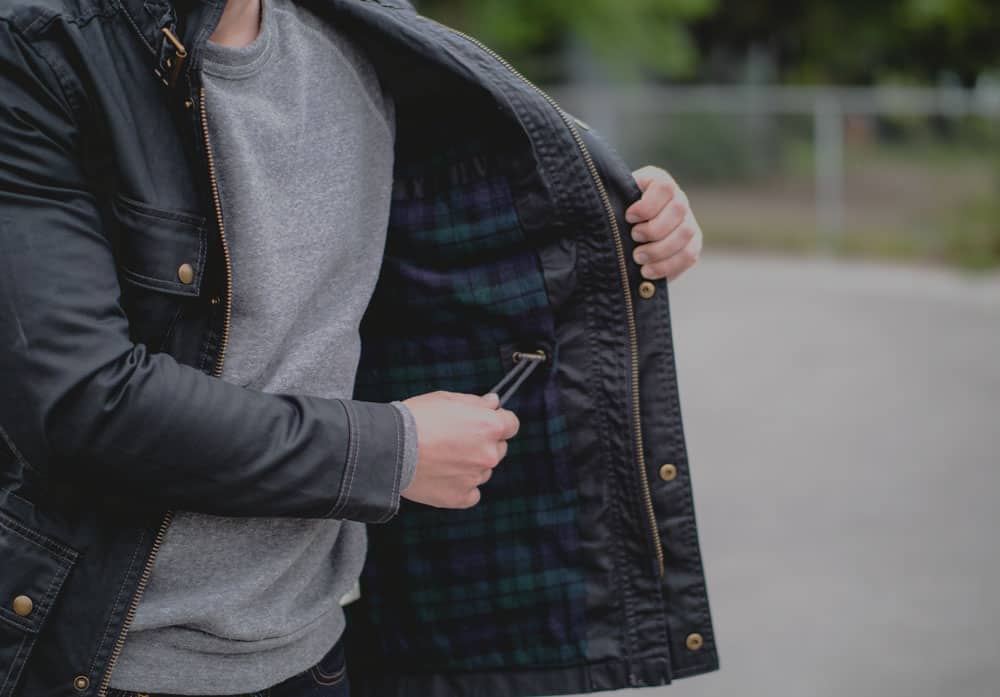 One feature we really appreciate is a drawcord on the interior waist, which allows you to control how tailored the jacket looks on the fly. Midsection bagginess is a huge problem with most jackets — if they fit your shoulders and chest, the straight cut equals too much fabric from the waist down. The Goodthreads Moto jacket addresses this with the drawcord, which is adjustable depending on what you’re wearing underneath. 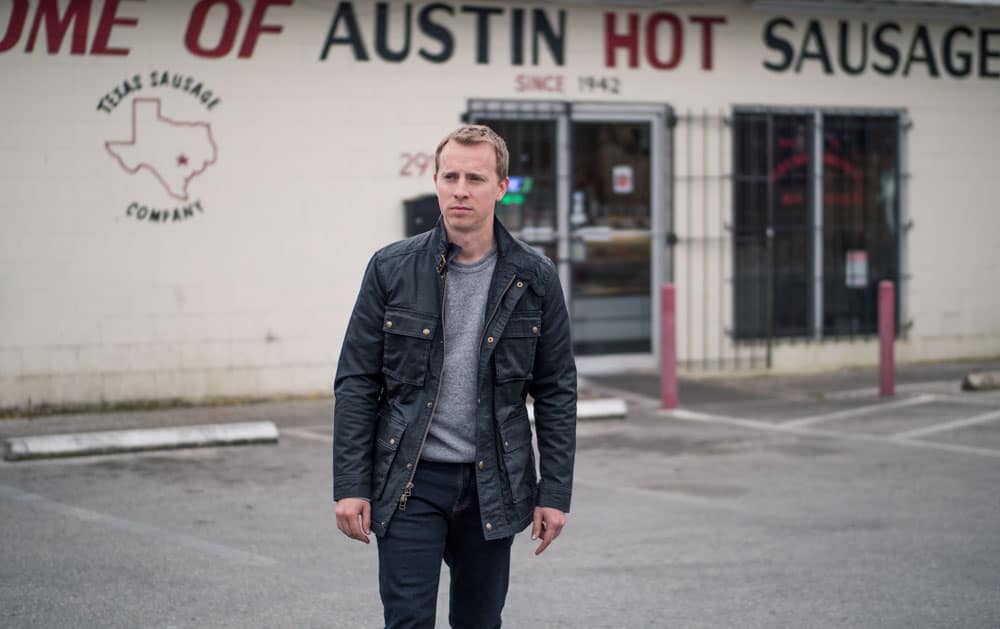 Reviewers have noted that the “coated” Moto jacket isn’t true waxed cotton, as more upmarket models in the segment feature. Our testing backs this up: if you’re caught in a deluge while riding your Triumph Thruxton across the winding backroads of the Skyfall estate, the jacket won’t repel water for long.

Overall, the Goodthreads Moto jacket is a competent entrant to the wildly popular British heritage moto jacket style, at about a fifth of the cost of an imported duty-ready model. Wear it spring and autumn, layer it or rock it with a simple t-shirt underneath — either way, you’re going to grab some attention and maybe confuse a few onlookers… “Is that Steve McQueen’s grandson?”

Check it out on Amazon
This post may contain affiliate links, read about our editorial promise

Casual StyleFall StyleOuterwearSpring Style
Getting the perfect fit right off the rack is like winning the lottery. Whether you wear suits or selvedge denim, this guide demystifies the process of tailoring and alterations.
Discipline is a skill anyone can learn.
Cutting through the confusion: A breakdown of common knife terminology.
Did You Miss These?
A timeline for when you're ready to upgrade your timepiece.
What do you stand for?
Modern cars don't require as much attention as they did 50 years ago, but don't let that give you a false sense of security – there are still several things you need to keep after.
You don't have to be a traumatized father fighting a fungi-based zombie apocalypse to wear this jacket.
We've researched the best men's winter coats, based on material composition, product rating, and price.
Life can be overwhelming - Here's a proven method used by fighter pilots to make smart decisions fast and stay on top of it all.
And how to build them in under 30 days.
Do these now to keep your style strong and simple.
If you want to know how some rich actor gets in amazing shape, you're in the wrong place.