Maybe they’re plastered with beer logos like they belong in a NASCAR race or maybe it’s proudly bedecked with the stars and stripes. The sole may even have a built-in bottle opener… because why wouldn’t you want to open a beer with something that’s been touching the ground all day? No matter what’s on them, they’re almost certainly worn down under the toes and shaped to match the contours of your feet. Now’s the time to rid your closet of those old sand-flaked flip flops and pick up the grown-up alternative: canvas espadrilles.

You’ve probably seen them more often than you realize. Classic summer footwear with a centuries-old pedigree, the canvas espadrille keeps your foot covered but cool in warm weather. After all, no one wants to see your toes. You don’t even want to see your toes.

Where did they come from?

Espadrilles may be one of the oldest forms of footwear still worn today. Although thought to have existed in some form for thousands of years prior, it was a document in 1322 that first documented “espardenyes,” the Catalan name for this regional shoe soled with esparto grass.

Esparto is a tough grass used for making rope. As esparto is endemic to the Western Mediterranean, France and Spain pioneered the manufacture of esparto-soled shoes, and the word “espadrille” itself is derived from the Occitan language spoken in southern France’s Occitania region. Espadrilles’ rising popularity during the 20th century meant that some makers needed to find a more cost-effective replacement for esparto rope. Jute, an off-white vegetable fiber common to Bangladesh, is roped or braided to create the soles of most modern espadrilles. Bangladesh even exports jute to areas like France or Spain where the original esparto-soled espadrille was born.

Like all fashion, the espadrille’s popularity is cyclical, making cultural appearances on the feet of Sean Connery’s James Bond in the mid-1960s and twenty years later as the pedi-complement to Don Johnson’s pastel suits as Sonny Crockett on Miami Vice. (Not that we’d necessarily recommend Sonny Crockett as a paragon of timeless style.) Now, espadrilles are again on the rise for another menswear comeback in the 2010s. What is an espadrille?

With some variations, the standard espadrille resembles a one-piece slipper with a rope sole. Uppers can be canvas or cotton fabric in any color or pattern, but it’s the distinctive esparto or jute rope sole that distinguishes an espadrille from its summer footwear brethren. While espadrilles certainly do have unisex appeal, its fondness among masculine icons like Humphrey Bogart, Ernest Hemingway, and John Wayne proves that there’s nothing wrong with wearing a shoe that will make your girlfriend proud to join you for those proverbial long walks on the beach. The most common type of espadrille is a slip-on shoe with simple construction, however some are made with exposed heels and cage-style laces around the ankle as Lauren Bacall wore in Key Largo. (Evidently, espadrilles were the favored casual shoe for both Mr. and Mrs. Bogart.) This latter style is more frequently found on espadrilles marketed to women although they do share similarities with these Basque-laced shoes worn by a young John F. Kennedy.

Of course, you don’t need the swagger of Bogie, Papa, or Duke to pull off espadrilles with aplomb.

“The grass was lush underfoot after the pine-needle floor of the forest and the dew on the grass wet through their canvas rope-soled shoes.” – Ernest Hemingway, For Whom the Bell Tolls, Chapter Three.

How to wear espadrilles

The closer you are to water, the better you’ll look in espadrilles. In fact, they’re the only footwear you should need to pack for a weekend at the beach.

They may be rigid at first, but the more they’ve been worn (by you!), the better they’ll feel each time you slip them on.

Plan on wearing them sockless (or with a pair of no-show socks for the same “sockless look”), which also means taking some easy measures to keeping them fresh. Remember our Ziploc-baggie in the freezer trick with the boat shoes? Works just as well with your espadrilles.

Built for keeping your feet covered but cool in warm weather, espadrilles are the perfect complement to clothing that does the same job such as shorts or summer-weight cotton or linen trousers. Espadrilles look equally great with swimming trunks at a pool party as they do with a linen suit at a beach wedding. 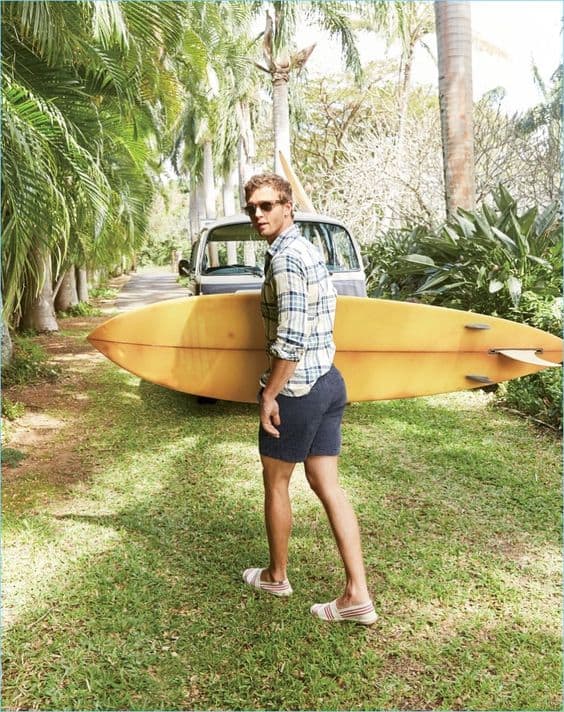 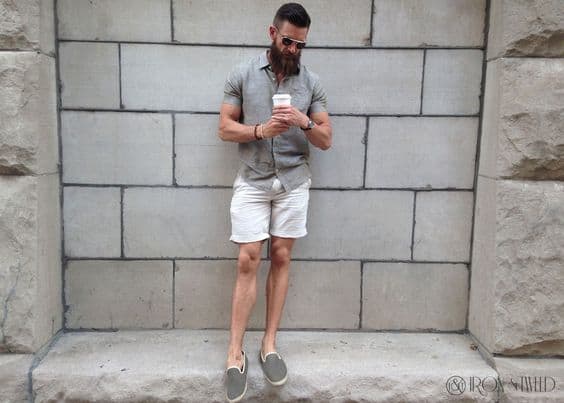 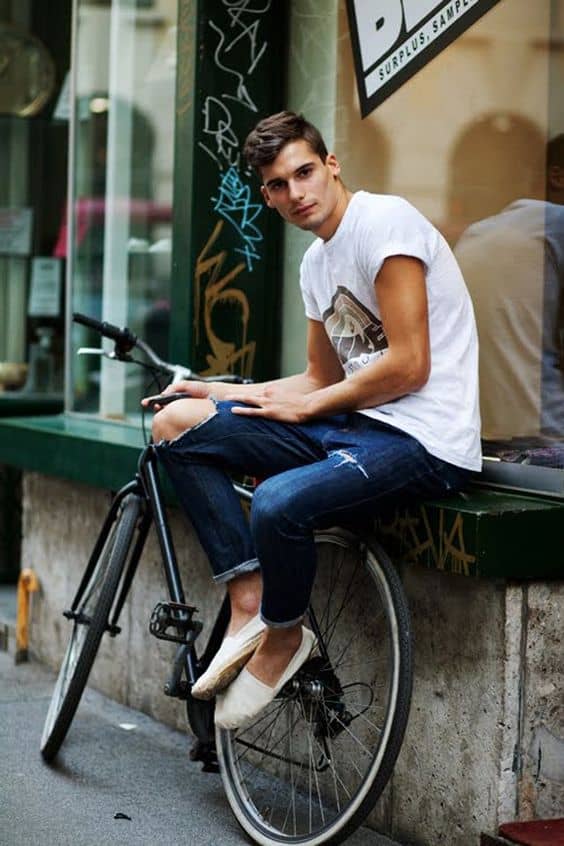 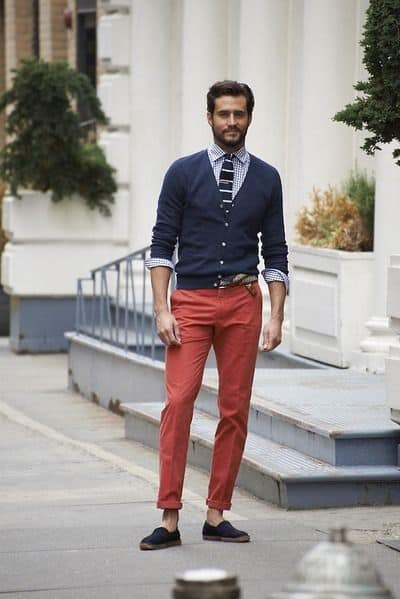 Where to get espadrilles

Not sure yet if espadrilles are for you? Try this affordable pair shown above from H&M for $18.

If you want a pair that you can trust to last several summers, Soludos and Viscata are two brands that offer well-regarded espadrilles in the affordable range of $35-$55, available from Amazon. In addition to classic shades of blue, taupe, and gray, rose pink and striped canvas espadrilles are available for the more daring wearer. Have you incorporated espadrilles into your summer style?

Shoes & BootsStyleSummer Shoe SeriesSummer Style
Lighten up your winter wardrobe.
Getting the perfect fit right off the rack is like winning the lottery. Whether you wear suits or selvedge denim, this guide demystifies the process of tailoring and alterations.
Discipline is a skill anyone can learn.
Did You Miss These?
Most men see patterns and run for the hills. Patterns don't have to be scary and when used properly they will only enhance a lackluster wardrobe. Learn how to identify and wear the following ... [more]
Simplify your life and have better style.
The most masculine shirt is also the most versatile.
Cutting through the confusion: A breakdown of common knife terminology.
You don't have to be a traumatized father fighting a fungi-based zombie apocalypse to wear this jacket.
We've researched the best men's winter coats, based on material composition, product rating, and price.
Life can be overwhelming - Here's a proven method used by fighter pilots to make smart decisions fast and stay on top of it all.
And how to build them in under 30 days.
Do these now to keep your style strong and simple.