Before we talk about this cocktail, let’s talk about orgeat. I’ve used it in this column before, specifically in the Alligator cocktail, but this application is perhaps the best-known in the cocktail world. Orgeat (pronounced or-zhah or or-zhaht if you want to offend the French) is an almond-based syrup most often associated with the Caribbean.

The Mai Tai, a quintessential Tiki Drink, is a great use of orgeat. It’s tangy and delicious, with lots of flavor from the mix of rum and some optional bitters. Supposedly, it was invented by the famous Tiki bartender and restaurateur Trader Vic and served to a couple of Tahitian friends. Their excited exclamation about the drink’s taste – “Maita'i roa ae!” (“Out of this world! The best!”) – formed the basis of the cocktail’s name.

You can make a Mai Tai with amaretto in a pinch, but orgeat’s not expensive, easily found online, and brings a bunch of subtle flavors that really give the drink a different taste. Combined with fresh lime juice, curacao, and some lively rums, it’s just delicious. 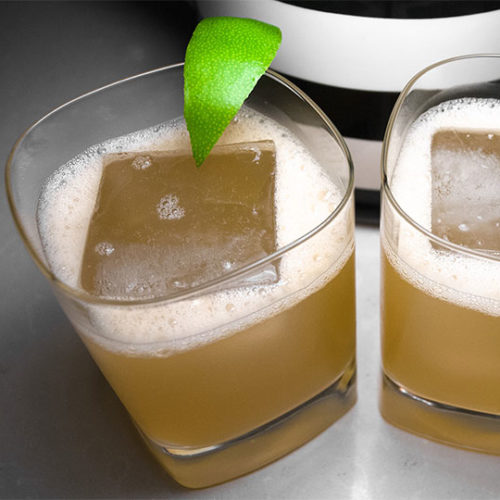 Cocktails & AlcoholIt’s Friday…Have a Drink
Be the talk of the town (or at least the watercooler) with one of these perfect gift swap ideas.
Bundling up doesn't end at your wrists.
Bring your body and mind back into a relaxed state.
Did You Miss These?
We're not telling you anything new when we say we all eat out too much. The bill is always higher than estimated, and we feel stuffed to death after. We'll prove to you it's a bad deal, and give you 4... [more]
As a Primer reader you already know the importance of controlling the image that you convey to the world. How you dress, how you...
A jacket has two functions: Keep you warm, of course, and define the rest of your outfit.
There’s no time like the present to check some names off your gift list.
Your kids need you; your phone doesn’t.
The last hurrah of the Black Friday sales weekend.
Black Friday is here. And we've put in some serious time distilling what's worth shopping and what's worth skipping.
Save on gifts and stock up on essentials.
Cigars are best enjoyed socially - here’s our crash course on how to build the best experience.