sidebar_content
Skip to Main Navigation Skip to Content
The Caipirinha is the best-known Cachaça drink, but you can use it as a substitute in most rum cocktails and get something delicious.
14 January,2021By Christopher Buecheler / Photos By Christopher Buecheler
This post may contain affiliate links, read about our editorial promise

This is a classic that’s often overlooked because its base liquor doesn’t show up in too many home bars (it’s even missing in a lot of actual bars!). I like it better than the Mojito, because of the muddled fruit and the darker sugar, and because the cachaça does bring its own unique flavor to the drink.

Cachaça is basically Brazilian rum. It’s made from fresh sugarcane juice, whereas most rum is made from molasses, but the two processes yield a very similar flavor profile in the final liquor. Typically you find it in the unaged, “white” variation, but barrel-aged versions do exist, and take on similar taste and scent notes to aged rums – lots of caramel, dried fruit, and spice. The Caipirinha is the best-known Cachaça drink, but you can use it as a substitute in most rum cocktails and get something delicious.

The recipe below is the International Bartenders’ Association standard, but I find it a little too sour for its own good. I actually recommend a full three teaspoons (one tablespoon, or half an ounce) of brown sugar for this one. 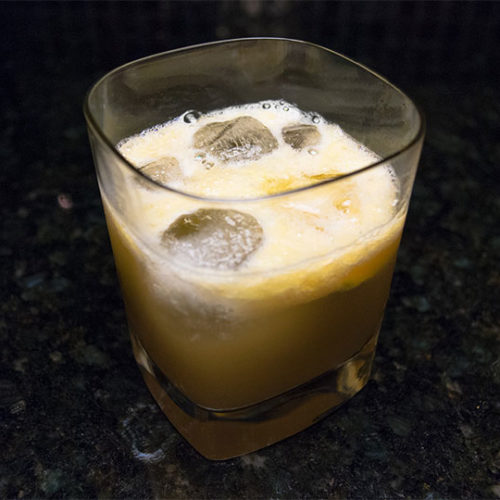 Cocktails & AlcoholIt’s Friday…Have a Drink
Lighten up your winter wardrobe.
Getting the perfect fit right off the rack is like winning the lottery. Whether you wear suits or selvedge denim, this guide demystifies the process of tailoring and alterations.
Discipline is a skill anyone can learn.
Did You Miss These?
The opposite of success isn't failure, it's practice.
We discuss the basics of the tuxedo from top to bottom, renting vs. buying, and break down what a black tie invite really means.
What do you stand for?
Cutting through the confusion: A breakdown of common knife terminology.
You don't have to be a traumatized father fighting a fungi-based zombie apocalypse to wear this jacket.
We've researched the best men's winter coats, based on material composition, product rating, and price.
Life can be overwhelming - Here's a proven method used by fighter pilots to make smart decisions fast and stay on top of it all.
And how to build them in under 30 days.
Do these now to keep your style strong and simple.