Many entrepreneurs have big dreams, but can’t raise the big funds to get their idea off the ground. That’s where crowdfunding platforms like Kickstarter come in – backer support takes the place of corporate investors. Before crowdfunding became a viable means of raising capital, thousands of innovative small businesses could not have existed.

Of course, not every idea will be a hit, and even high-profile campaigns sometimes go down in flames. Which is why a project that both promises and delivers successfully is worth celebrating. Here are six of our favorite brands, products, and concepts that got their start on Kickstarter. 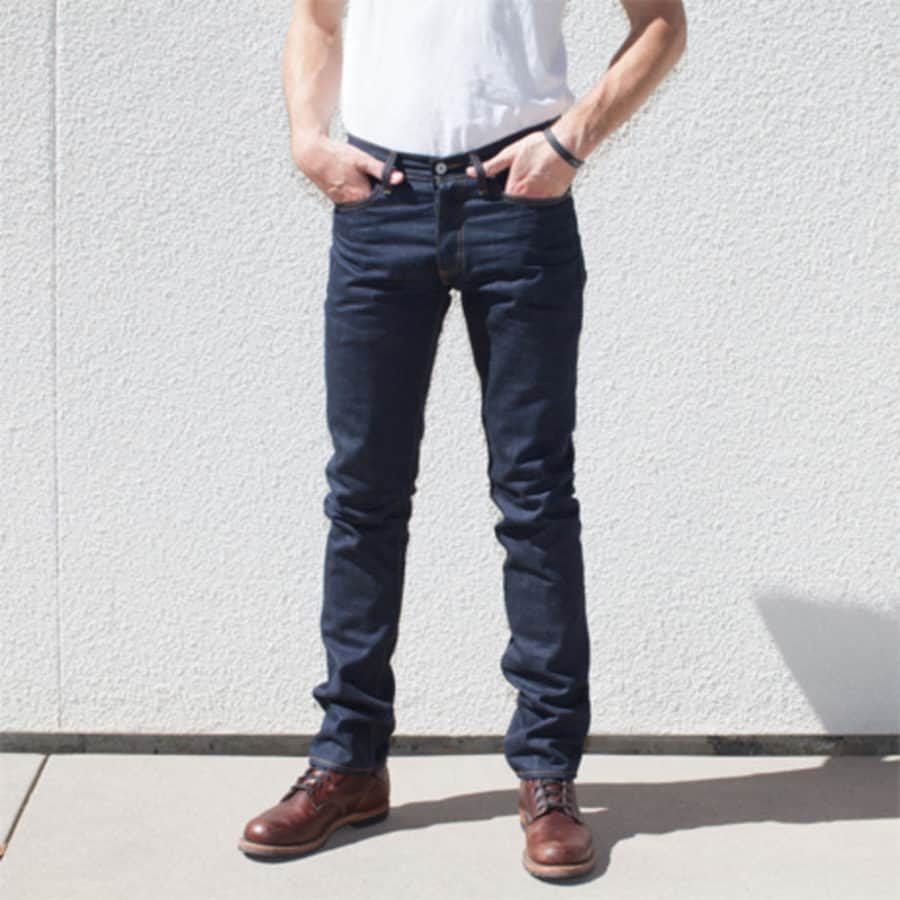 The fashion industry experts behind premium menswear designer Gustin wanted high-quality jeans that fit like they were designed and tailored to order. Without the designer price tag. So they took to Kickstarter, launched with a line of impeccably constructed jeans, and raised nearly $450,000.

Crowdfunding is key to a campaign’s success, but Gustin thinks that crowdsourcing is just as important. While the company stocks an online boutique of closet foundations – T-shirts, jeans, hoodies, collared shirts – it also follows a Kickstarter model for specialty items, launching classic pieces of men’s apparel – a pair of Japanese selvedge denim jeans, a perfectly-tailored plaid shirt – as individual campaigns. Customers choose to back the campaigns they like best, and Gustin makes just enough to fulfill the orders. By matching supply to demand, Gustin eliminates waste and can sell at a retail volume – while charging wholesale prices.

Primer pick: The Okayama Standard, Gustin’s top seller. Made from raw selvedge denim, these jeans will wear in from dark indigo to the perfect medium blue. 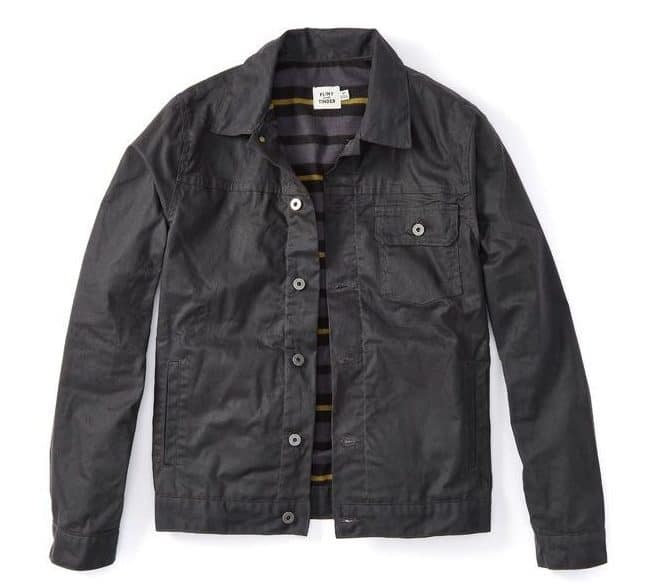 Flint and Tinder’s very name is a nod to the guts it takes to launch and land a successful Kickstarter campaign: a venture capitalist once declined to provide funding, explaining that the only way to reignite American manufacturing would be to use flint and tinder. But that’s just what crowdfunding can be: a spark that kindles new partnerships, opportunities, and products.

It started with a simple observation – that all of the underwear for sale in stores is made in other countries. And it ended with more than 5,500 backers pledging to buy boxers, briefs, and boxer briefs. Then a year after its first success, Flint and Tinder made Kickstarter history with the 10-Year Hoodie, the brand’s answer to “planned obsolescence,” or a product’s limited lifespan. The premium, durable sweatshirt was so popular it became the platform’s first $1 million fashion campaign.

Flint and Tinder was acquired by Huckberry, an ecommerce site that has committed to maintain existing product lines, and build out new ones. Today, Flint and Tinder makes wardrobe essentials – jeans, jackets, T-shirts, and yes, the 10-Year Hoodie – in partnership with some of the top garment makers in the U.S.

Primer pick: The Flannel-Lined Waxed Trucker Jacket, which features a soft blanket-lined interior and a tough, waxed sailcloth exterior, for the perfect blend of weather resistance and comfort. We featured it in our round-up of The 10 Best Field Jackets, for good reason. 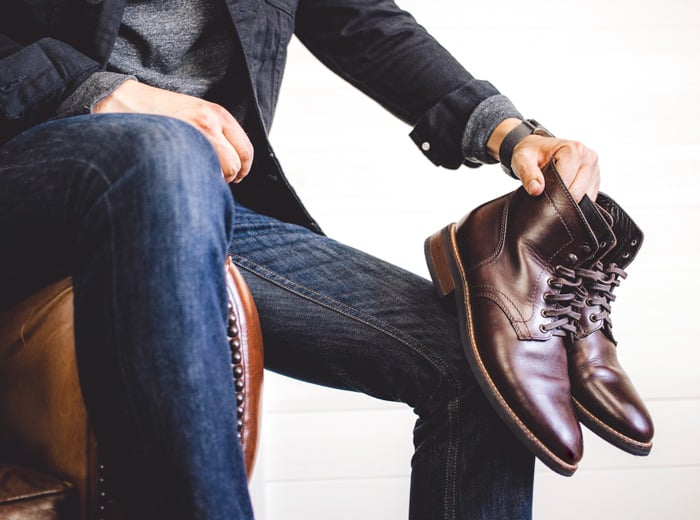 Many entrepreneurs go into business to fill a void, or to do something better than what’s already out there. The founders of Thursday Boot Company wanted to do both: make a premium boot that’s durable and stylish. And make it affordable. Many visits to master leather crafters – and factories that work with top brands around the world – later, Thursday was ready to go toe-to-toe with other projects on Kickstarter. The campaign raised more than $100,000 in its first 30 hours, and finished with more than $275,000 in the bank.

Thursday launched with three styles of boots: The President, the Captain, and the Diplomat. Each boot is engineered for everyday wear – if your everyday takes you from trek across town to boardroom to dinner and drinks. Built on a sturdy rubber outsole, every pair is fully lined with glove leather and a cork bed midsole for all-day comfort. The full-grain leather stands up to the elements and ages into a beautiful patina, and Goodyear Welt Construction creates a virtually waterproof seal at the insole.

Primer pick: The timeless, versatile President boot. Read our Our Ode to the Brown Leather Boot. 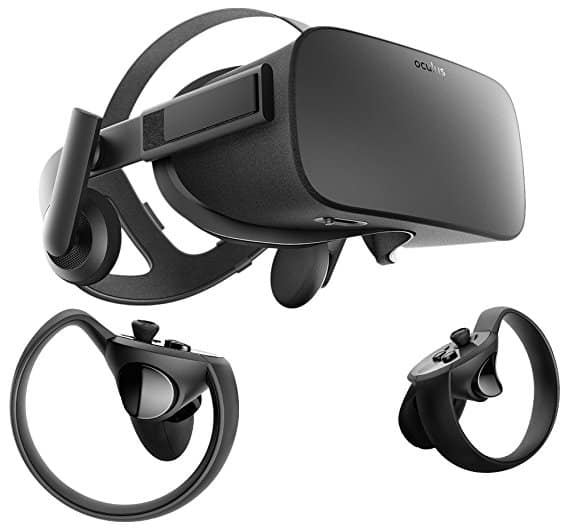 Billed as “the first truly immersive virtual reality headset for video games,” Oculus did more than take gaming to the next level. It changed how we connect with each other and how we experience our world. As a virtual reality headset, Oculus Rift was an exciting new technology. As a tool for shaping and changing perceptions, it was a revolution.

Virtual reality has relevance far beyond the gaming community. The ability to recreate first-person experiences and step inside new worlds has applications in just about every field and industry, from education and medicine to arts and entertainment.

Oculus’s team realized the potential they held in their hands, and offered early adopters the chance to shape the development process. In addition to the headset prototype, backers were granted access to the Developer Center and support from Oculus’s engineers. Giving hardware and software enthusiasts the opportunity to build their own applications helped more than 9,500 backers be part of the future of gaming – and raised more than $2 million. Facebook acquired Oculus VR in 2014, calling it a communication platform with a mission to “enable you to experience the impossible.”

Primer pick: Rift, the original VR immersion device, is a headset paired with Touch controllers and sensors to track your every movement and integrate you seamlessly into your environment. Explore space, far-off lands, and fantasy realms – all from the comfort of your living room. 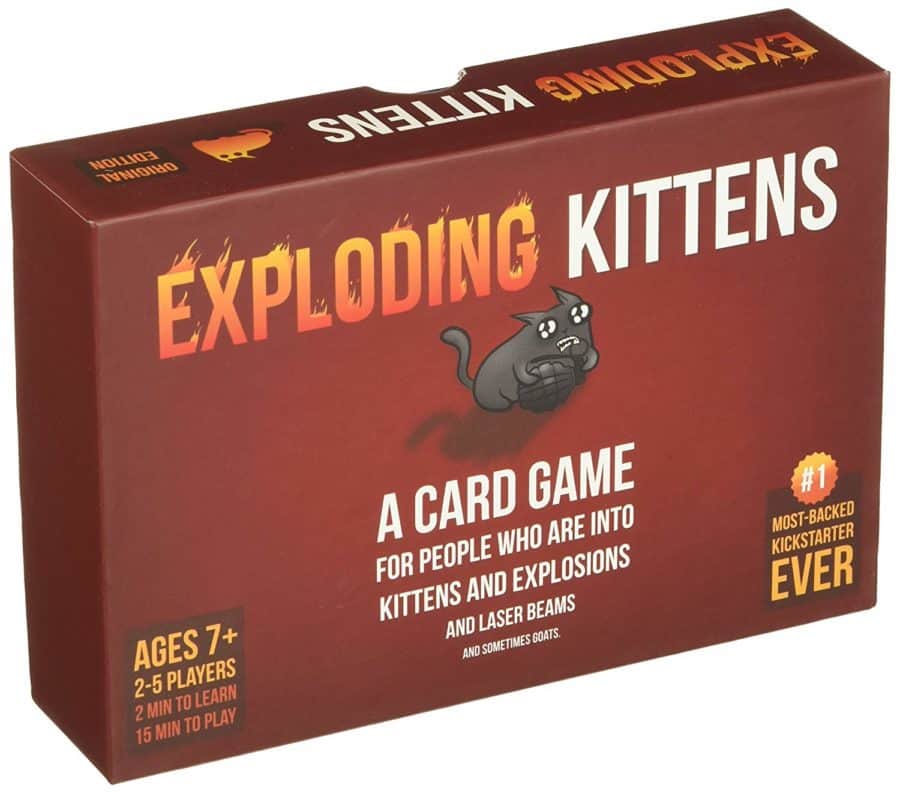 If you’re into “kittens and explosions and laser beams and sometimes goats,” Exploding Kittens might be the card game for you. If that doesn’t make much sense, trying thinking of it as “a highly strategic kitty-powered version of Russian Roulette.” Unlike Russian Roulette, the game gives you a chance to avoid catastrophe (cat-astrophe?) by defusing the destructive felines, skipping your turn, seeing the future, and other tactical maneuvers. If that still doesn’t make any sense, maybe it helps to know that one of the co-creators is the mind behind popular humor site The Oatmeal?

Whatever your feelings on taco cats, unicorn enchiladas, and other inexplicably hilarious phenomena, Exploding Kittens is the third-biggest Kickstarter campaign of all time. It raised $8.8 million and was succeeded by Bears vs. Babies (which raised $3.2 million), a card game where you create a monster army of bears to defeat an army of monstrous babies. Both games are easy to learn, entertaining, and immensely popular. Astonishingly, both are also considered kid-friendly – NSFW expansion packs are available as boosters.

The descriptions don’t do either game justice, obviously.

And just in case that wasn’t enough, there’s now You’ve Got Crabs.

Primer pick: The original Exploding Kittens game, maybe embellished with an expansion pack or two. (Highlights include, but are not limited to, cat butts, garbage trucks, and streaking kittens.) 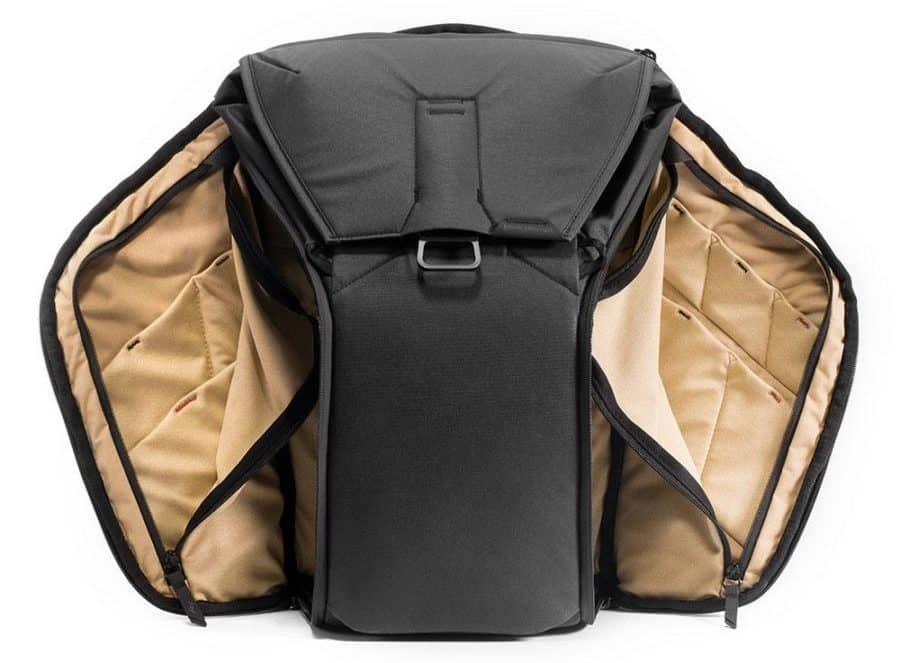 Hauling gear and looking good don’t have to be mutually exclusive – at least, that’s the mantra of the perpetual wanderers and expert packers behind Peak Design. These seasoned travelers want to redefine how we carry our essentials – whether you’re going across town or around the world. “A place for everything and everything in its place” doesn’t even begin to describe the obsessively organized backpack, tote, and sling bag from the original campaign, or the duffel bag and sets of packing cubes and pouches available for everything from your toiletries to your tech.

Created by a team of photographers, designers, and engineers, each Peak Design bag has a wealth of pockets and sleeves to separate and contain whatever it is you need to carry. Camera equipment. A week’s worth of clothes. Gym gear. The beauty of the system is that each bag is versatile. The backpack is expandable and can be carried like a briefcase. The tote and sling feature customizable folding dividers. Add in compressible packing cubes with separate compartments for your dirty laundry and a tech pouch with an external charging pocket and 21 compartments, and you’ll never again be stuck rooting around your giant black hole of a suitcase for that one T-shirt you need but can’t find. Or spend most of your flight untangling a giant ball of power cables and headphone cords.

Peak Design was founded on the belief that no two trips are the same. With so many options, you really do get to choose your own adventure. Whatever you select, you’re sure to have a dramatically different – and more efficient – experience than you’re used to.

Primer pick: The Everyday Backpack. With a multitude of dividers, zippers, straps, and pockets, this pack adapts to your needs and lifestyle – and somehow manages to hide everything neatly away in a clean, minimalist design.

What’s the best Kickstarter campaign you ever backed? Let us know in the comments!

EntrepreneurshipStyle
Discipline is a skill anyone can learn.
Cutting through the confusion: A breakdown of common knife terminology.
You don't have to be a traumatized father fighting a fungi-based zombie apocalypse to wear this jacket.
Did You Miss These?
What do you stand for?
There are a dozen sayings that illustrate the reward of waking early - from getting worms to being healthy, wealthy, and wise. That's well and good, but they all leave out the most important step - ... [more]
As it turns out, philosophy is a lot more useful when you’re out in the real world rather than in a classroom.
We've researched the best men's winter coats, based on material composition, product rating, and price.
Life can be overwhelming - Here's a proven method used by fighter pilots to make smart decisions fast and stay on top of it all.
And how to build them in under 30 days.
Do these now to keep your style strong and simple.
If you want to know how some rich actor gets in amazing shape, you're in the wrong place.
A look back as we gear up to move forward.