sidebar_content
Skip to Main Navigation Skip to Content
The secrets to effective leadership aren’t just in books, they’re in our stories.
9 May,2021By Gordon Brown
This post may contain affiliate links, read about our editorial promise

You’ve finally made it.

After years of late nights, early mornings, and endless meetings, you’ve at long last been promoted. All that rejection and resolve have paid off. You’re in charge of your own team/crew/department/congressional-exploratory-committee-on-hamster-powered-spacecraft.

Your first reaction to the news is likely going to be elation. Your second will probably be stomach-churning terror – and that’s perfectly understandable. After all, this is it. From here on out, the buck stops with you. Your supervisors are going to put pressure on you to produce results. People who might’ve been your coworkers a week ago are suddenly going to look to you for decisions (or are even waiting to challenge you on them). It’s going to feel like your every move is being watched, and as intimidating as that prospect can be, retreat is not an option. Now isn’t the time to panic, it’s time to prepare.

While there’s no shortage of technical books on the subject of management, narratives and fiction can often ready us for the challenges of leadership in ways nonfiction simply can’t. Whether it’s through providing role models or simply letting you puzzle through tough scenarios, stories can be a fantastic way of honing the qualities that’ll carry you through the stormy days of command (not counting the benefits of fiction in general). That’s not to say you shouldn’t read The Art of War or The Seven Habits of Highly Effective People – just that they won’t be appearing on our list today.

For the new leader looking to augment their abilities, these are five of the best books to start with. 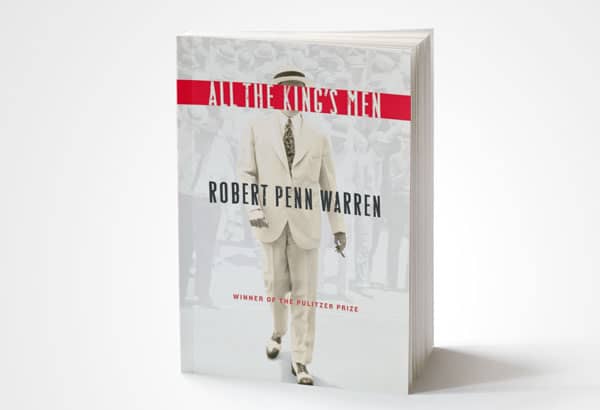 For all the books out there on leadership, few stories take the time to examine the dark side of power, and none do it with more earnestness and nuance than Robert Penn Warren’s 1946 masterpiece. Sitting on both Time Magazine’s and the Modern Library’s hundred-best-novels list, All the King’s Men is a brutal dissection of the effect that authority, and the sacrifice and privilege that come along with it, can have on people. The story follows Willie Stark, an idealistic campaigner who rises to power on a platform of reform and justice, only for his determination to take him down a path of corruption. Told from the perspective of Jack Burden, a journalist-turned-Stark’s-right-hand-man, our narrator has to contend with his own responsibility in carrying out “The Boss’s” orders – especially when it comes to unearthing the bones of a conspiracy that’s been buried too long in the Louisiana mud.

Beneath the blood, grit, and grime of the story are profound questions of what it means to wield authority. Do good outcomes justify underhanded means? What do you do when the qualities that make someone a good leader aren’t the same as the ones that make them a good person? What happens when good intentions aren’t enough?

For every good leader (and for every good person) All The King’s Men is an essential cautionary tale and a classic well worth reading. 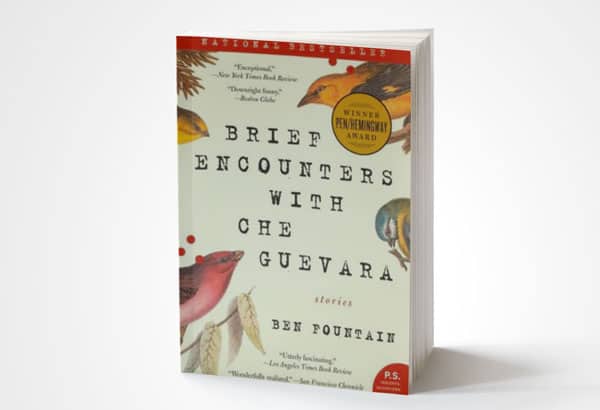 No way around it – the world’s a complicated place. The good guys aren’t riding around in shining armor, the bad guys aren’t wearing skulls on their clothes (usually), and as much as you might like to believe otherwise, the line between right and wrong can be pretty damn blurry – especially when you’re viewing it from a position of authority.

Though you should absolutely stick to your code of conduct when life gets stormy, it’s vital that you prepare yourself to have those principles tested by the ambiguities of life and leadership. There’s probably no better book to ready you for those dark times than Ben Fountain’s Brief Encounters with Che Guevara. Across eight gorgeously written stories, well-intentioned characters find themselves entangled in confusing (and often dangerous) situations. Without any moralizing or heavy-handedness, you’ll struggle alongside the protagonists in figuring out what “the right thing” even is, weighing pragmatism and idealism, selfishness and altruism, risk and reward.

Whether you’re held hostage in a Colombian jungle with a weary ornithologist or conducting your first disciplinary meeting, there’s no escaping your choices – learn to choose wisely. 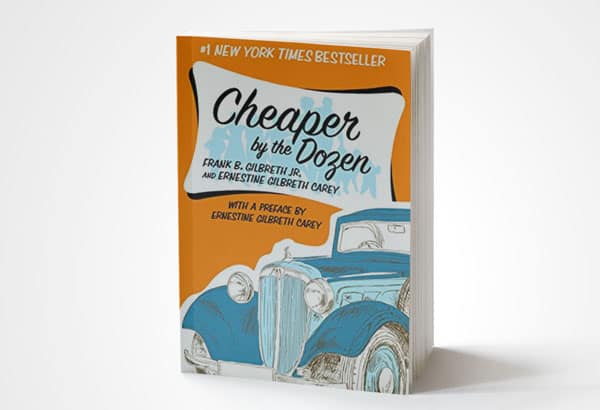 For all the perks that come with leadership, perhaps the one thing you’re going to miss more than anything else is time. Beyond your own duties, you’ll likely be putting out fires on a daily basis, fielding demands from the folks above you, and questions from the people below. With so many Millennials experiencing burnout, keeping a handle on work (and a healthy balance between our jobs and our personal lives) is more important than ever. While there’s no cure-all for the ills of modern management, some surprising strategies come to us courtesy of the work of Frank and Lillian Gilbreth, in a delightful little book titled Cheaper by the Dozen.

While you hopefully won’t be filming your own tonsillectomy to try to streamline the operation or trying to shave with two razors simultaneous, the tale of the Gilbreth household will profoundly impact the way you see the world. Whether there’s just not enough hours in the day for your team to complete their assignments or you’re simply trying to hammer out pointless redundancies, Cheaper by the Dozen invites us to radically rethink our approach to even the simplest tasks and duties (and produce revolutionary results in the process).

Read more: Primer’s Men We Wish We Were on Frank Gilbreth 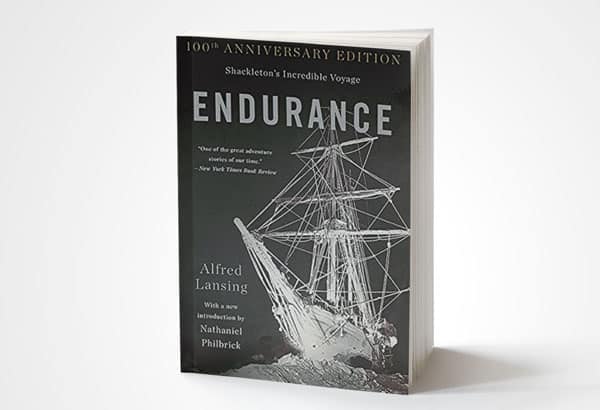 Often, the mark of true leadership isn’t how you capture success but how you handle disaster, and you’d be hard-pressed to find a more complete and utter catastrophe than the voyage of the Endurance.

Setting out to Antarctica on an exploratory mission in 1914, the ship arrived at its destination only to become trapped by ice, marooning Captain Ernest Shackleton and his crew in the most hostile place on earth. With dwindling rations, months of darkness, and spirits dropping with the thermometer, Shackleton’s brutal circumstances called for brilliant solutions. Across their two-year ordeal, he provided exactly that – leading his men through trial and tribulation with an arsenal of ploys and policies. From cross-training to strategic team composition to morale-building activities, Shackleton consistently discovered new ways of keeping his crew focused on survival. Thanks to his groundbreaking tactics, the crew of the Endurance not only weathered their savage conditions but pulled off one of the most daring escapes in history without losing a single man.

Drawing directly from the crewmate’s journals (and interviews with the expedition’s survivors), Alfred Lansing gives us an inside view of what it means to guide men through dire straits. You won’t be doing it on a penguin-meat diet, but the same strategies Shackleton used to survive will help you and your team to thrive. 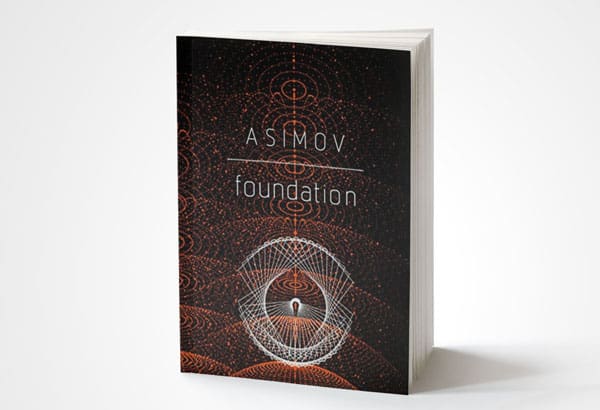 How does a tiny planet of scientists on the far-edge of the cosmos protect humanity’s collected knowledge from the trigger-happy warlords surrounding them?

By being just a little bit smarter than everyone else.

Equal parts sci-fi drama and political-thriller, Asimov’s episodic classic is the perfect book for anyone who misses the mind-games, statecraft, and back-stabbing intrigue of Game of Thrones or House of Cards (when those shows were still good – fight me, cowards). Faced with a looming dark age after the collapse of the galactic empire, a handful of scholars embark on a centuries-spanning project to save the spark of human brilliance from the species’ worst impulses. Whether threats come from off-world or close to home, the perpetually outnumbered and outgunned protagonists rely on fiendish cleverness, rather than force, to outwit their enemies.

With his signature unadorned style, Asimov unfolds crisis after seemingly-unsolvable-crisis with infuriatingly simple solutions. Foundation’s curious composition might not feel like a traditional story, but it’s an exercise in creative problem solving and outside-the-box thinking like no other. Whether you’re expecting to encounter looming deadlines and limited resources as a manager, or if you’re simply interested in the art of “fighting without fighting,” there’s no better place to start than here.

What books would you suggest for aspiring leaders? Keep the conversation going below with recommendations of your own!

BooksCareer DevelopmentLeadershipSelf-Development
Lighten up your winter wardrobe.
Getting the perfect fit right off the rack is like winning the lottery. Whether you wear suits or selvedge denim, this guide demystifies the process of tailoring and alterations.
Discipline is a skill anyone can learn.
Did You Miss These?
Some of your staples may be acting as double agents.
The toughest and sometimes most important question at any interview, "Do you have any questions?"
What do you stand for?
Cutting through the confusion: A breakdown of common knife terminology.
You don't have to be a traumatized father fighting a fungi-based zombie apocalypse to wear this jacket.
We've researched the best men's winter coats, based on material composition, product rating, and price.
Life can be overwhelming - Here's a proven method used by fighter pilots to make smart decisions fast and stay on top of it all.
And how to build them in under 30 days.
Do these now to keep your style strong and simple.