This drink is one of a rare species of cocktail: the type whose ingredients list makes it sound questionable, but which is actually quite delicious. On the surface, the citrusy and slightly medicinal taste of Lillet Blanc doesn’t seem like it’d match up very well with chocolate-flavored liqueur, but don’t knock it until you try it. The Twentieth Century is a fine, slightly tropical, easy-drinking cocktail that’s as well suited to a warm Sunday afternoon as it is a Friday evening at the local cocktail lounge.

Invented in 1937 by a mysterious bartender named C.A. Tuck, the drink was first written about by William J. Tarling in 1937’s Café Royal Cocktail Book. Tarling was the president of the United Kingdom Bartender’s Guild, and served as head bartender at the Café Royal1, which one assumes is how he met Mr. (or Ms.) Tuck, information about whom otherwise unfortunately been lost to history.

The drink was named not for the century in which it took place, which by 1937 wouldn’t have seemed all that new and shiny (particularly with Europe rapidly escalating toward World War II). No, it was instead named for The Twentieth Century Limited, a train of significant renown that ran from New York to Chicago from 1902 to 1967. Post-1920, the train was decorated in a distinctive, semi-minimalist Art Deco style, and made popular the practice of having visitors walk up a red carpet to its entrance. In its heyday, before commercial airlines usurped trains’ place as the ultimate long-distance passenger vehicle, it played host to a variety of tremendously famous guests.

How an English bartender came to name a cocktail made predominantly of English and French ingredients after a decidedly American train is a question that will never truly be answered. Alas! Still, C.A. Tuck may be lost to history, but his drink sure isn’t, and I recommend tipping one back in his honor. 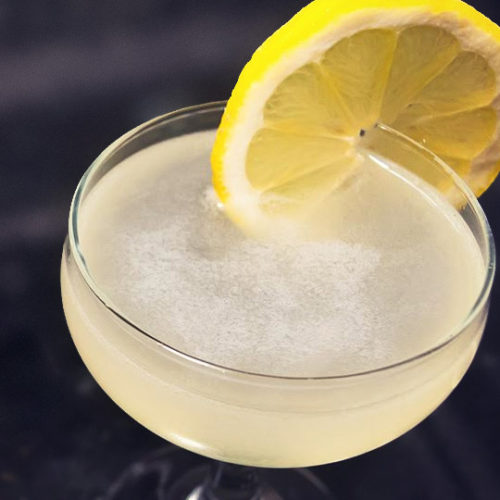 Cocktails & AlcoholIt’s Friday…Have a Drink
Getting the perfect fit right off the rack is like winning the lottery. Whether you wear suits or selvedge denim, this guide demystifies the process of tailoring and alterations.
Discipline is a skill anyone can learn.
Cutting through the confusion: A breakdown of common knife terminology.
Did You Miss These?
You won’t believe how easy it is to make stunning, delicious bread. I didn’t. And there’s no need to knead!
Saying "thank you" with a big smile when you receive a gift or nice gesture may seem adequate enough but it's not. A gentleman always writes a thank you note. In these days of instant communication, ... [more]
Cohabitation is a a big step, but if you go in with the right mindset, the transition can be seamless.
You don't have to be a traumatized father fighting a fungi-based zombie apocalypse to wear this jacket.
We've researched the best men's winter coats, based on material composition, product rating, and price.
Life can be overwhelming - Here's a proven method used by fighter pilots to make smart decisions fast and stay on top of it all.
And how to build them in under 30 days.
Do these now to keep your style strong and simple.
If you want to know how some rich actor gets in amazing shape, you're in the wrong place.