According to the PDT Cocktail Book, this drink was named for the zoo, and not the borough. Like most classics, the cocktail has different origin stories, but the consensus seems to be that it was widely known by 1905 or so. By the 1930s, it had become one of the world’s most famous cocktails, ranking third on 1934’s “The World’s Ten Most Famous Cocktails” list in Burke's Complete Cocktail & Drinking Recipes[1], just behind the Martini and the Manhattan,before falling somewhat out of favor in modern times.

The key to this drink is fresh orange juice from fully ripened, flavorful juice oranges – Valencia or blood oranges are good choices. Use juice from a bottle or carton at your peril! Also, I recommend avoiding bitter vermouths (such as Punt e Mes), because they really don’t play well with the OJ. Use a soft, sweet vermouth, and you’ll be fine.

Incidentally, as Ted Haigh points out in Vintage Spirits and Forgotten Cocktails, if you add just a dash of Angostura Bitters to this cocktail, it becomes an Income Tax Cocktail.

[1] Thanks to Cocktail Times via Wikipedia for this information 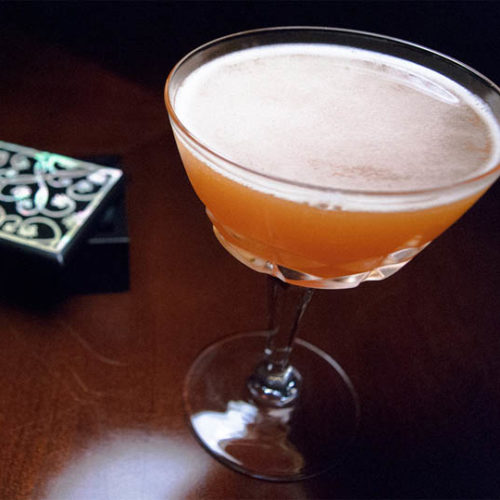 Cocktails & AlcoholIt’s Friday…Have a Drink
Getting the perfect fit right off the rack is like winning the lottery. Whether you wear suits or selvedge denim, this guide demystifies the process of tailoring and alterations.
Discipline is a skill anyone can learn.
Cutting through the confusion: A breakdown of common knife terminology.
Did You Miss These?
Men only have like 5 styles of shirts – don't write the polo off just yet.
The most masculine shirt is also the most versatile.
Make a clean and simple leather watch strap: A super easy intro to leatherwork.
You don't have to be a traumatized father fighting a fungi-based zombie apocalypse to wear this jacket.
We've researched the best men's winter coats, based on material composition, product rating, and price.
Life can be overwhelming - Here's a proven method used by fighter pilots to make smart decisions fast and stay on top of it all.
And how to build them in under 30 days.
Do these now to keep your style strong and simple.
If you want to know how some rich actor gets in amazing shape, you're in the wrong place.