The Embassy Cocktail Recipe: A Brandy And Citrus Cocktail

This is a great holiday drink! I haven’t made one of these guys in way too long. Years, I think, which really is shameful because they’re very tasty. As Dale DeGroff points out in his fantastic book The Craft of the Cocktail, many holiday punches and nogs start with rum and brandy as a base. The Embassy is less complicated than most of those, but no less delicious.

This drink comes from the Embassy Club in Hollywood, which opened in 1930 and was originally restricted to a guest list of 300 of the owner’s friends (many of whom were movie stars, such as Charlie Chaplin). The club didn’t last long — opening it to the public a few years later turned out to be a big mistake, but it lives on in this delicious drink! 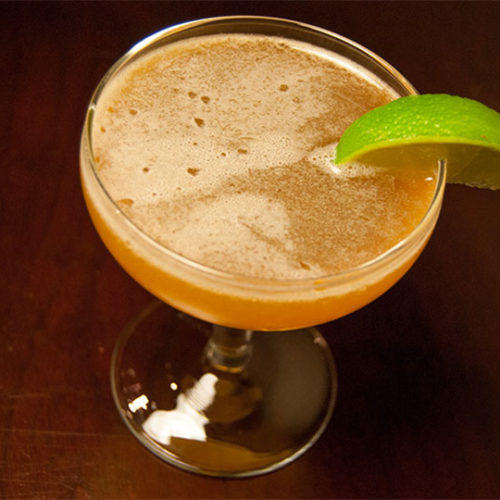 Cocktails & AlcoholIt’s Friday…Have a Drink
Bring your body and mind back into a relaxed state.
There’s no time like the present to check some names off your gift list.
Your kids need you; your phone doesn’t.
Did You Miss These?
What to pick and what to avoid at the best sites to decorate your home on every budget.
Masculine culture pushes the need to suppress or overcome emotions – the most powerful tools a man has.
Your cell phone's dead, and you have to get somewhere in an unfamiliar place? As long as you know which direction you need to head, your watch will point you the way.
The last hurrah of the Black Friday sales weekend.
Black Friday is here. And we've put in some serious time distilling what's worth shopping and what's worth skipping.
Save on gifts and stock up on essentials.
Cigars are best enjoyed socially - here’s our crash course on how to build the best experience.
Coming up with gift ideas that are reasonably priced can be a chore. These 100 gifts will make any man happy as a kid, and most are quite affordable.
Yes, the holidays are all about giving to others – but that doesn't mean you can't benefit from the deals too.