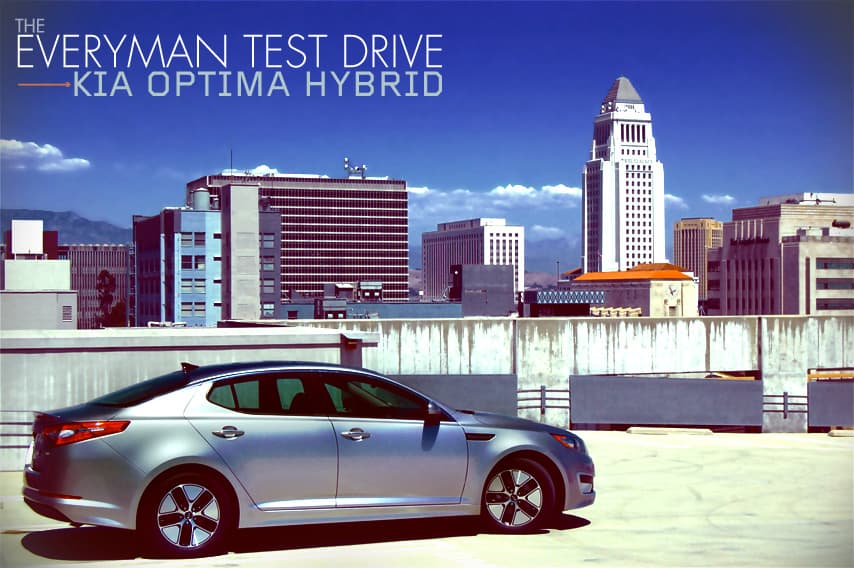 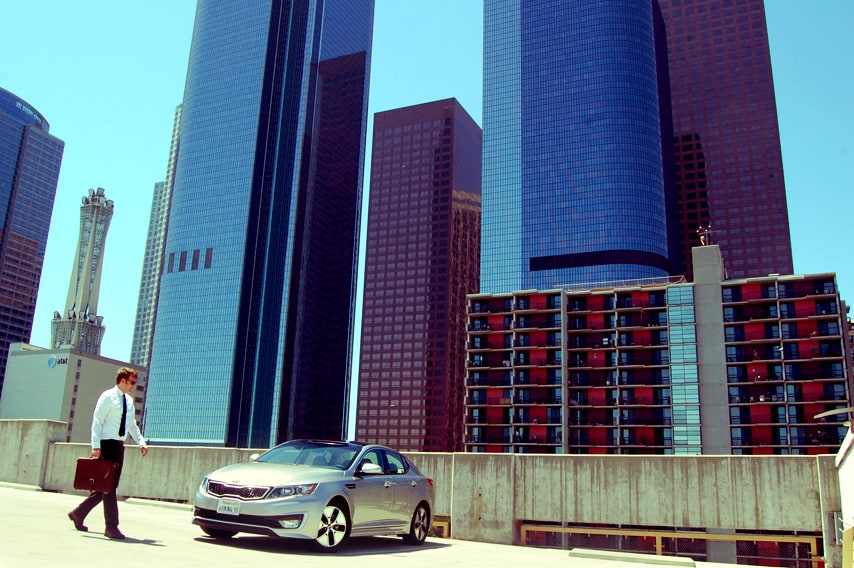 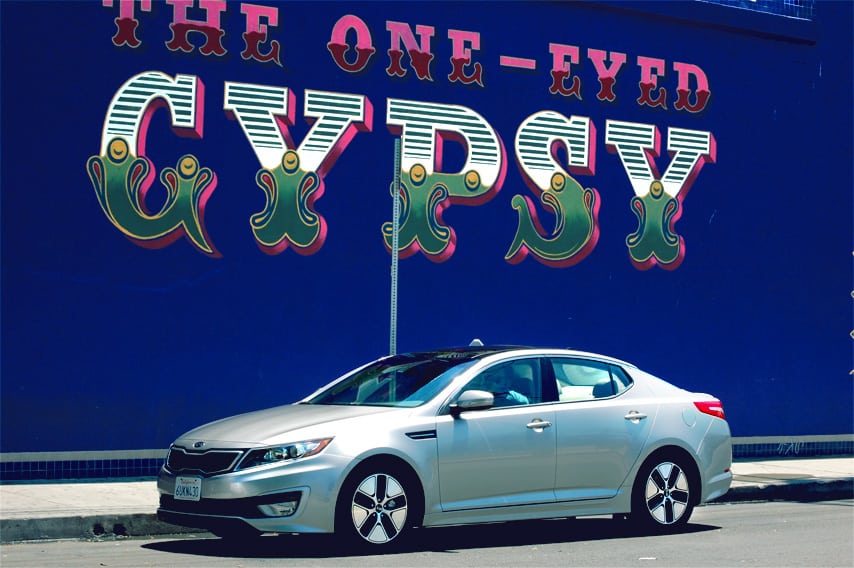 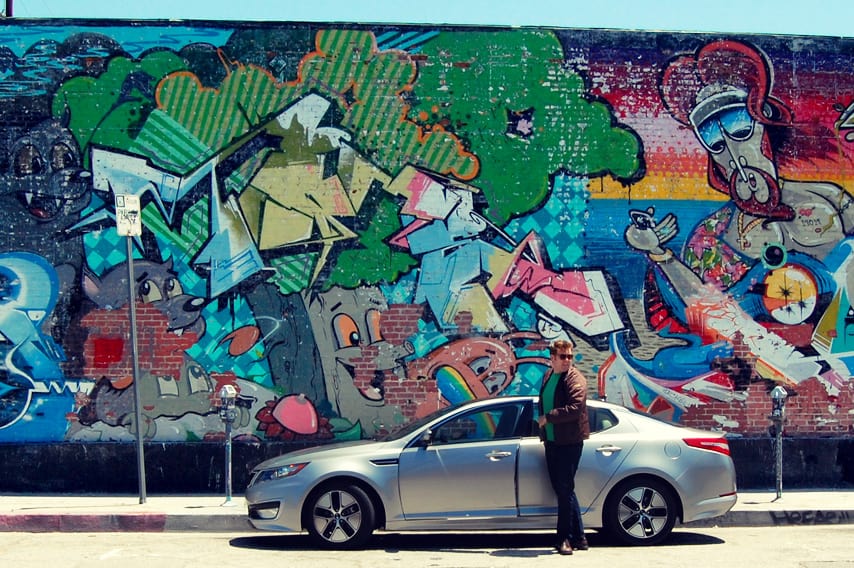 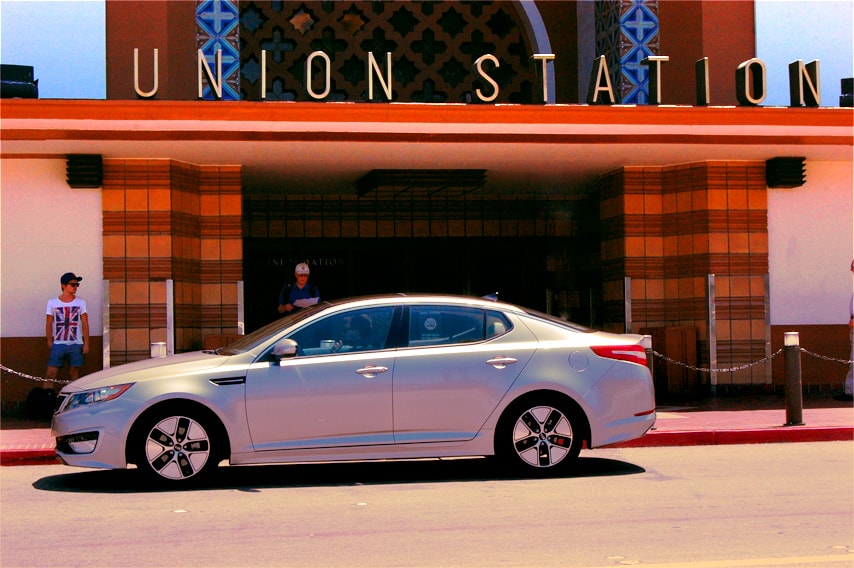 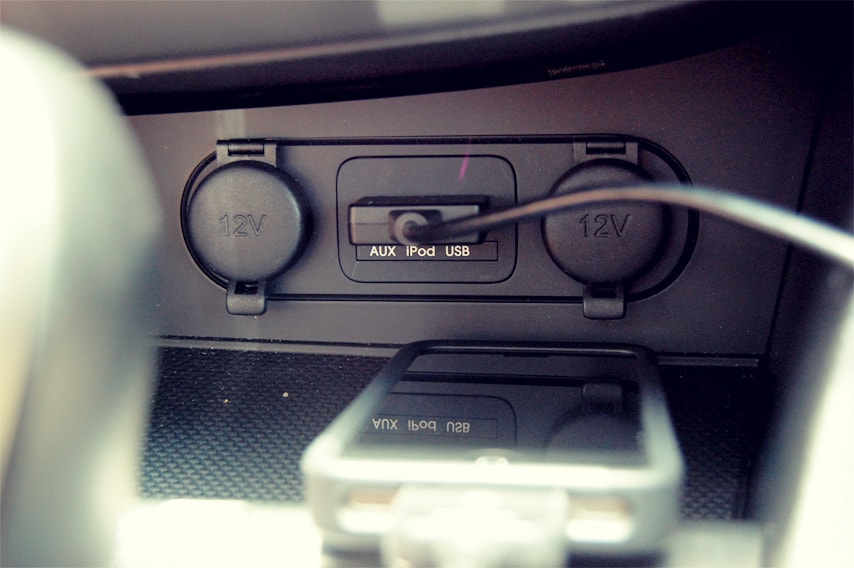 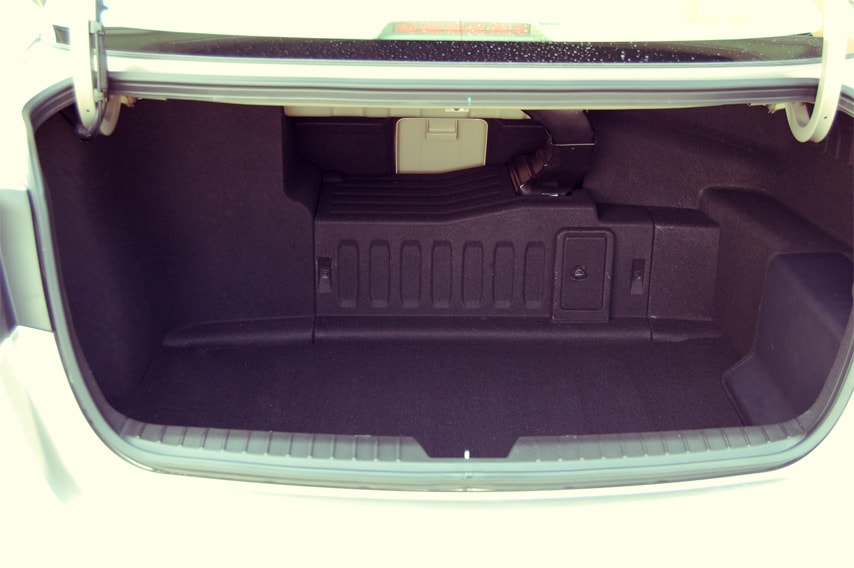 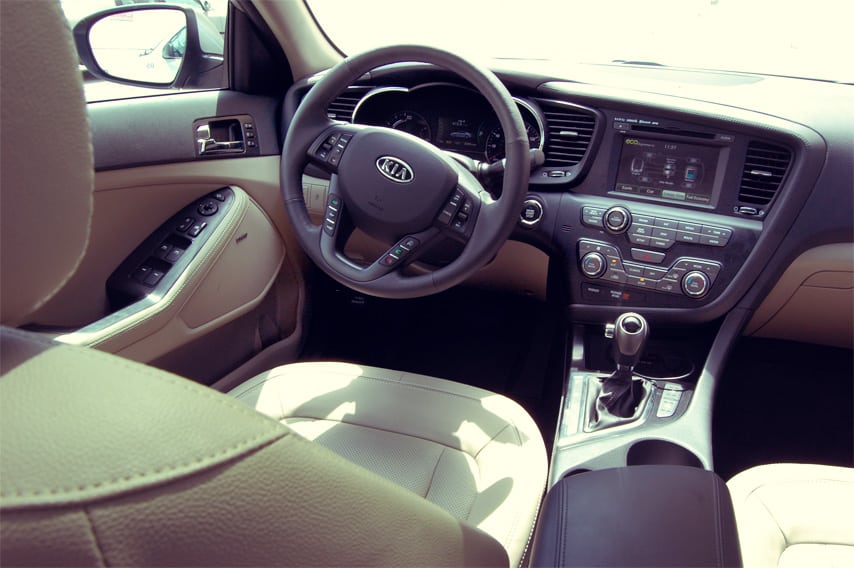 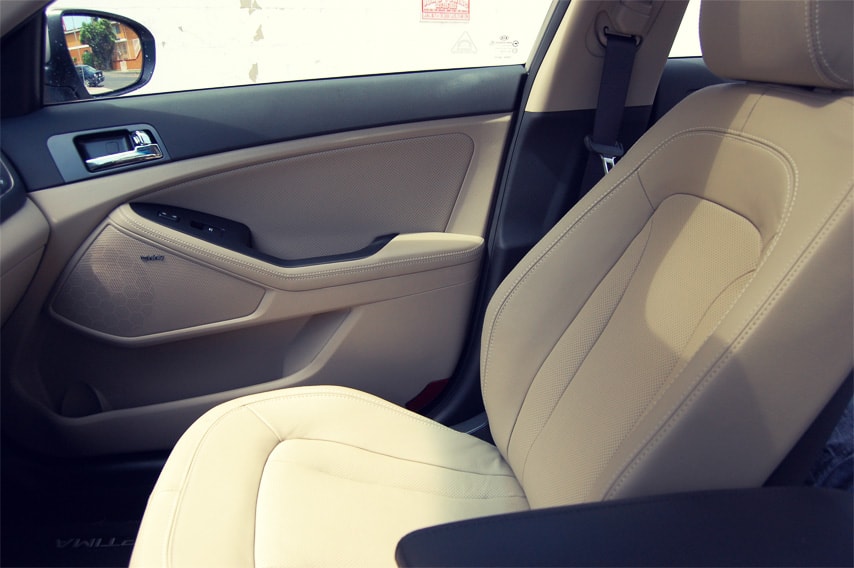 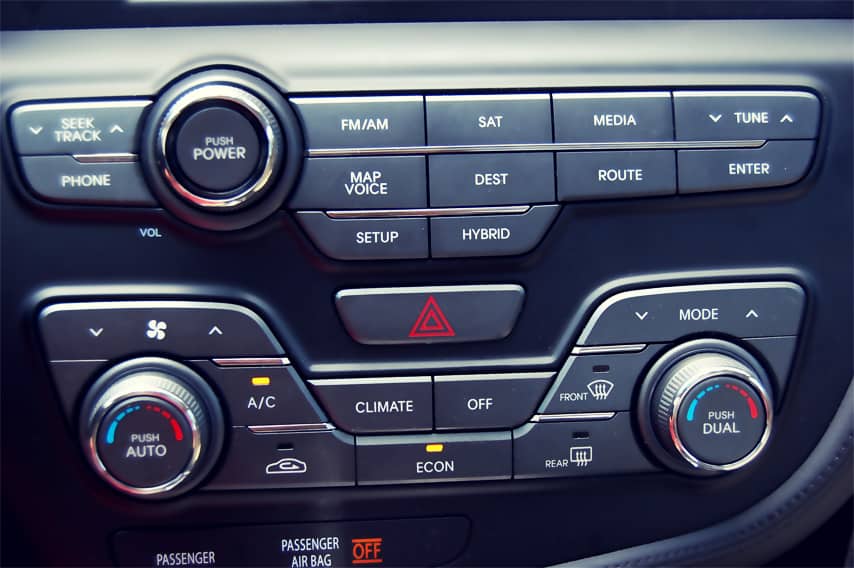 Most car reviews are done by die-hard car guys that provide a fantastic technical evaluation of a vehicle, but when it comes down to the everyday realities of “Is it fun to own?” technical jargon and track specs aren't very helpful. I proudly introduce Primer's first Everyman Test Drive, a review that skips the gearspeak in favor of what the average guy will think of a car. Hope you enjoy!

I've always had one gripe with car manufacturers. The difference between how a Ford Taurus looks and how a BMW 5 series looks is one thing: molded plastic. It always seemed like great looking cars were few and far between under the $35,000 mark, especially for mid-size sedans. The thinking was people who bought those cars were buying family cars, not sports cars. But that ultimately was misguided. Just because you have a family doesn't mean you should be stuck driving mini-vans and station wagons.

Manufacturers have wised up over the last few years, producing cars that aren't only practical but are sexy and fun to drive too, all while maintaining a reasonable price tag.

Perhaps this realization was no more dramatic than for the folks at Kia. If you're like me, Kia has always been that cheap Korean car company that people bought when they needed a car on a living man's wage. They looked the part.

That is until very recently. In 2006 Kia realized the significance the shape of their molded plastic meant and snatched the head of design from none-other than Audi – the company consistently featured in films set in the future because of their aggressive and sexy design lines.

So what do drivers get from a company who has a generous warranty, a history of creating modestly priced vehicles, with a design head who has always given BMW a run for their money?

One hell of an affordable car.

Rated by Edmunds as a top pick in the midsize sedan category, the Kia Optima Hybrid is aggressively styled and intelligently engineered. Hybrids have had somewhat of a rocky start in the States, mostly, in my opinion, because car companies insisted on making them look like they were a hybrid. Between a car that gets 25 mpg and one that gets upwards of 40 for a hybrid, what everyday-driver wouldn't choose the hybrid? Well, a lot of folks who don't want to drive around in a tall, small-wheeled hatchback. (Looking at you Prius.)

Kia got the Optima styling right– it's an automotive cocktail of BMW, Audi, and Volkswagen design notes. You don't need to be an ad exec to know that “compression ratios,” and “peak torque,” don't sell cars. One of the biggest factors in which car a person buys is how it makes them feel.

Is it fun to drive? Can it maneuver around bad drivers effortlessly? Are you proud to pick your boss up in it? Are you embarrassed to drop it at the valet when you're on a date with your girlfriend? Will your friends be uncomfortable sitting in the back seat on a weekend trip to the beach? Are there comfortable places to rest your elbows while driving long distances?

The reality is, these things matter much more to the everyday gent than a spreadsheet of specs, and the Optima intelligently addresses them.

The interior is a roomy cockpit with modern luxuries that come standard like Bluetooth connectivity, iPod & USB integration, and steering wheel mounted controls. The GPS and media center are nice, and the iPod features are a real-world acknowledgement to younger drivers who haven't purchased a CD in a decade.

The car that I test drove had the optional Premium Technology package, which supercharged the driving experience with heated and cooled seats, a giant full cabin sun roof, and Infinity sound system among other things.

I received the vehicle to drive for a week, and I put it to work. Driving to San Diego and back, and all around town, putting well over 300 miles on it, and I only filled it up once.

The Optima has a solid safety rating, and features a 6 point airbag system.

The Optima Hybrid isn't flawless however. If you've never driven a hybrid, the experience is different. Many hybrids have sluggish responses to the gas pedal and brake, and the Optima is no different. Sometimes it felt like I had to push the gas half way down before getting a sense of change from the engine. This is largely due to the way a hybrid balances the use of the engine and electric motor. I've driven a Ford Fusion Hybrid and the feel from the pedals is much stronger. Though Edmunds cites that the Optima beats the Fusion in the 0 to 60 test 8.4 seconds to 8.7 seconds, respectively.

That's not to say it lacks power, you just have to get used to driving it. Negotiating sudden speed increases and decreases on LA's freeways were handled positively during my test drives. Overall if I were to have one major complaint, it would be sluggishness in pedal response.

A decked out hybrid like I received has a price of $32,500, and would be best suited for a guy who has been working for a few years. The Optima Hybrid starts at $25,700, and if the hybrid aspect doesn't interest you, you can get the same great styling in the standard Optima that starts at $21,200.

If you're in the market for a sexy midsize sedan that balances power with efficiency, the Optima Hybrid may be for you.

CarsEveryman Test Drive
Lighten up your winter wardrobe.
Getting the perfect fit right off the rack is like winning the lottery. Whether you wear suits or selvedge denim, this guide demystifies the process of tailoring and alterations.
Discipline is a skill anyone can learn.
Did You Miss These?
The most masculine shirt is also the most versatile.
Whether chasing a villain through the streets of Milan or just moving your roommate's car out of the driveway, knowing how to operate a standard shift vehicle is an important life skill to have.
The proper sleeve length for outerwear, jackets, sweaters, dress shirts, and short sleeves.
Cutting through the confusion: A breakdown of common knife terminology.
You don't have to be a traumatized father fighting a fungi-based zombie apocalypse to wear this jacket.
We've researched the best men's winter coats, based on material composition, product rating, and price.
Life can be overwhelming - Here's a proven method used by fighter pilots to make smart decisions fast and stay on top of it all.
And how to build them in under 30 days.
Do these now to keep your style strong and simple.