Beyond Ikea: A Visual Guide to Loving Scandinavian Interior Design

Plus: our budget-friendly picks to help you add some Scandi flair to your living space!
7 April,2021By Faith Towers Provencher
This post may contain affiliate links, read about our editorial promise

Sure, we’ve all heard of Ikea… but I’ve got news for you. The Swedish mega store is just the tip of the Scandinavian design iceberg. If you really want to learn how one of the world’s coolest styles evolved, you’ll have to go back a few years. Do you like mid-century modern style furniture? Then you’ll want to keep reading, because it’s an integral part of Scandinavian design.

Here’s a down and dirty guide with bite-sized bits of information that will get you in the know in less time than it takes to eat an order of Ikea’s famous meatballs. 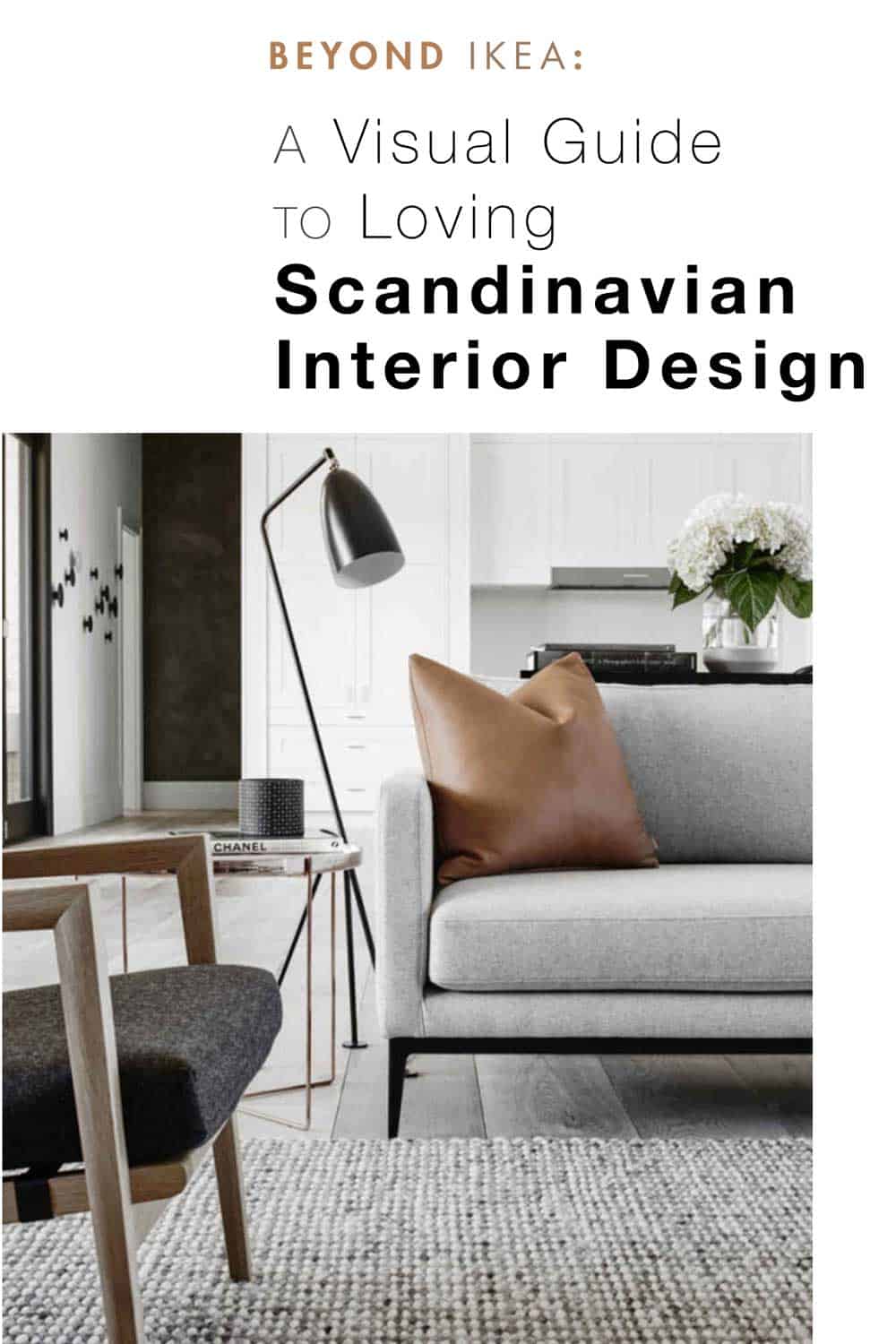 The term “Scandinavian design” has become universally understood in the creative world to mean simple, clean products inspired by nature and accessible to all… but that wasn’t always the case.

The term originates from an exhibit called Design In Scandinavia that traveled to the United States and Canada in the mid 1950s. 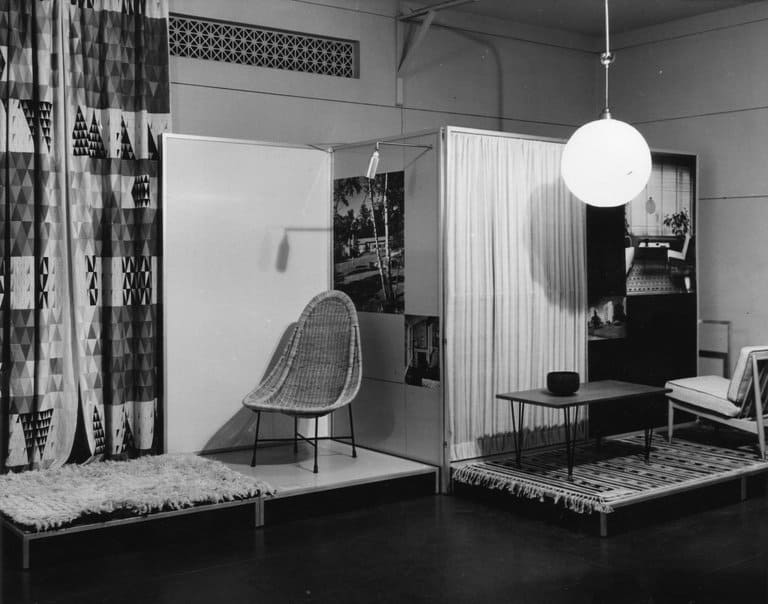 Design in Scandinavia Exhibition at the Brooklyn Museum

Various works were shown by a number of celebrated Nordic designers, helping the movement to gain international popularity and laying the initial groundwork for our basic understanding of the style: creating beautiful products that make life better.

This is the foundation upon which all future Nordic design would be based, ultimately characterized by simple minimalism with a special focus on functionality. Think textural accents, low contrast color schemes, and well thought-out shapes. 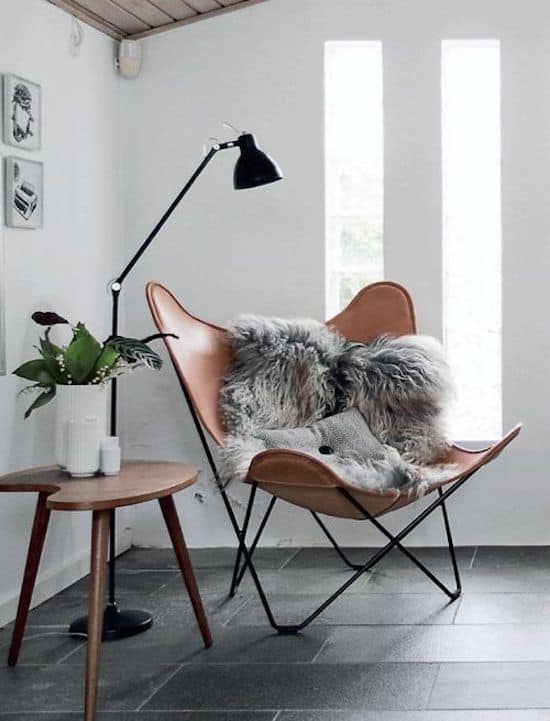 The Top Dog of Scandi Design

If forced to identify the leader of the pack in the early Scandinavian design movement, pipe-smoking designer Arne Jacobsen from Denmark is probably our best bet. Most well-known for his furniture design, he developed the Drop Chair, the Egg Chair and the Swan Chair which have now become iconic symbols of the movement. 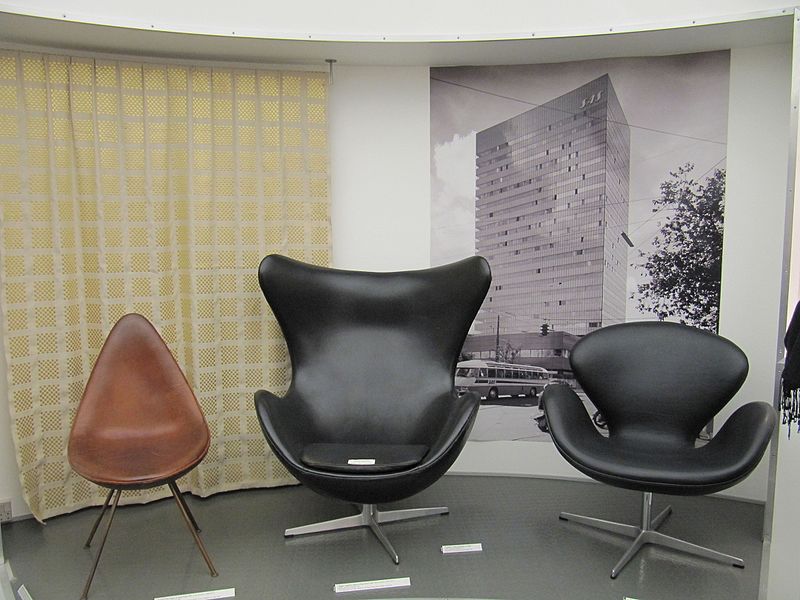 Left to right: the Drop chair, the Egg chair, and the Swan chair

One could argue that World War II was an integral part of the development of Scandinavian design. The need for functionality became more important than ever, and raw materials less prevalent – so the trend toward modernism became a necessity. 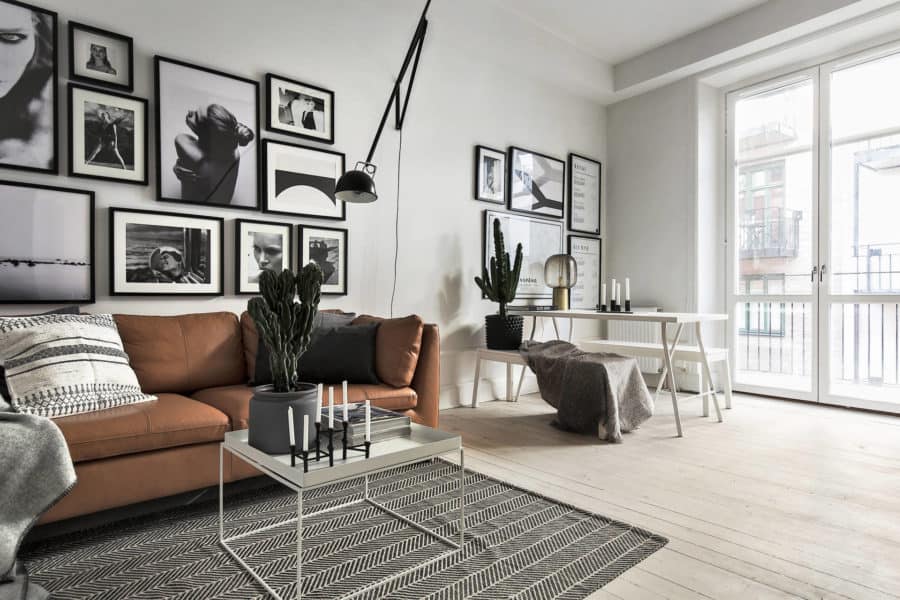 Once the war was over, a desire for comfort arose, so Eero Saarinen developed the womb chair – a rounded lounge chair designed to encourage its occupant to lean back and relax, offering a sense of comfort and reassurance after half a decade of uncertainty. 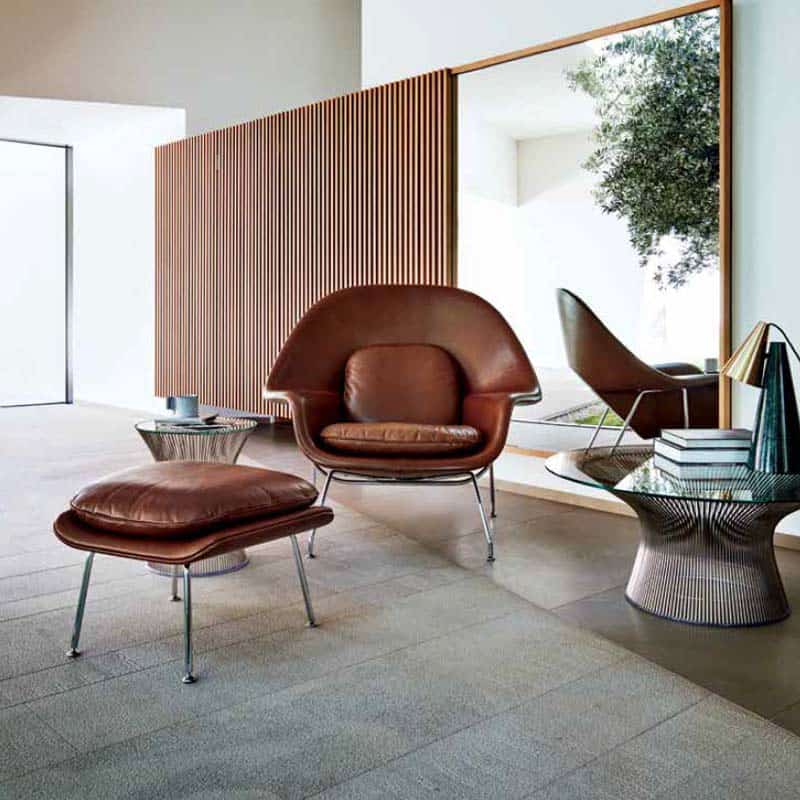 While furniture wasn’t the only element of Scandinavian design, it was the most accessible and well known element to the general public. Famous Danish designer Finn Juhl, lauded for his Chieftains Chair, has been credited with introducing a style called Danish Modern to America (a style that most agree falls under the umbrella of the more general Scandinavian design movement). 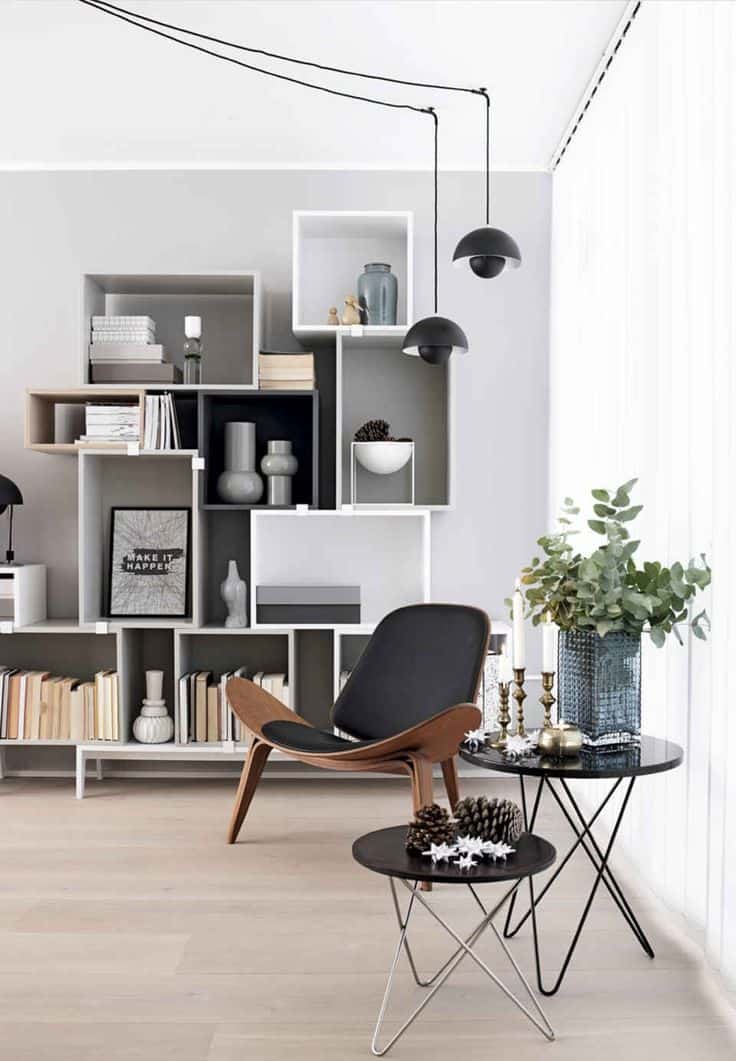 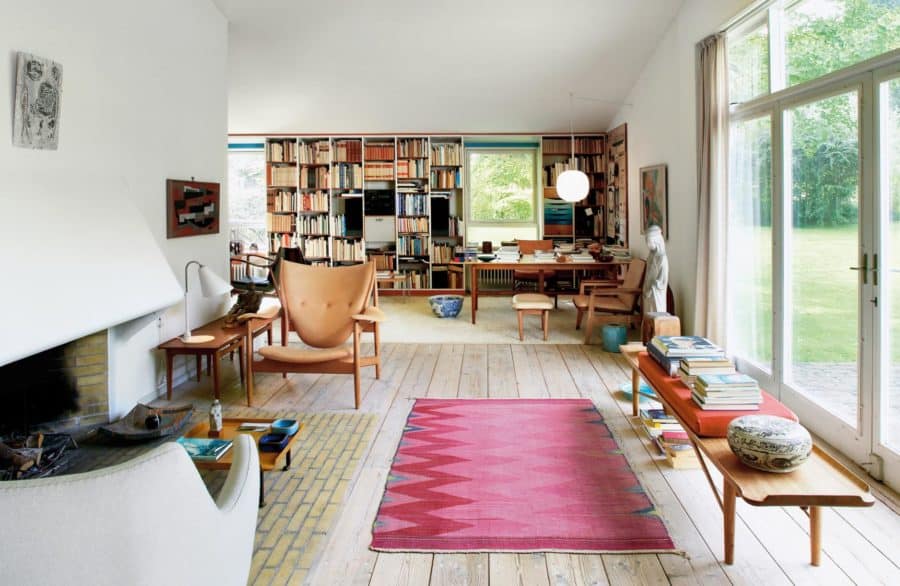 On The Bright Side

The sun is only up for six hours a day during the depths of winter in Scandinavia – and readers in Minnesota thought you had it bad! – so lighting was therefore a crucial part of Scandinavian design, providing light and warmth during the long, dark winters. 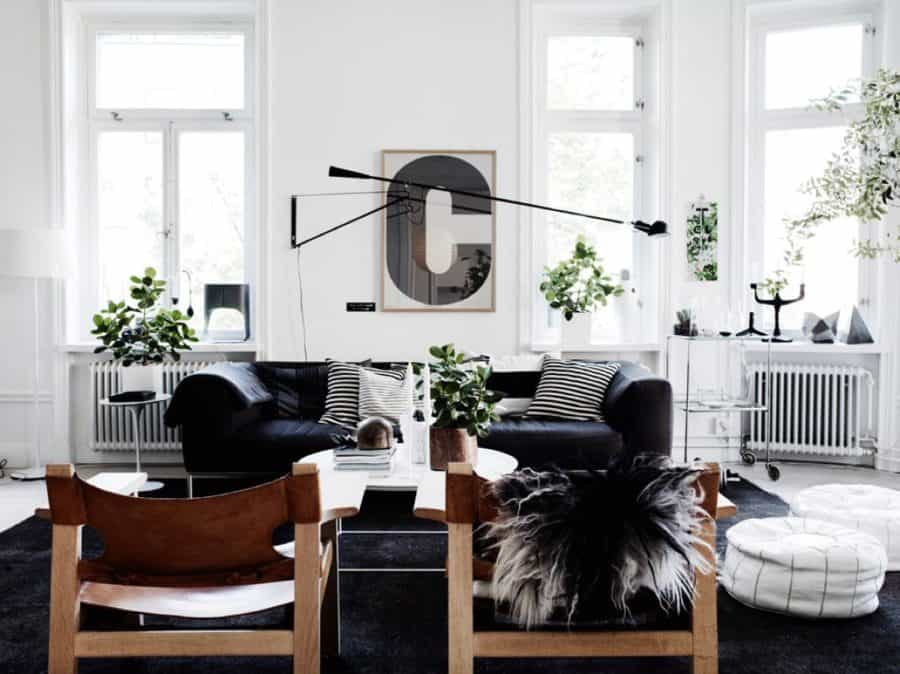 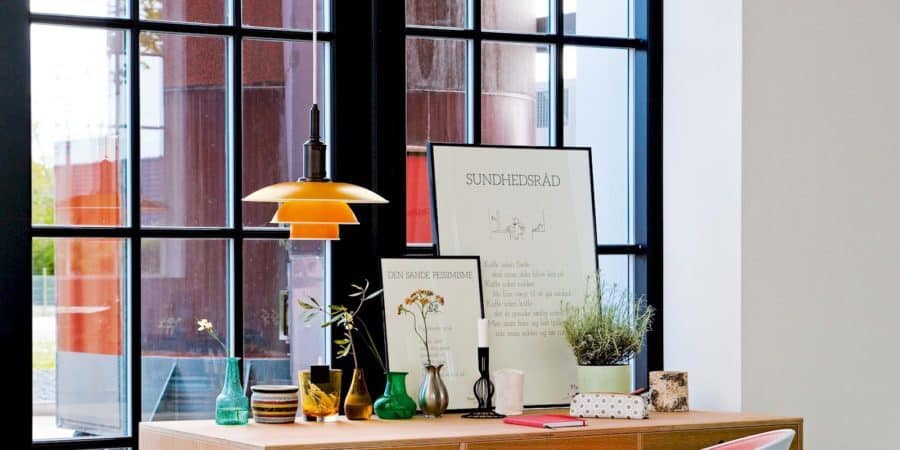 You Say You Want A Revolution

Danish designer Verner Panton was most well known for his Panton chair, a colorful S-shaped style which was made of moulded plastic and was the first of its kind. 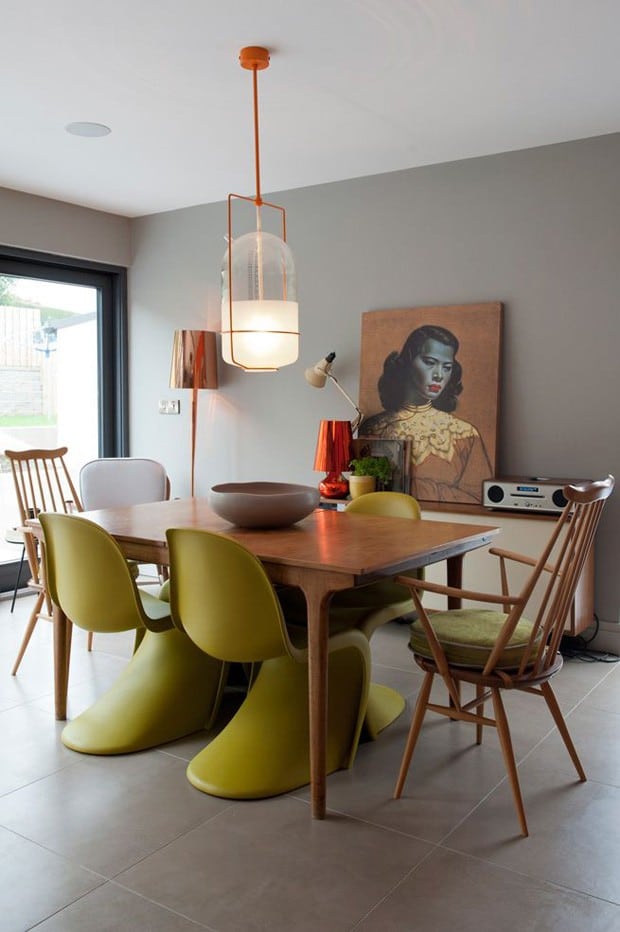 He played a significant role in defining the new, vibrant color scheme of the 60’s and 70’s, thanks to the bold color options available to the buyers of his furniture. The Panton chair is considered one of the great masterpieces of Nordic design, and represents a bold shift in the aesthetic.

Shortly thereafter, the term “mid-century modern” was coined to describe the post World War II movement toward simple shapes and functional design, and time periods of Scandinavian and mid-century modern design run concurrently – but the similarities diverge at that point. 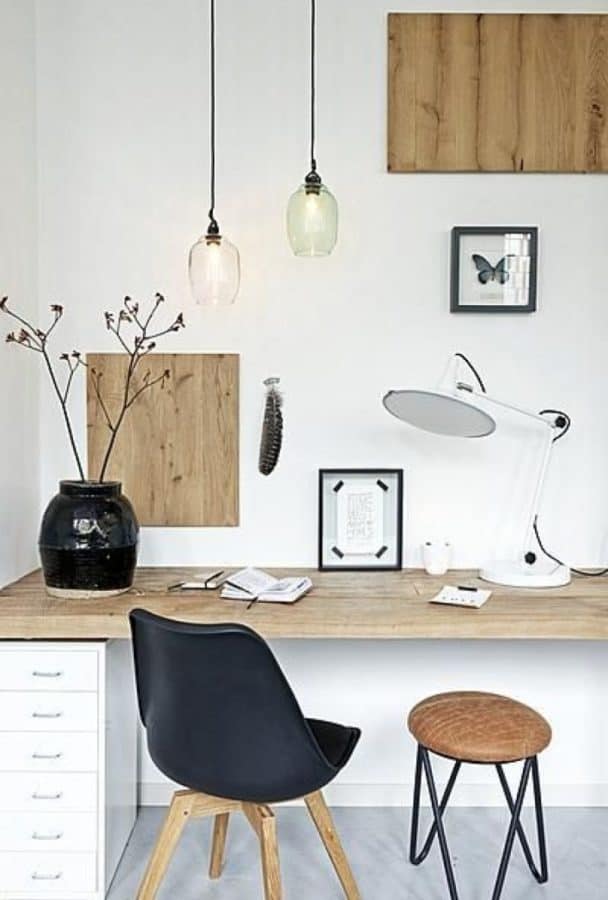 We would be remiss not to mention Hygge, the somewhat unpronounceable term (hint: “hoo-gah”) that swept the Internet over the past couple of years. 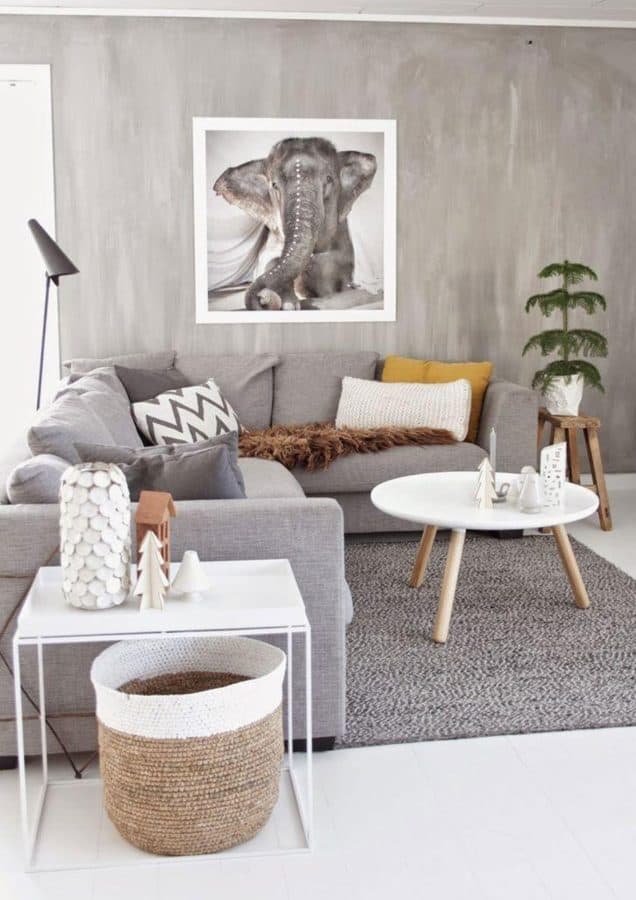 It is a Danish term which has no direct translation, but in essence means lighting the soul with a sense of cosiness. Although it may be new to those of us English-speakers, the word has actually been around for centuries. And while it’s not a design style per se, it has long been an important element of Scandinavian design. 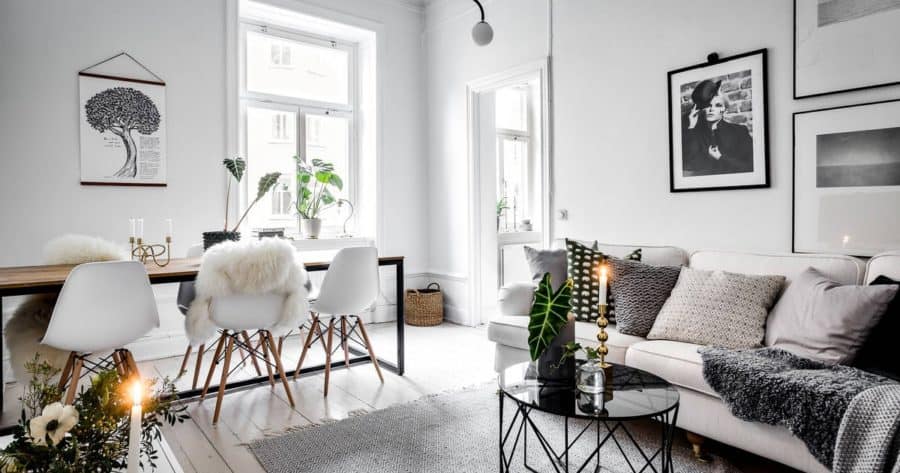 Architect Lee F. Mindel’s modern New York duplex is an homage to Scandinavian design; an Alvar Aalto wing chair occupies the foreground, a Poul Kjaerholm daybed in the middle, and a pair of Finn Juhl Pelican chairs surround an Aalto coffee table in the background. 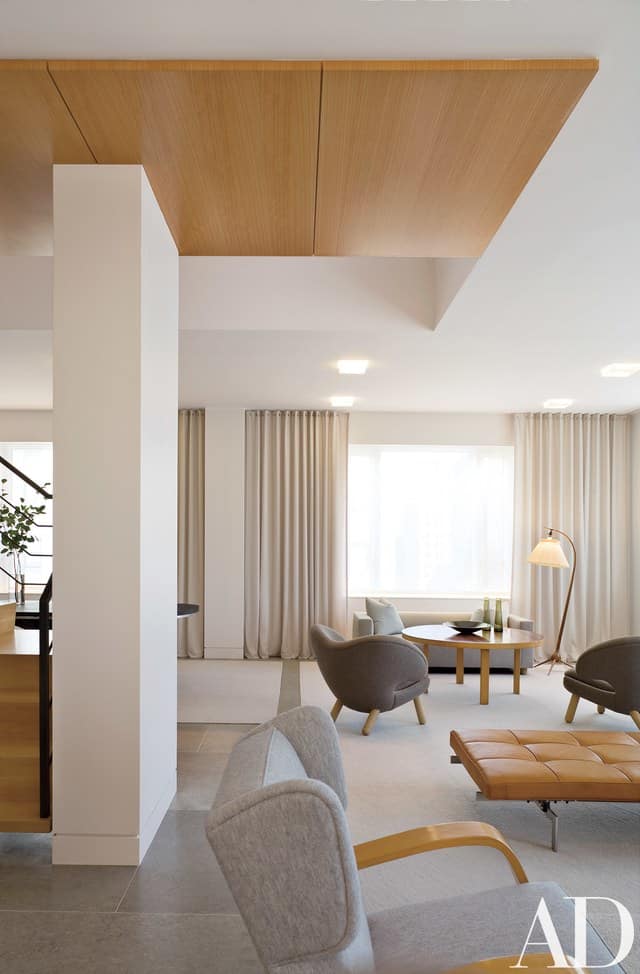 Where To Get Scandinavian Design Today

Retailers Knoll, Artek and DWR still sell many of the now classic Nordic designs of the 50s and 60s, and maybe you’ve noticed the influence that Scandinavian design has had on many other contemporary stores such as West Elm, CB2, and Room and Board. 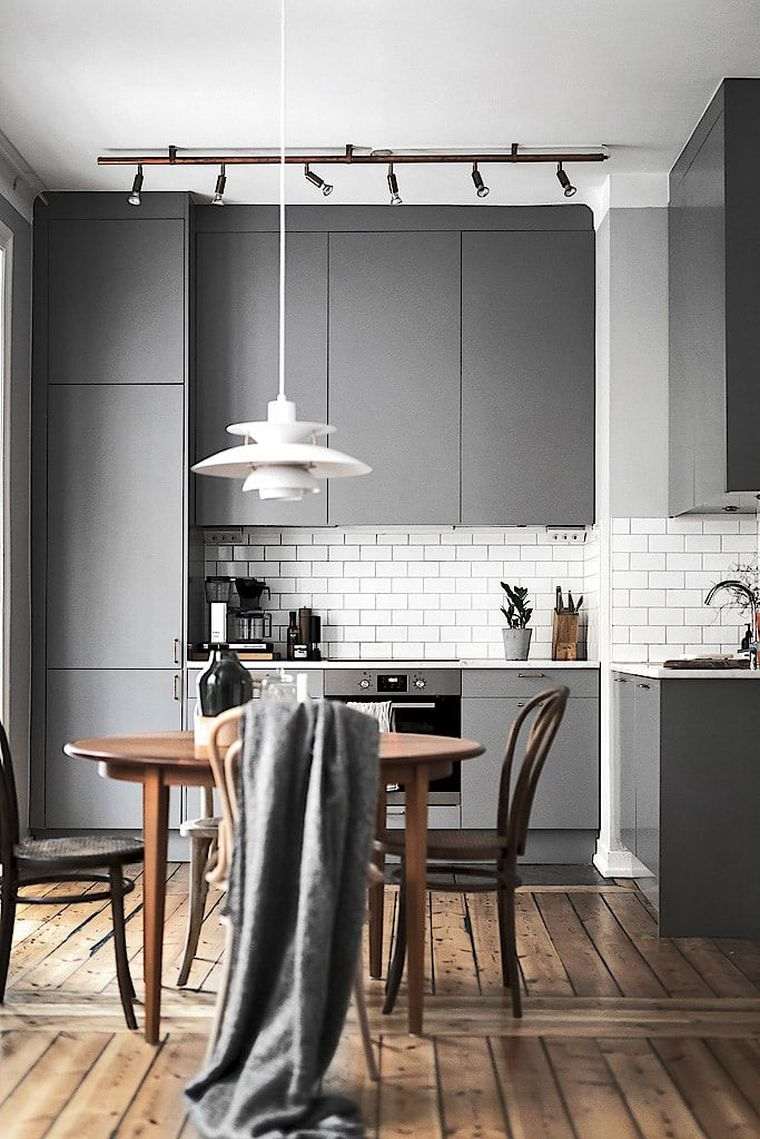 With its warm, inviting feel and modern lines, it’s easy to see why Scandinavian design continues to be a mainstay in contemporary interiors. So while trends are always evolving, this classic style is one that, in one form or another, will probably be here to stay. 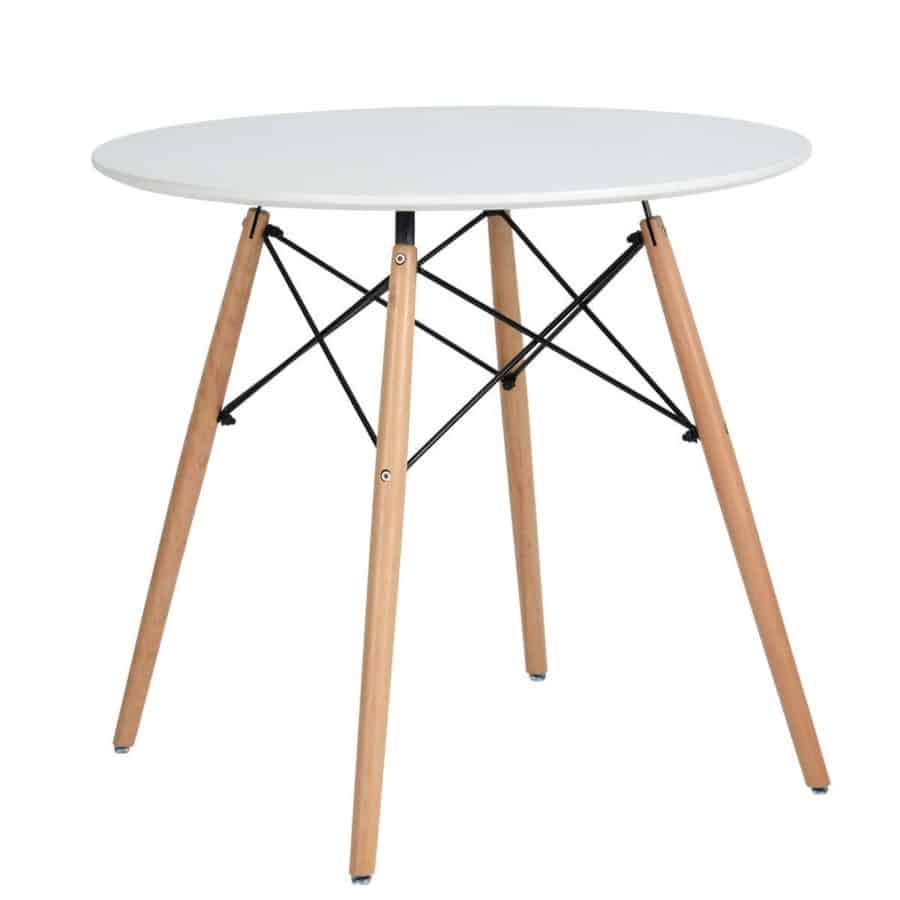 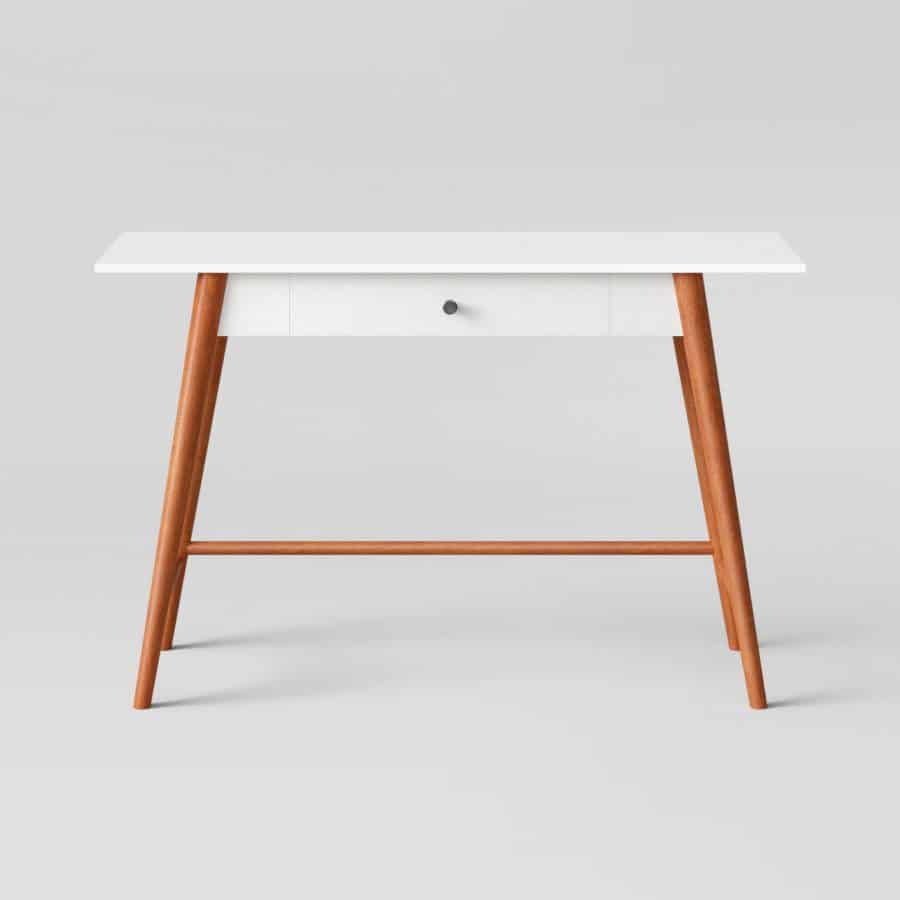 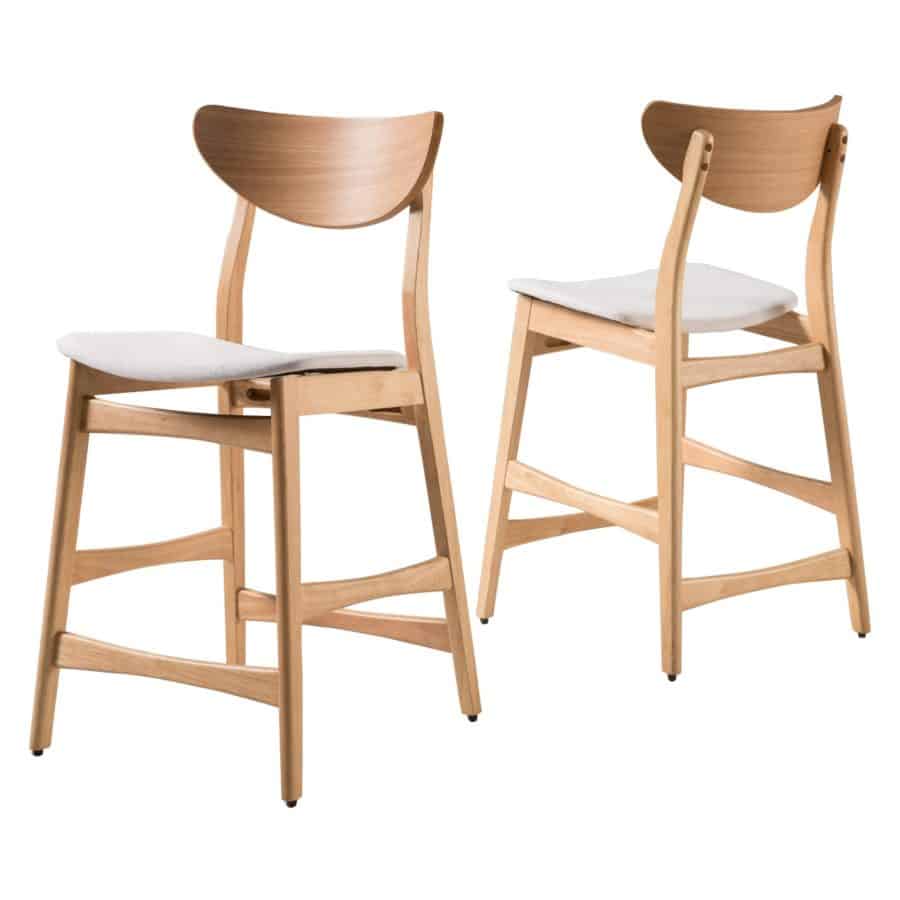 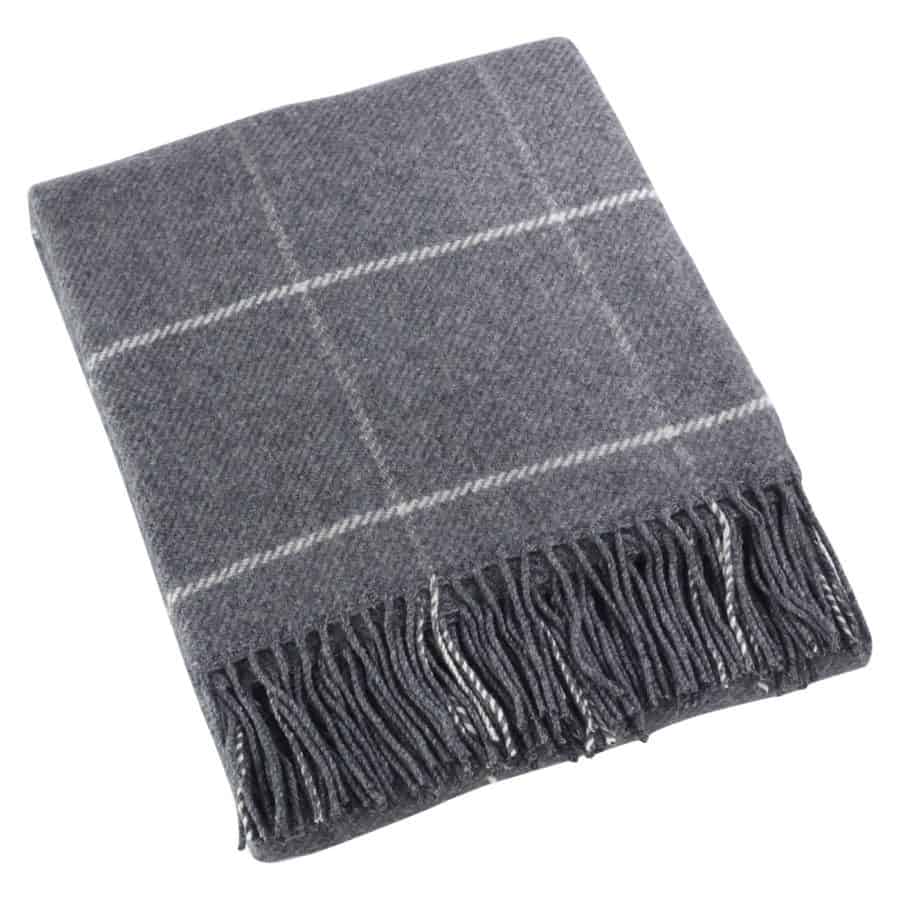 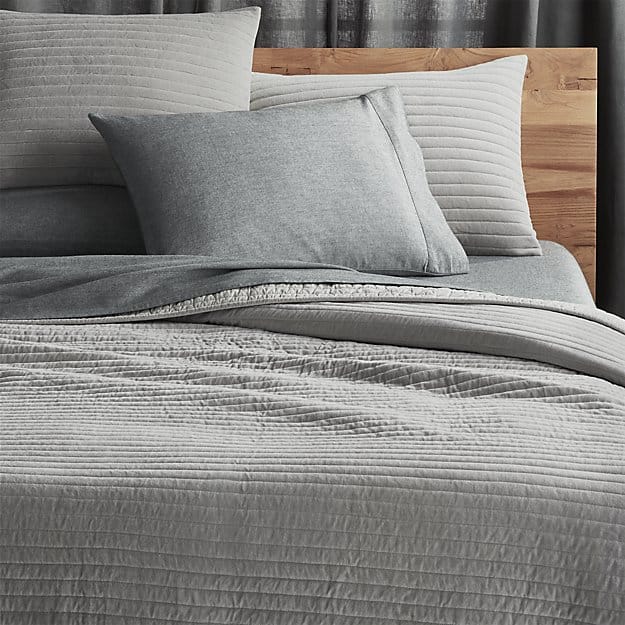 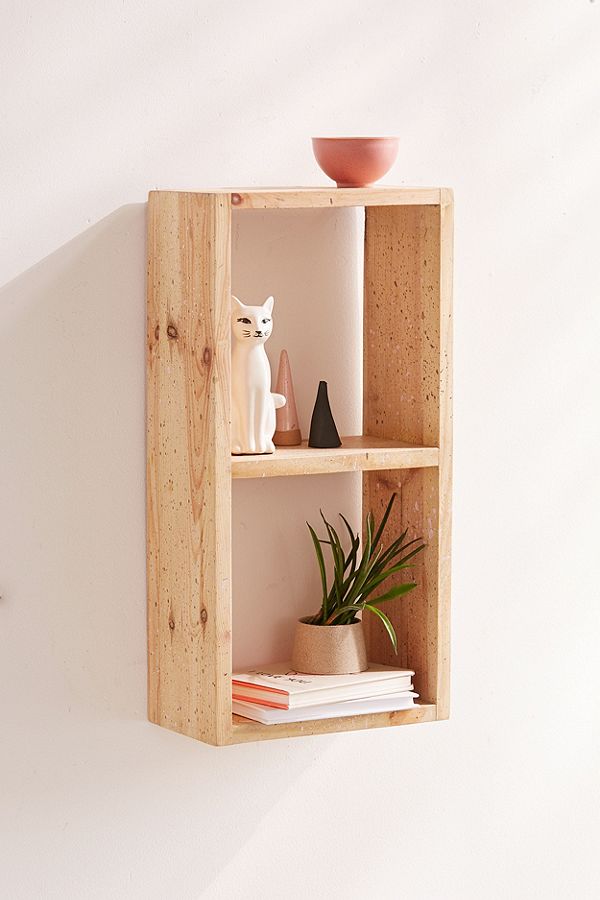 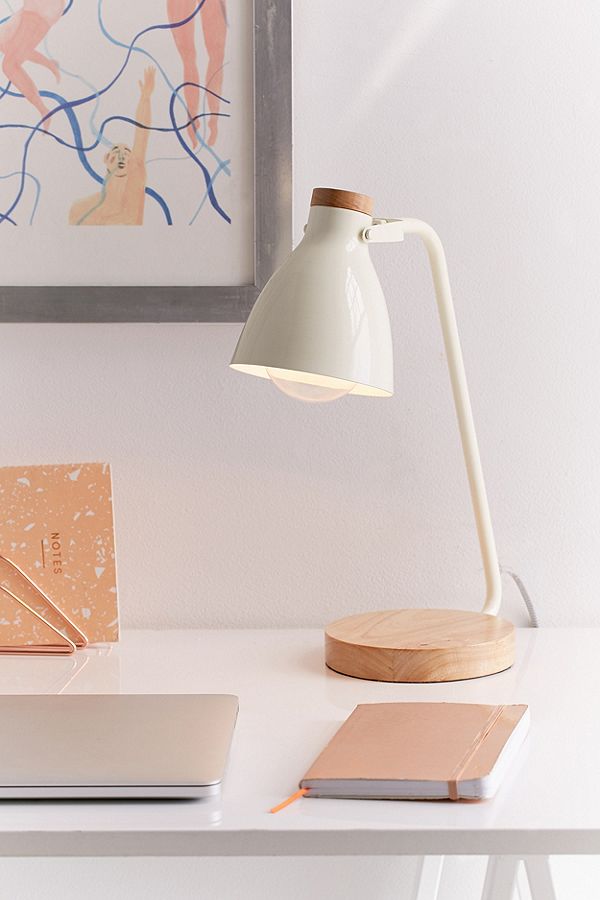 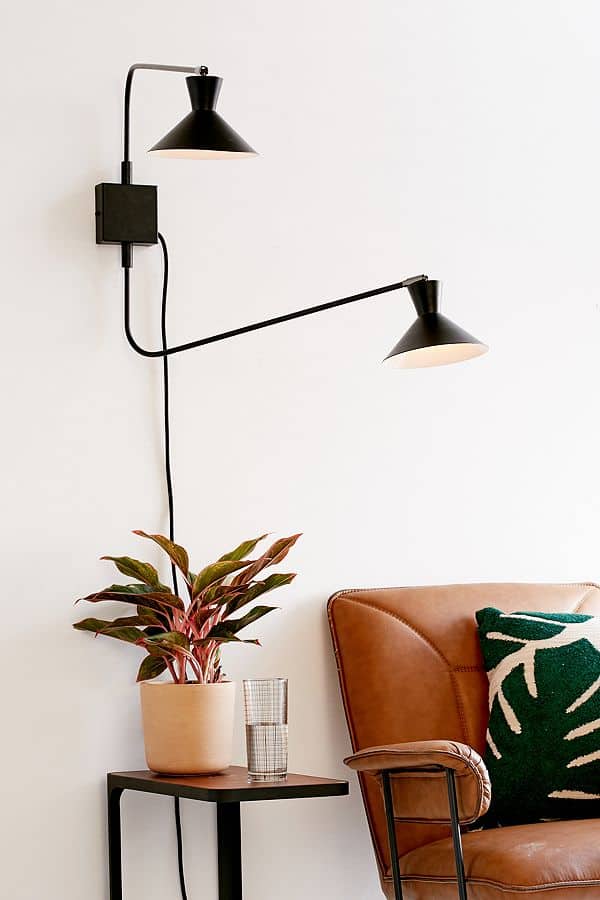 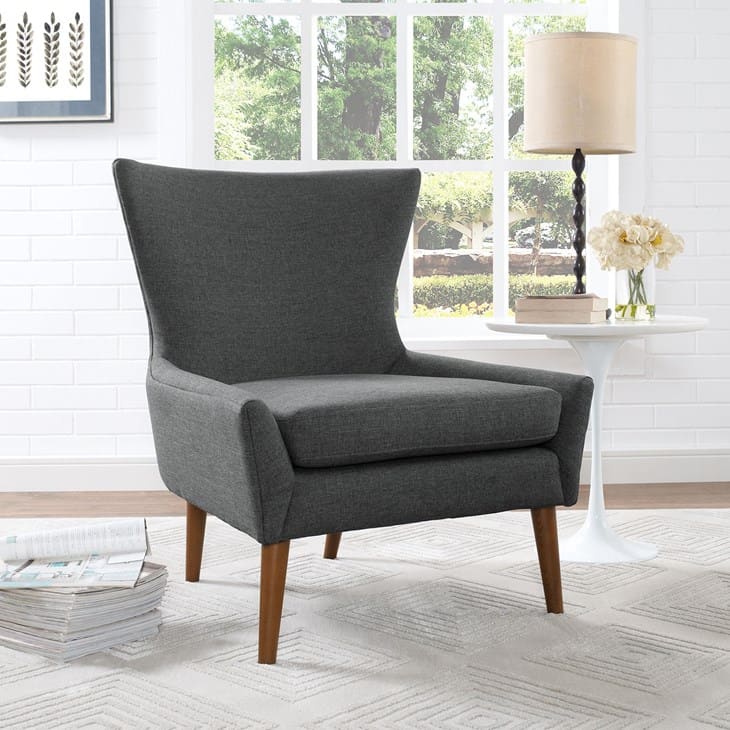 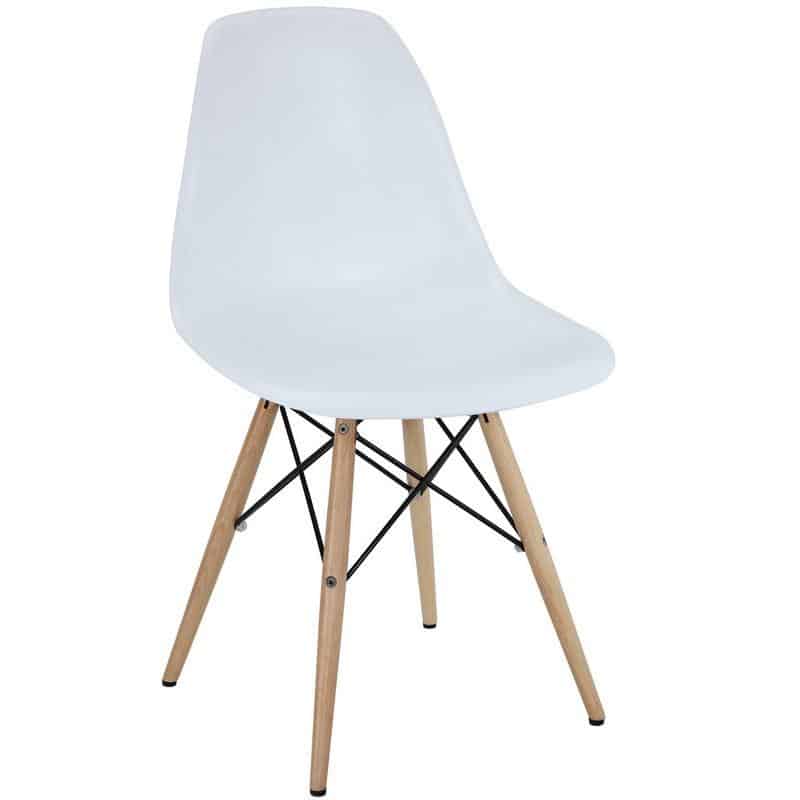 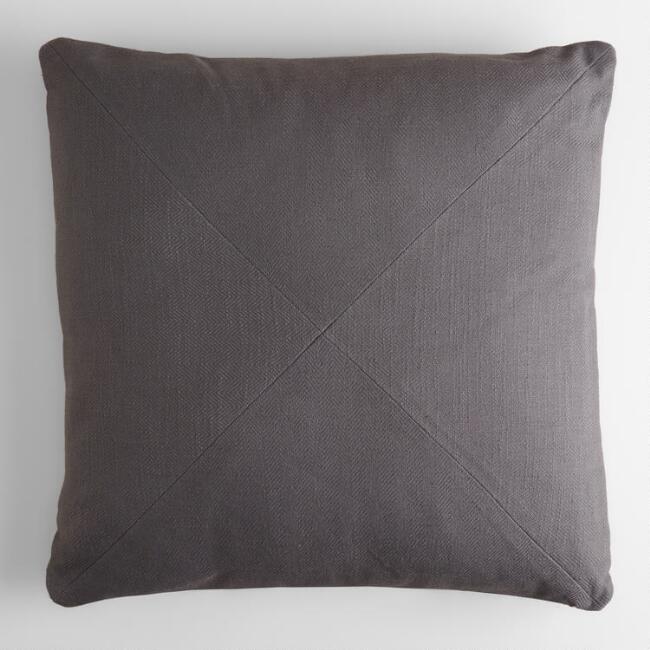 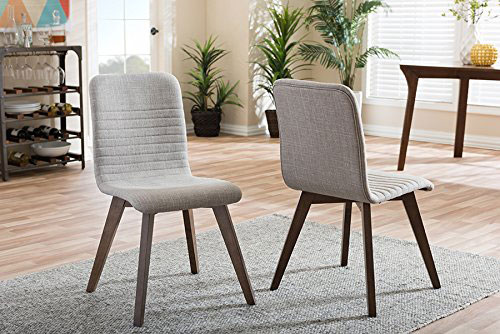 What’s your favorite element of Scandinavian design? The functionality? The simple color scheme? Share your thoughts in the comments section!

Faith Towers is a designer and writer with a passion for all things creative. She received her art degree from Skidmore College, and her work has been featured in many well-known publications such as Forbes, Yahoo and Curbly. Visit her blog Design Fixation for more creative inspiration.

Apartment LivingHome & LivingThe Intentional Apartment
Discipline is a skill anyone can learn.
Cutting through the confusion: A breakdown of common knife terminology.
You don't have to be a traumatized father fighting a fungi-based zombie apocalypse to wear this jacket.
Did You Miss These?
Guys stereotypically hate to shop – these innovative brands make it painless.
Great beer tastes even better when you surround it with the right things - friends, sports, and of course, food.
Differential? Drive shaft? Even if you don't work on your own car, you should still understand how it works. Get the low down on what happens when you put the pedal down.
We've researched the best men's winter coats, based on material composition, product rating, and price.
Life can be overwhelming - Here's a proven method used by fighter pilots to make smart decisions fast and stay on top of it all.
And how to build them in under 30 days.
Do these now to keep your style strong and simple.
If you want to know how some rich actor gets in amazing shape, you're in the wrong place.
A look back as we gear up to move forward.