sidebar_content
Skip to Main Navigation Skip to Content
When podcasts and lyrics get too distracting, try these five flow state supporting choices to help you lock in and actually get some work done.
17 June,2018By Justin Brown / Photos By Andrew Snavely
This post may contain affiliate links, read about our editorial promise

While silence can be golden for concentration in a certain situations (if you’ve ever turned down your car radio as you’re trying to read street signs, you know what that feels like), recent studies have confirmed that carefully chosen sound can actually help the human brain when it comes to focusing on work, school, and other tasks.

Thanks to the internet and streaming services there are nearly limitless options when it comes to choosing the optimal soundtrack for your day – but which ones are the best for boosting productivity, focus, and creativity?

Scientists studying music and productivity have revealed several key factors you should consider before choosing what you want to echo between your ears:

What Makes The Best Music For Productivity?

According to research from Cambridge Sound Management, speech (which can include vocals in music) distracts about 48 percent of office workers. So if you’re worried you might fall into the category of those who lose focus due to the sound of someone’s voice, maybe only seek out instrumental music.

Are you merely organizing files or filling out a spreadsheet? Multiple studies from the University of Birmingham in England have revealed that music is effective in raising efficiency, especially with repetitive work.

Keep up the pace

One study by Canadian researchers found that matching the tempo of your music to the requirements of your work can assist performance (for example baroque music is very popular among those who need to get a lot of work done, including medical professionals). Additionally, a study from the BMS College of Engineering in Malaysia reported a dramatic reduction in stress and an increased sense of relaxation amongst subjects who listened to music that played at around 60 beats per minute (about the tempo of “The Lion Sleeps Tonight” by The Tokens or “Honky Cat” by Elton John).

This kind of goes without saying but if you decide to listen to music while working, it should obviously be music that you enjoy. A study from the University of Windsor in Canada found that listening to music that you like helps you come up with better ideas as well as motivating you to complete tasks more quickly. The reason? Mood improvement. Music that appeals to you will put you in a positive mood, which can minimize stress and enhance your focus. 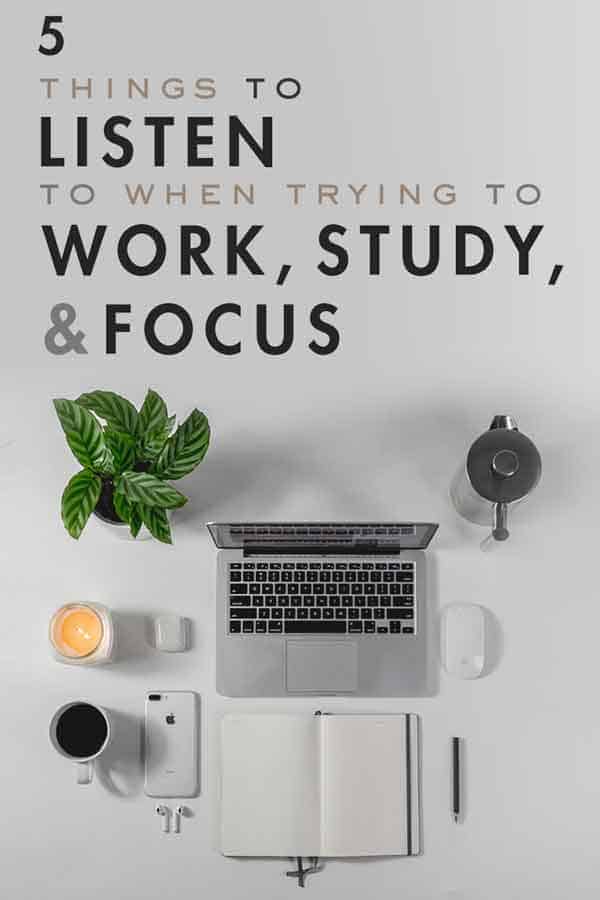 Now, armed with all of this scientific knowledge, plunge one or more of the following five excellent aural options into your earholes, and then happily and effectively get some work done. 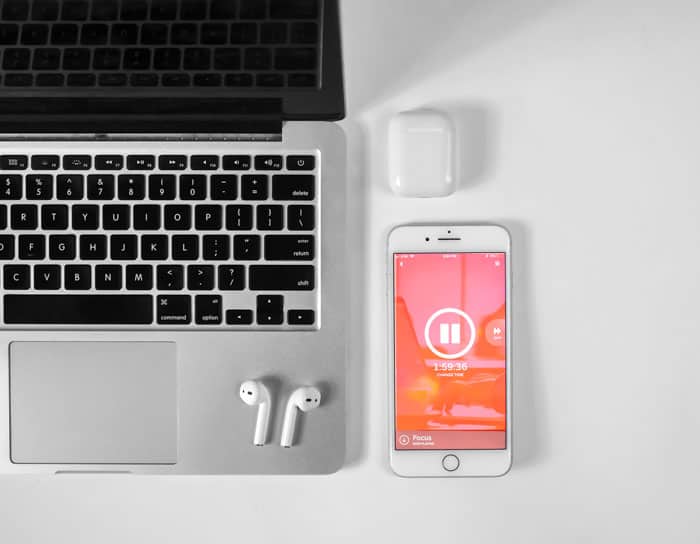 Utilizing music that is composed by artificial intelligence, Brain.FM is the ultimate combination of human ingenuity and robots who dream of being rock stars. Backed by a collective composed of engineers, musicians, and scientists, the Brain.FM app will work with you to craft tunes specifically designed to enhance your focus and efficiency, based on the type of work you’re doing (or you can explore already-existing tracks to find one that immediately appeals to your tastes).

The service also offers music options designed to foster relaxation and meditation, as well as promoting healthy naps and sleep. 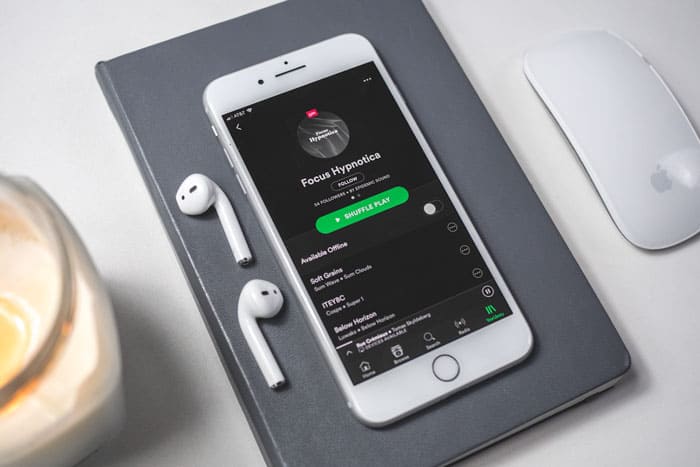 Whether you realize it or not, you’ve probably already heard plenty of music from Epidemic Sound.

For years, selections from the Swedish production music library have provided the soundtrack for thousands of amateur and professional videos in places like YouTube, Facebook, and more. But that doesn’t mean Epidemic merely churns out bland, formulaic beats meant to fade into the background of a product review video, though.

In addition to having songs you’d actually like to listen to and sing along with when driving or dancing, Epidemic’s vast library of over 30,000 tracks also has plenty of music perfect to help you focus and efficiently get through a workday, with a variety of genres, categories, and styles (you can even sort tracks based on the beats per minute).

You can go straight to the source and access Epidemic’s library through their website’s media player or check out any of the dozens of their free playlists on Spotify and Soundcloud — including instrumentals like Focus Hypnotica, Gentle Guitar, Timelapse & Slo-Mo, and Focus Beats. 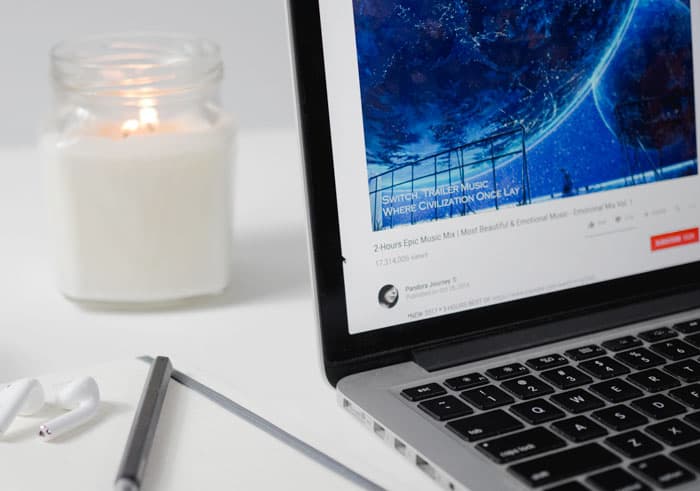 Some days, with some projects, you just want to feel like you’re a character in a movie or a video game. And on those days, you don’t want subdued background tunes — you need assertive, epic music punctuating every achievement and propelling you through each step of the process.

There’s no better place to quickly find whichever flavor of epic music you prefer than YouTube — whether it’s a 2 hour mix, a 6 hour mix, or a 10 hour playlist, there are plenty of options that will suit your needs (or just craft your own cherry-picked playlist packed with tracks from your favorite epic movie soundtracks). 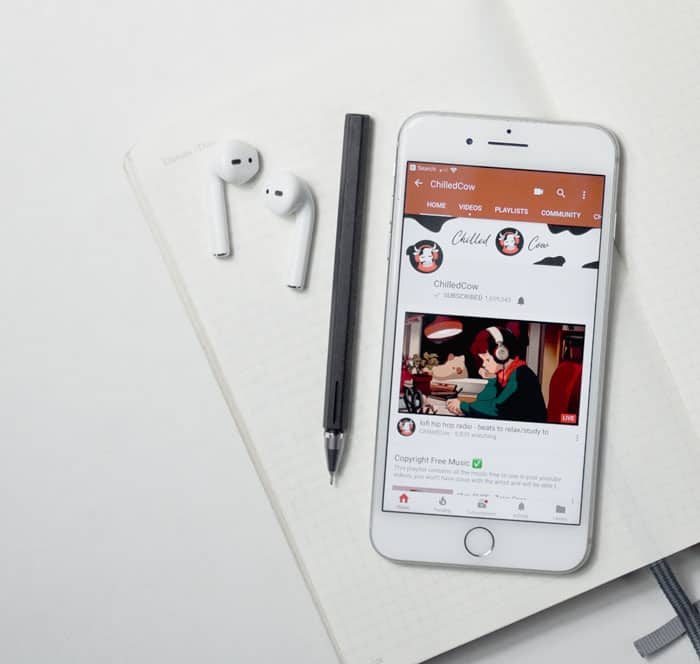 Lo-fi music is not new by any means but the genre has exploded in popularity over the last few years, being embraced by fans of everything from Hayao Miyazaki and anime to modern hip-hop and indie films.

ChilledCow is a very popular Lo-Fi channel on YouTube that curates soothing, low-fidelity, largely instrumental music. In addition to having fixed length tracks and videos, the channel also regularly does live streams of lengthy lo-fi playlists, which can add a nice bit of variety and a curated radio feel.

ChilledCow is also available on SoundCloud and beyond that, there are many similar low-fi options on Spotify and other streaming music services. 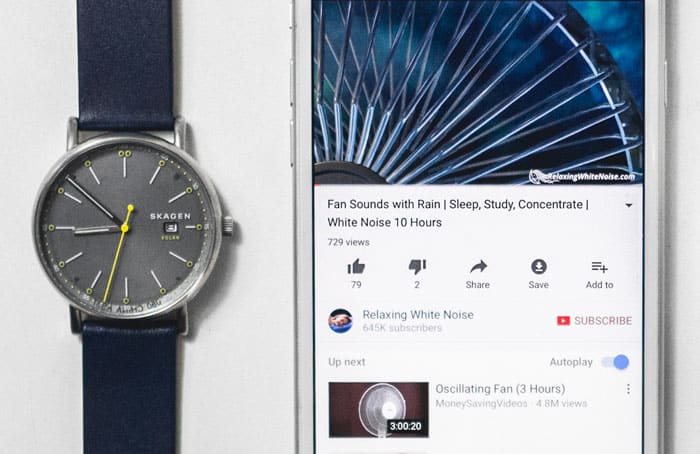 It’s no surprise that sounds of nature can be soothing but a recent study at the Rensselaer Polytechnic Institute revealed that adding a natural element to the ambiance of your workspace could actually enhance mood and boost focus.

More specifically: the sounds were found to mask intelligible speech as effectively as white noise and further optimize cognitive functioning, concentration, and increase workers’ satisfaction! And the best part about nature sounds? They work very well on their own and can easily be played on top of any of the other music options listed above, easily giving you the benefits of both (plus sort of transforming you into some kind of Mother Nature Mad Scientist DJ).

Check out YouTube channels like Johnnie Lawson and Relaxing White Noise to immerse your eardrums in the soundtracks of Earth.

What Is The Soundtrack To Your Productivity? Let Us Know In The Comments Below!

Self-DevelopmentWork Life
Discipline is a skill anyone can learn.
Cutting through the confusion: A breakdown of common knife terminology.
You don't have to be a traumatized father fighting a fungi-based zombie apocalypse to wear this jacket.
Did You Miss These?
Great beer tastes even better when you surround it with the right things - friends, sports, and of course, food.
Your next favorite pair of jeans.
Re-take control: Anxiety can be all consuming but there are real ways to overcome it. And you can start today.
We've researched the best men's winter coats, based on material composition, product rating, and price.
Life can be overwhelming - Here's a proven method used by fighter pilots to make smart decisions fast and stay on top of it all.
And how to build them in under 30 days.
Do these now to keep your style strong and simple.
If you want to know how some rich actor gets in amazing shape, you're in the wrong place.
A look back as we gear up to move forward.