sidebar_content
Skip to Main Navigation Skip to Content
...well I heard something interesting the other day...
22 November,2017By Justin Brown
This post may contain affiliate links, read about our editorial promise 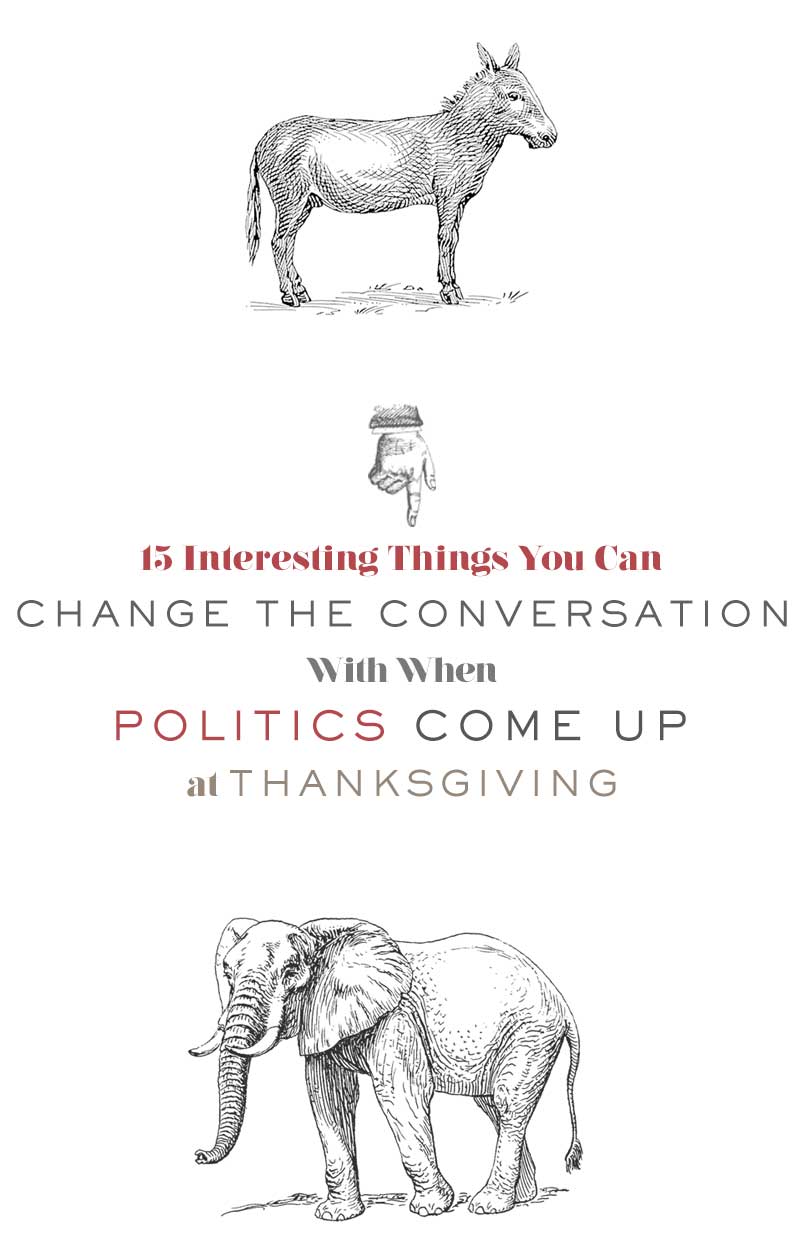 Thanksgiving dinners can be a minefield for pleasant familial discourse. Let’s face it: putting a large cross-section of ages and opinionated personalities into a cramped arena that also features alcohol and a limited amount of food is a great recipe for disaster.

With that in mind, here are 15 easily-digestible, non-volatile stories you can use to break tension and fill dead air while also informing and entertaining everyone at your holiday table.

Living Smarter
Bring your body and mind back into a relaxed state.
There’s no time like the present to check some names off your gift list.
Your kids need you; your phone doesn’t.
Did You Miss These?
Desire greater.
The proven trick for staying on track.
Cohabitation is a a big step, but if you go in with the right mindset, the transition can be seamless.
The last hurrah of the Black Friday sales weekend.
Black Friday is here. And we've put in some serious time distilling what's worth shopping and what's worth skipping.
Save on gifts and stock up on essentials.
Cigars are best enjoyed socially - here’s our crash course on how to build the best experience.
Coming up with gift ideas that are reasonably priced can be a chore. These 100 gifts will make any man happy as a kid, and most are quite affordable.
Yes, the holidays are all about giving to others – but that doesn't mean you can't benefit from the deals too.