This classic cocktail dates back to the era of Prohibition, and is attributed to Harry MacElhone, founder of Harry’s New York Bar in Paris, which was a hotbed of cocktail activity during the roaring twenties (It’s still there today! I enjoyed a Sidecar on those hallowed grounds less than two years ago). The drink’s bizarre name derives from an equally bizarre historical oddity: a sudden fascination with the work of Dr. Serge Voronoff, who was born in Russia but lived most of his life in France, and who possessed great interest in increasing longevity and vigor through experimental surgery techniques.

One such procedure involved grafting testicular tissue from a monkey into a human male (I’m not making this up), with the idea that the operation would increase virility, revitalizing the man and amping up his appetite for sex. The procedure gained a lot of buzz during the twenties, with more than 500 known patients in France alone, and a whole lot of word of mouth … enough so that naming a drink after it made sense. While this all sounds deeply strange to us now—and indeed, beginning in the 40s Voronoff’s work began to be largely condemned as quackery—Voronoff’s procedures have in the last two decades regained acknowledgment from the scientific community, especially as work with hormone-replacement therapy has shown that, yes, such transplants may indeed have some anti-aging and other benefits.

Voronoff’s procedure hasn’t really got anything to do with the drink, which features not a single gram of monkey testicle. I think we can all breathe a little easier knowing that. The cocktail, a combination of gin, orange juice, grenadine, and absinthe, was reputed to put just as much kick in your step as undergoing one of Voronoff’s procedures. In fact, it inspired a bawdy vaudeville tune from Billy Meyers which referenced both the procedure and the drunken antics that drinking one too many of the cocktails could cause.

The key to this drink, as with all those that contain grenadine, is to use the good stuff. If you buy corn syrup with red food coloring dumped into it, you’ll be disappointed, getting basically a gin screwdriver with a few aniseed notes in the background. Real grenadine is tangy, with a pronounced pomegranate flavor. I described how to make it in my Jack Rose article not long ago, but there are also several brands on the market that are quite good. Just make sure they list pomegranate juice as the first ingredient, and you’ll probably be fine. Note: the official recipe calls for a teaspoon. I like to double that to add more zing, but I’ve left it as-is below.

Liquors in parentheses are what I used when I made this recipe, and are included as suggestions. Many thanks to Ted Haigh and his fantastic book Vintage Spirits and Forgotten Cocktails for historical information. 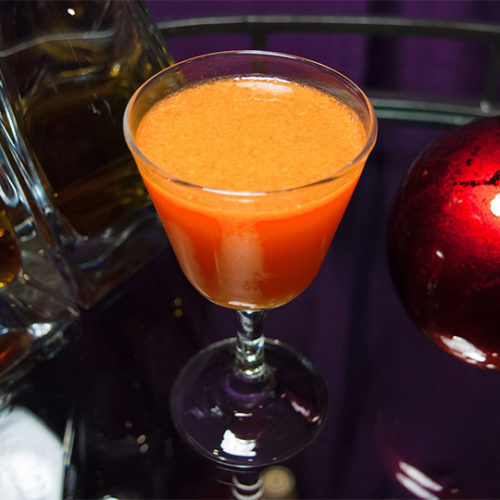 Cocktails & AlcoholIt’s Friday…Have a Drink
Great, dressier summer style at an attractive price.
Summer Wedding ✓Office ✓ Looking like Model ✓
Look forward to dressing sharp when it's sweltering.
Did You Miss These?
A step-by-step guide for making, achieving, and tracking better goals, plus 50 examples to get you going.
You might just win once you understand what cards you're playing.
Admittedly, in our current world, the thickheaded male perspective of "this is a man's job and that is a woman's job" is thankfully dwindling by the day, but there are still a great deal of guys out ... [more]
To master your life, you have to master yourself first.
Simple and very effective.
Add a new option to your rotation.
The best Father's Day gifts (that aren't a "#1 Dad" mug).
When you find a staple that works for you, upgrade to a version that features unique design details, premium materials, or sustainable construction.
Let's do summer on purpose.