Well, it’s finally warm enough to want some cooler, more refreshing cocktails, so let’s do something rare for me (and for this column): let’s make a long drink. Specifically, let’s make my grand-prize-winning entry into Tanqueray’s 2010 “Best T&T” contest.

The goal of the contest, and of the drink, was to make an interesting spin on the traditional gin & tonic. The cocktail had to use Tanqueray gin and tonic water, of course. There were also specific limits about how much booze the drink could have, which I adhered to. Other than that, you could pretty much do whatever you wanted.

My goal was to add some nuance while celebrating the drink’s British roots. While thinking of ingredients, I remembered reading the Paddington Bear stories as a child, and thought of the title character’s love for orange marmalade, a classic English spread for toast or crumpets. You can find it in just about any grocery store. I thought stirring that into the drink, while adding some bitters and vermouth for complexity, might produce something delicious.

The judges apparently agreed! The cocktail won me, among other things, a three-day stay in New York City that included a “cocktail safari” through the city, where my wife and I visited several different, excellent cocktail bars in the company of Mr. Angus Winchester (Tanqueray’s Global Ambassador at the time) and Mr. Tony Sachs (Huffington Post spirits journalist. It was an amazing experience that only helped solidify my love of the world of cocktails. 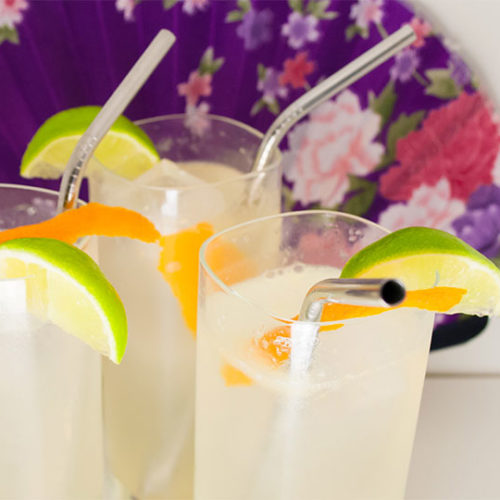 Cocktails & AlcoholIt’s Friday…Have a Drink
Be the talk of the town (or at least the watercooler) with one of these perfect gift swap ideas.
Bundling up doesn't end at your wrists.
Bring your body and mind back into a relaxed state.
Did You Miss These?
If your nipples are permanently set to “stun”, read on.
If it's good enough for the Apollo 11 astronauts, it's good enough for us.
Save your face, get a better shave.
There’s no time like the present to check some names off your gift list.
Your kids need you; your phone doesn’t.
The last hurrah of the Black Friday sales weekend.
Black Friday is here. And we've put in some serious time distilling what's worth shopping and what's worth skipping.
Save on gifts and stock up on essentials.
Cigars are best enjoyed socially - here’s our crash course on how to build the best experience.