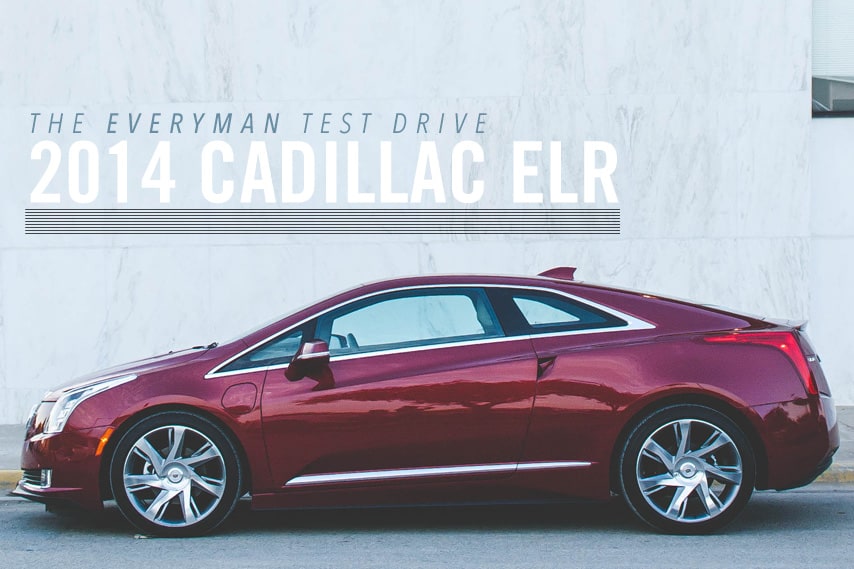 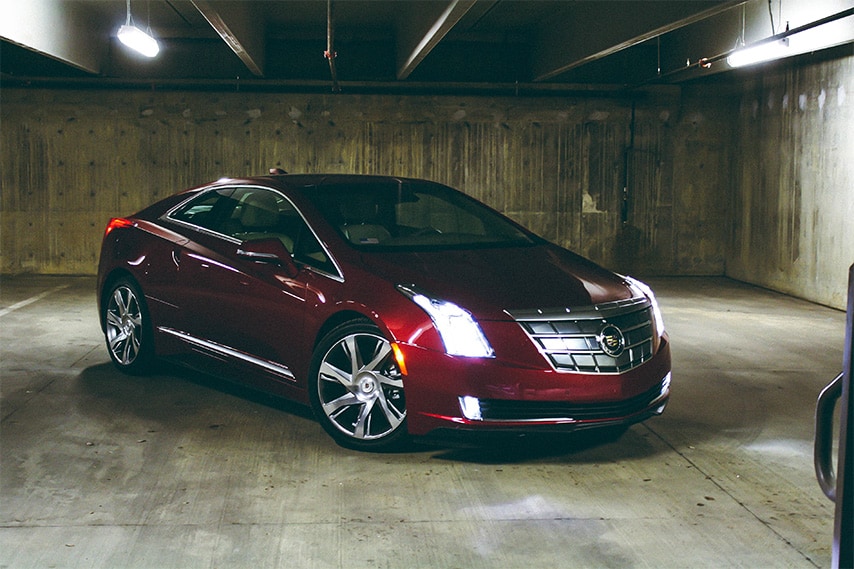 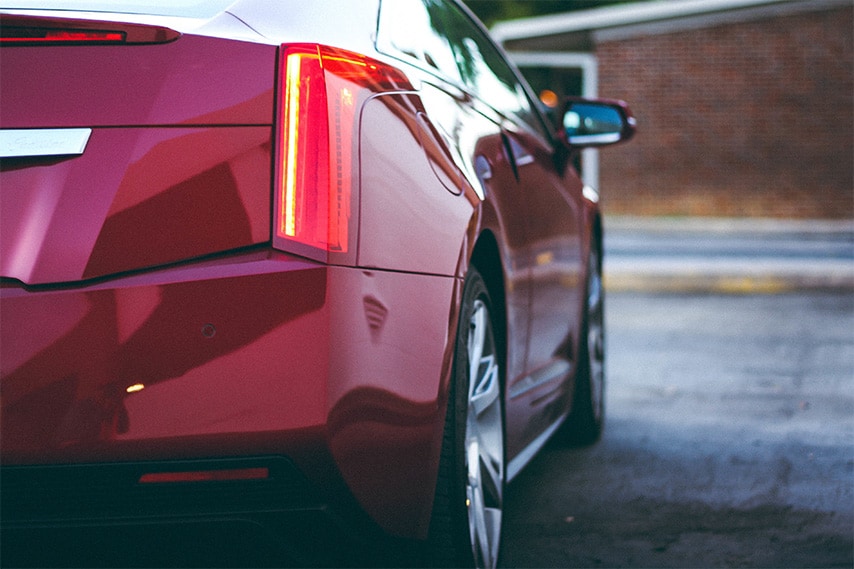 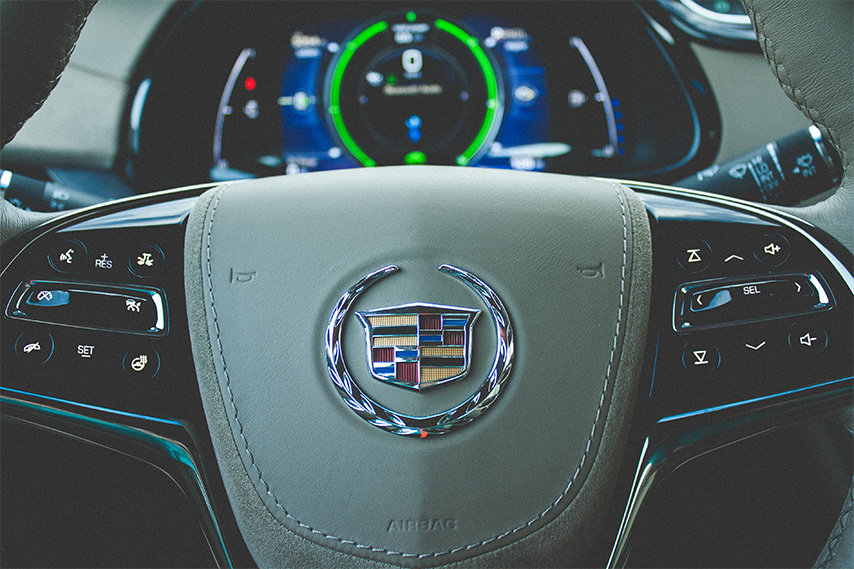 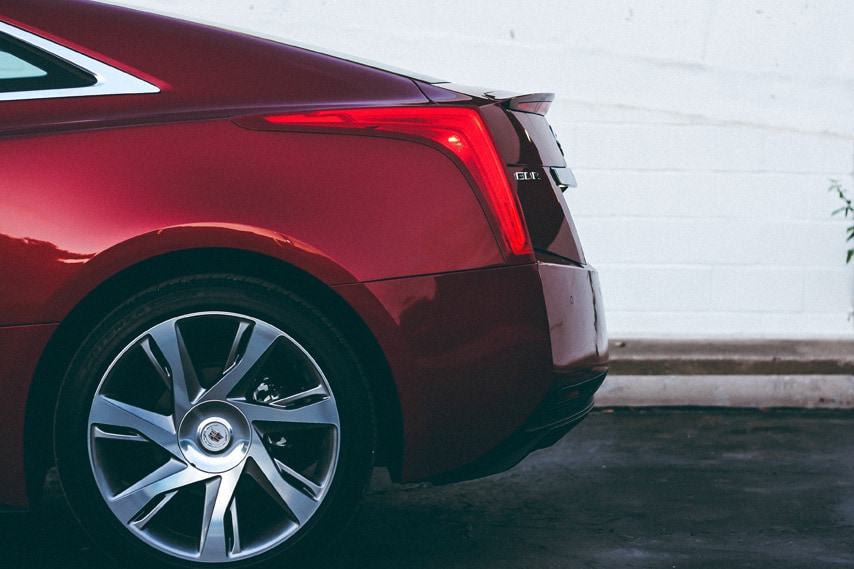 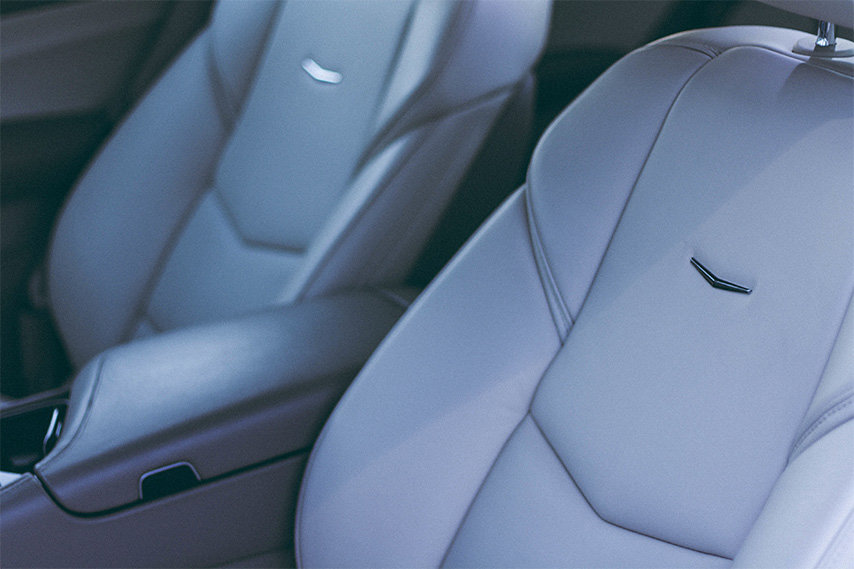 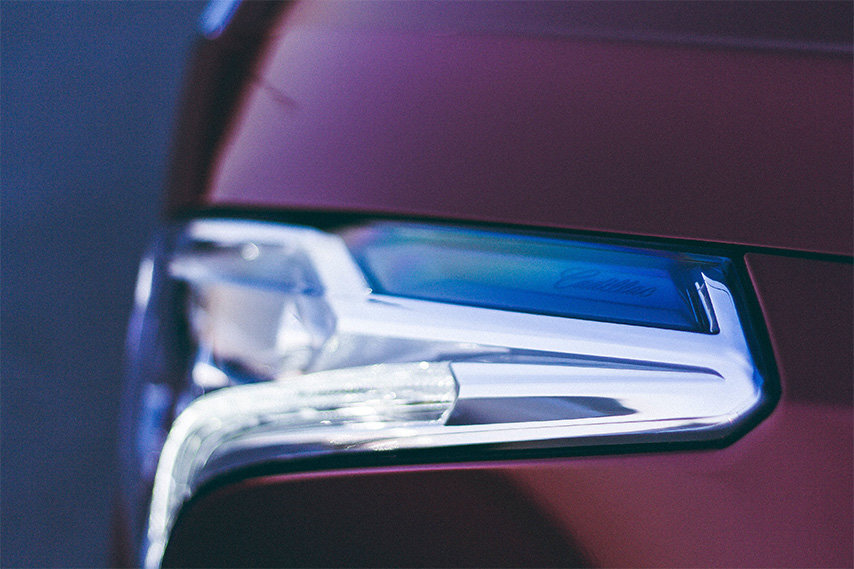 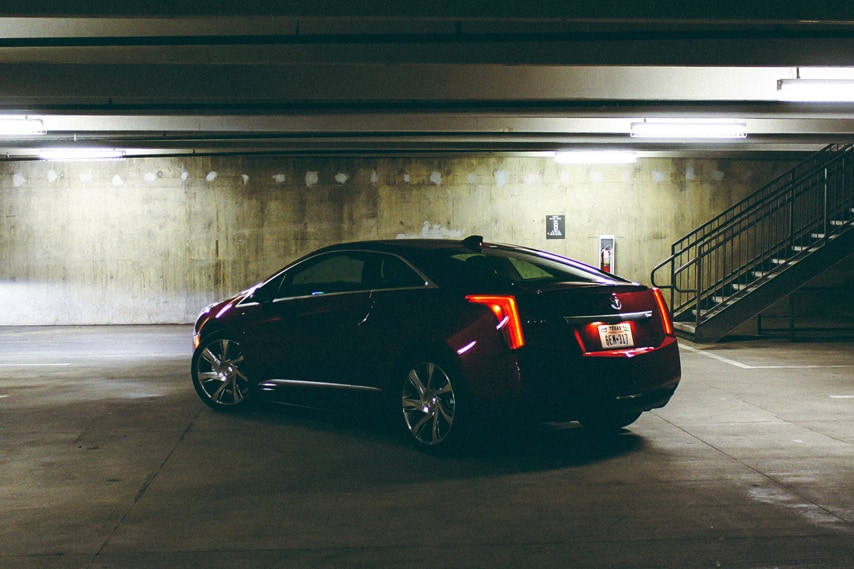 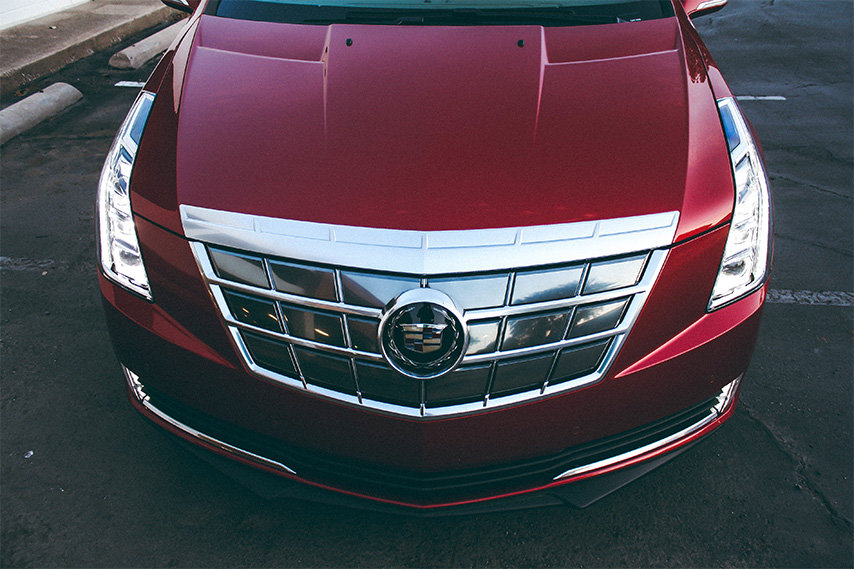 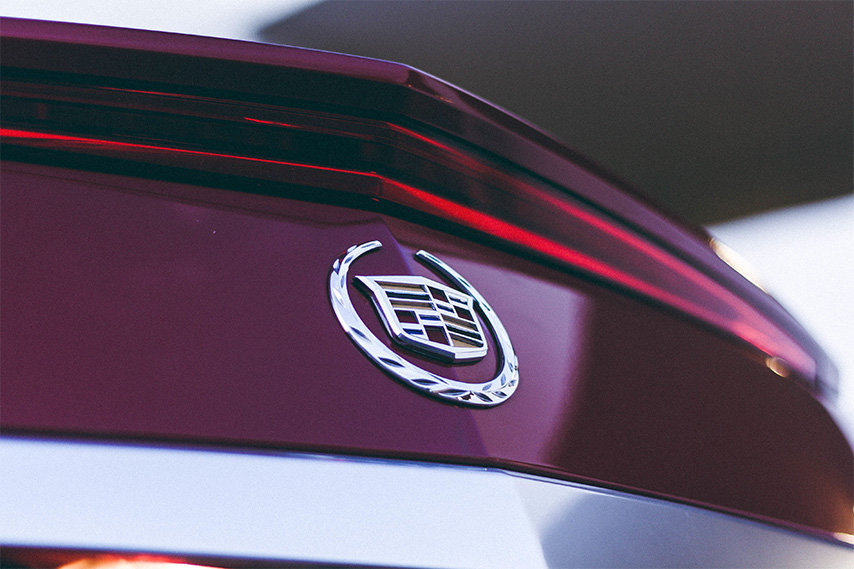 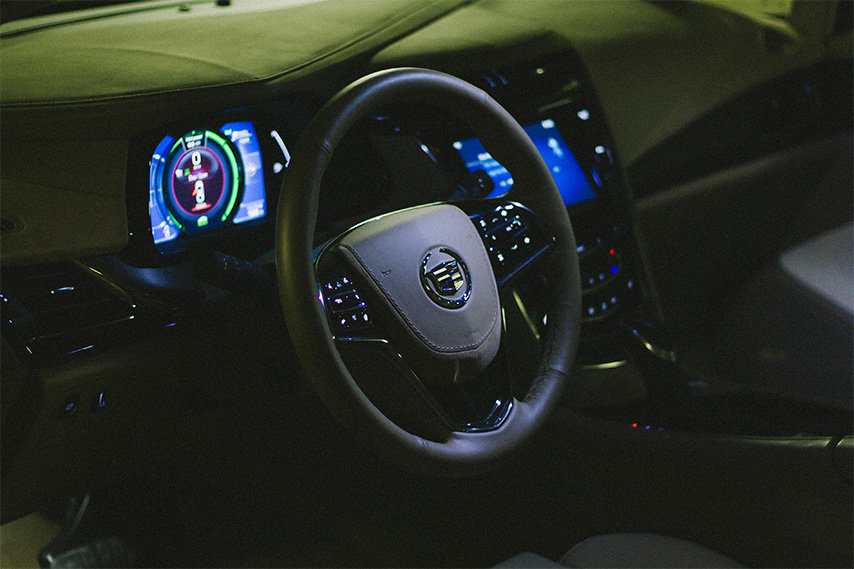 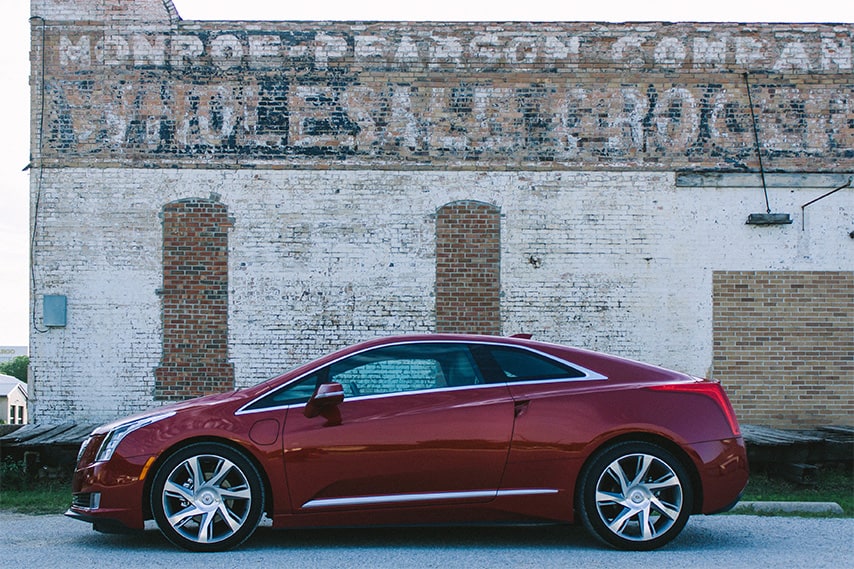 If looks can kill, the Cadillac ELR is deadly. This extraordinarily-designed aerodynamic coupe looks like everything a sporty Cadillac should: low, sexy lines, nose down-tail up, chiseled, aggressive, provocative, and without any concession to practicality.

The ELR is Cadillac's latest attempt at “sporty” cars. There have been others: the CTS, ATS, and ill-fated XLR. All were intended to compete with premium import brands, with varying degrees of success.  In many ways different than the larger Cadillac brethren, the ELR rides on a relatively short 106.1 inch wheelbase.

What makes the ELR different is that it's an electric car—a luxury electric hybrid coupe. Underneath that supermodel body and hefty $75,995 base price lies a “Delta II” platform, which runs on electricity primarily, but has a conventional 4 cylinder internal-combustion engine aboard that spins a generator, keeping the car’s lithium-ion battery pack charged up.

Driving it brings mixed emotions. The steering is tight, it turns heads on every corner, and it handles like a sports coupe should. The emotions become mixed when you mash on the gas peddle and watch the vehicle labor its way up to 60 miles per hour; a buyer’s-remorse-inducing 8.8 seconds in EV mode. It’ll get you to the grocery store in style, but forget those daydreams of tactical maneuvering at highway speeds.

The interior of this car shines in all the right ways: premium micro-suede, leather everything and wood grain accenting the interior. The haptic touch interface takes a little getting used to but is quickly mastered. Cadillac's lane departure system gives driver feedback in the form of a vibrating seat. Start drifting into the left lane and the left side of your seat vibrates, giving a whole new meaning to a kick in the pants.

The armrest runs through to the back of the car separating the backseat buckets. Like most sporty cars, the ELR's rear seat is difficult to climb into, but you'll find it surprisingly roomy once you get settled in. They’re in a reclined position that lends itself to more leg room. You sacrifice some trunk space for this luxury, however.

What's hard to get over is that underneath all this bravado, the ELR shares the same technology and front-drive chassis as the Chevrolet Volt. Like the Volt, the ELR operates only on electricity for about 30 miles before the gas-fired engine kicks in to recharge the batteries and keep things going. GM should’ve released the ELR first, Volt second.

For some time, car dealers have observed that Cadillac buyers will pay a premium for the Cadillac name, like the Escalade over a Suburban or Tahoe. The ELR starts at $75,995—an amazing $41,000 more than the Volt. From this writer's cash strapped perspective, it's hard to justify that premium, especially when you consider that a base Tesla Model S starts at nearly $7,000 cheaper with huge trunk space.

Cadillac isn't about justifying your decisions. Anyone can buy a Volt, but there are few luxuries in the automotive world as rewarding as driving a Cadillac. Previous Cadillac owners understand the heritage, pedigree, and sophistication that come along with the vehicle. All things considered, Cadillac has the intoxicating ability to overpower logic. Just make sure you can afford the hangover.

CarsEveryman Test Drive
Getting the perfect fit right off the rack is like winning the lottery. Whether you wear suits or selvedge denim, this guide demystifies the process of tailoring and alterations.
Discipline is a skill anyone can learn.
Cutting through the confusion: A breakdown of common knife terminology.
Did You Miss These?
It's time to kick things into overdrive. We'll show you how.
Plus: our budget-friendly picks to help you add some Scandi flair to your living space!
As a Primer reader you already know the importance of controlling the image that you convey to the world. How you dress, how you...
You don't have to be a traumatized father fighting a fungi-based zombie apocalypse to wear this jacket.
We've researched the best men's winter coats, based on material composition, product rating, and price.
Life can be overwhelming - Here's a proven method used by fighter pilots to make smart decisions fast and stay on top of it all.
And how to build them in under 30 days.
Do these now to keep your style strong and simple.
If you want to know how some rich actor gets in amazing shape, you're in the wrong place.