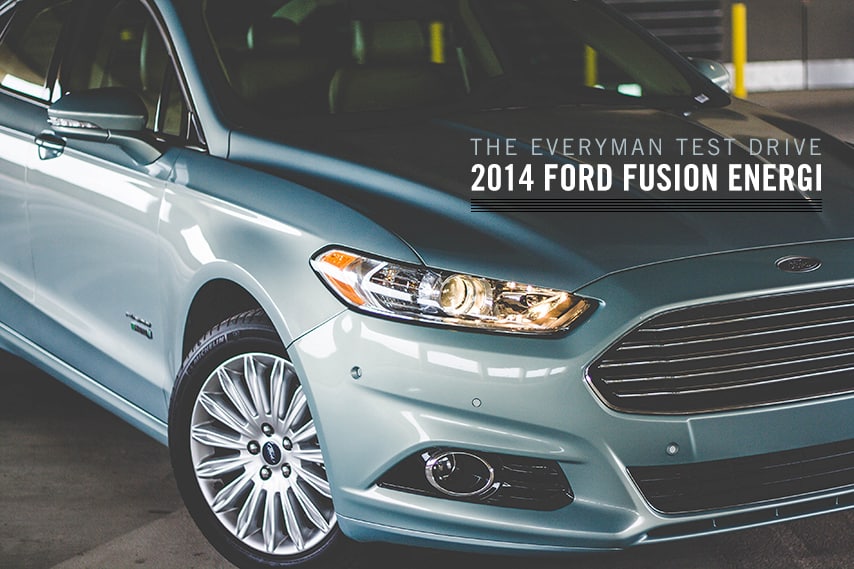 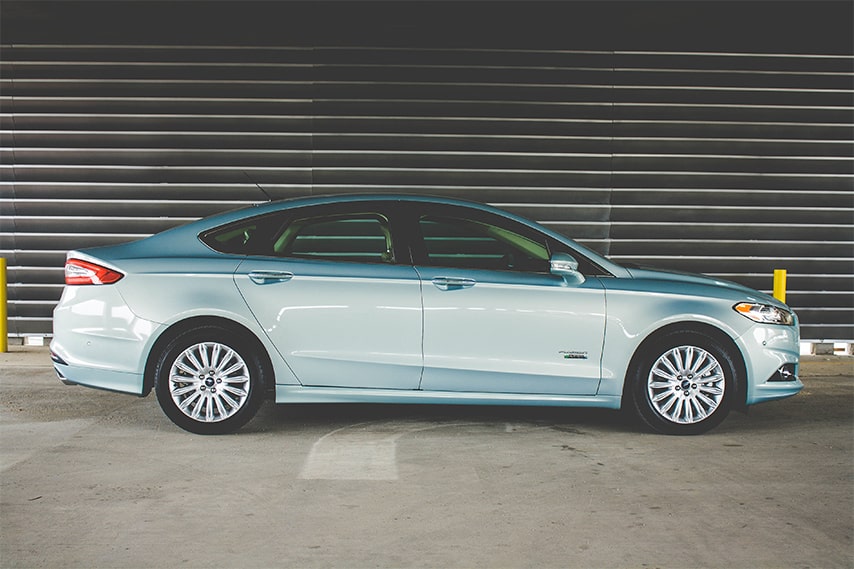 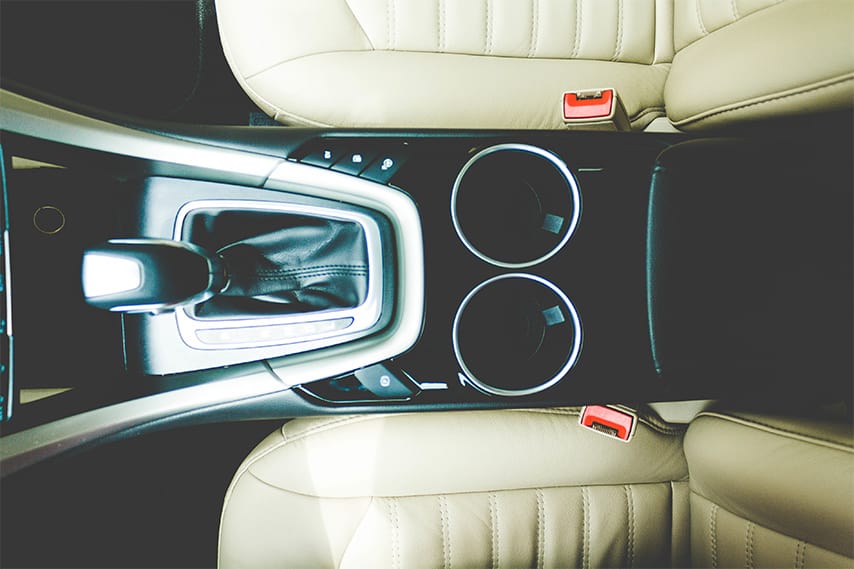 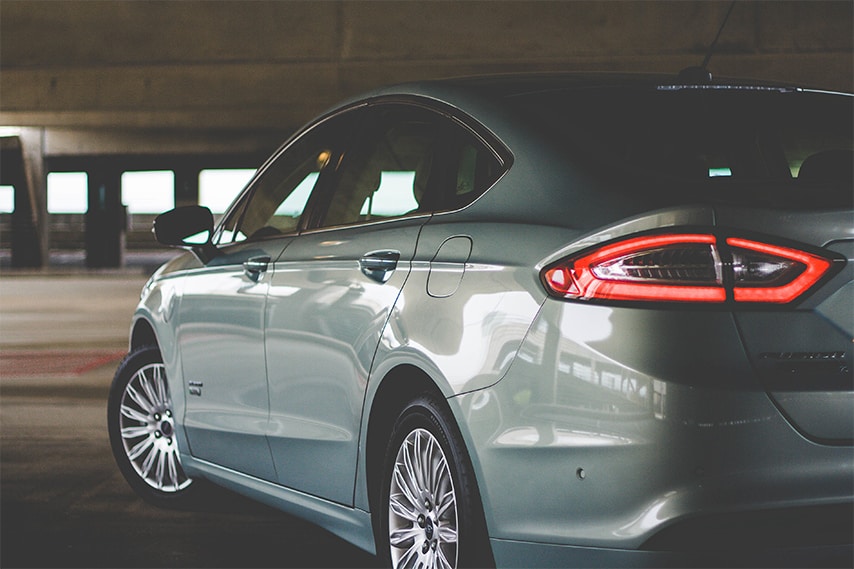 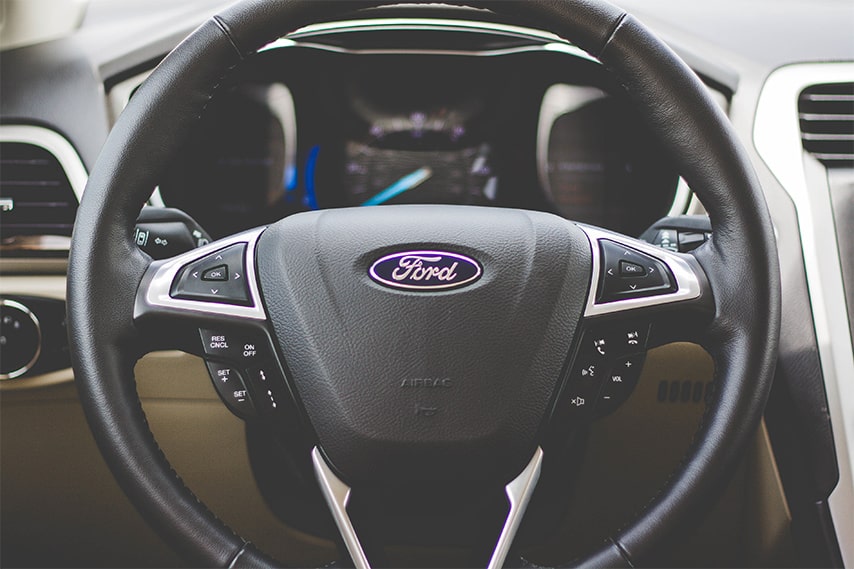 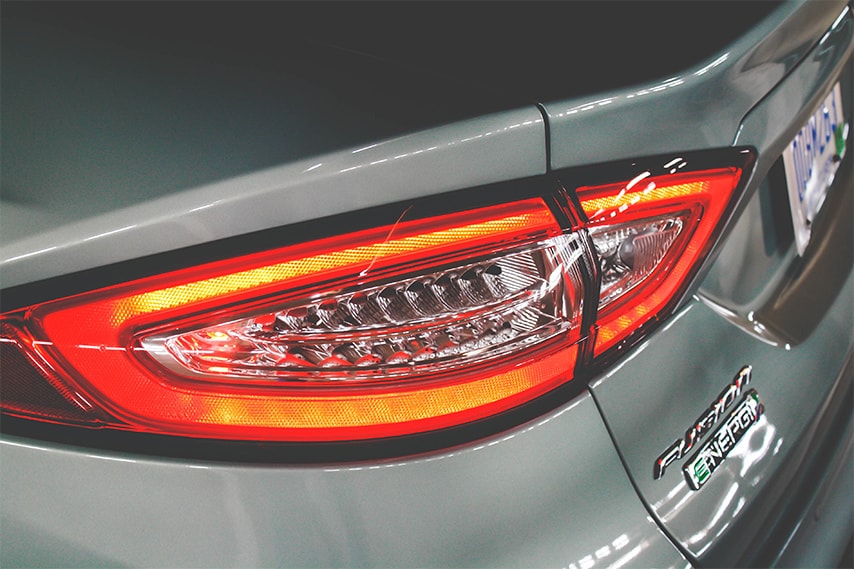 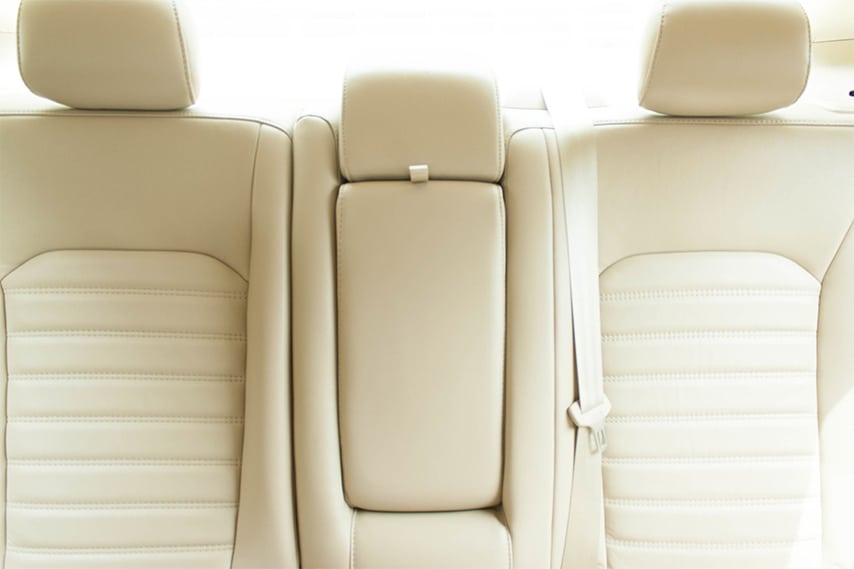 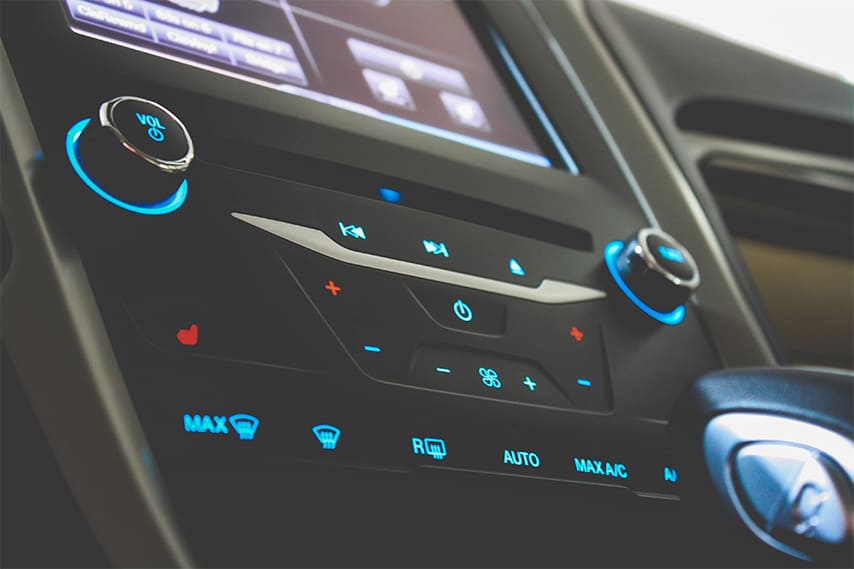 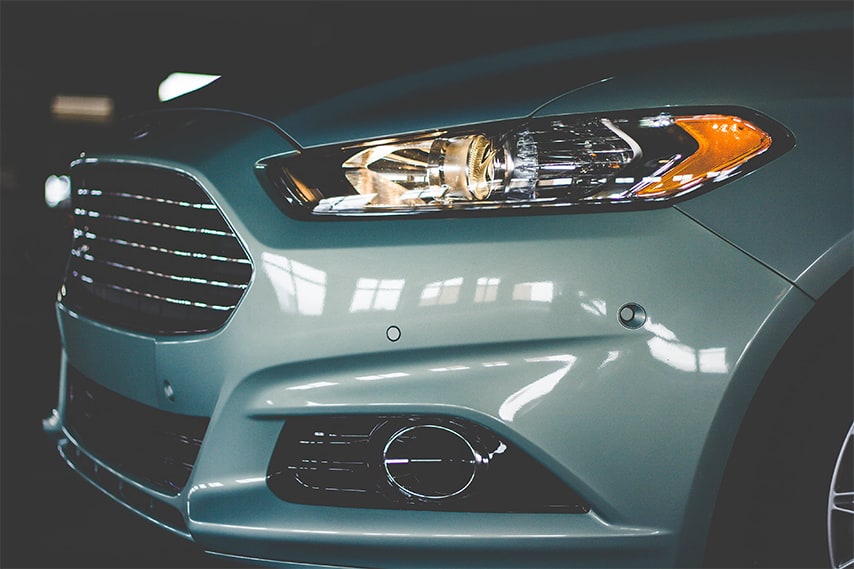 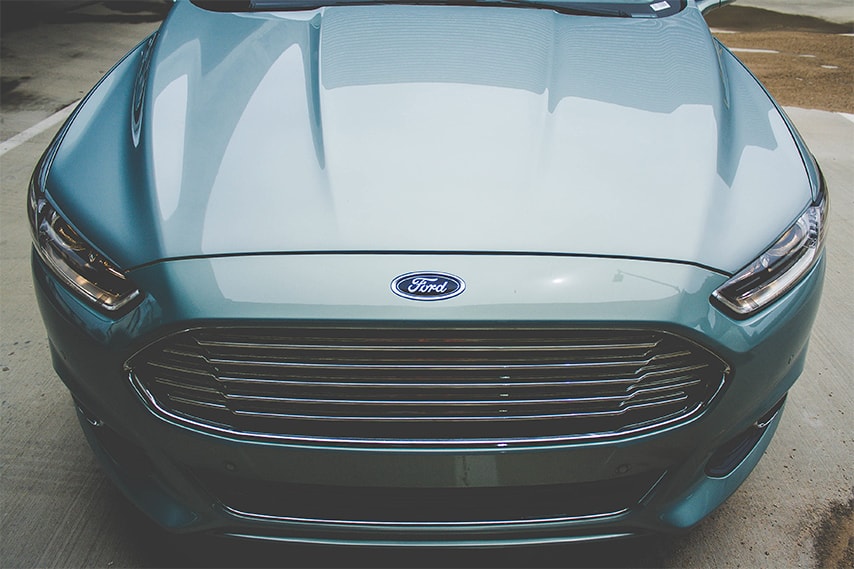 Your twenties are magical, aren’t they? You graduate, find a job, get a paycheck and become “an adult”.  A few years ago you were staying up until 2 or 3 AM every night. Now, it’s 9:30 and all you want to do is sleep. With the job comes some responsibility, but also some non-student-loan disposable income. When it’s time to put that paycheck to good use, the Ford Fusion fits the bill.

Starting at around $22,000, the 2014 Fusion gets a much needed face lift from prior years and offers many models that include a hybrid and the Fusion Energi, Ford’s plug-in version.

The trim-lines run the gamut, peaking at over $40,000, but the entry-level Fusion is still a pretty good value with a FWD 2.5 four-banger, cloth interior and 16-inch wheels. The pickup is about average riding solo but feels a little sluggish with four people in it.  The Energi trim-line delivers 21 miles per charge of all-electric driving and an estimated MPGe of 108/92. Ford should include about 15 asterisks with this MPGe rating, however, because during our time with the Energi model (~$44,000), we got nowhere close. That said, we did average around 50 MPG on the highway, which is commendable.

If you’re wondering what the “e” in MPGe stands for, it’s Miles Per Gallon equivalent. According to Wikipedia, it measures “the average distance traveled per unit of energy consumed”. Basically, the EPA replaced miles per gallon with kilowatt hours as the unit of measurement. So, yeah, it’s more efficient – per unit. But don’t plan on an all electric road trip. That ain’t happening.

Speaking of road trips, you’d better be a light packer. The trunk space is taken up by some additional battery accouterments that come with the Energi model. If your traveling with more than one passenger space quickly becomes scarce. The backseat leaves much legroom to be desired, but has it’s own heating and cooling vents and the same supple leather.

The whisper-quiet whirr of the electric engine is pretty tame. So tame, in fact, that sneaking up on pedestrians happens more often than you might think. It’s pretty handy though – just plug it in when you get home, and it’s charged in two and a half hours. This process makes buying gas less frequent of an occurrence, but we’re not sure if the electricity costs make up the savings. We’ll soon find out if/when the landlady decides to come seize our nice TV and sell it at auction.

When it comes to curb appeal, this car has plenty – from the front anyway, which looks like an angry shark. The back, however, leaves a yawning void of confusion. Not unlike a mullet. Perhaps the real “fusion” going on here is the front/back Shark-Week-meets-Brady-Bunch fusion…but I digress. The looks are a refreshing change in design language that you’ll see across most of the Ford family. The one thing people notice about the Fusion is that it “looks like an Aston Martin”. It does, which gives this author mixed feelings. 007’s DBS is a glorious thing to behold, but can we accept the modestly priced look-alike? Yes. I believe we can.

Various switches, buttons and knobs dot the leather-wrapped landscape of the interior. The soft plastics were snug, accessible and neatly oriented around the driver. When splurging on the touch screen and entertainment packages, you’ll find all the buttons replaced with a completely touch-sensitive interface just below the screen. If you’re a tactile guy, you’ll find this a bit unnerving, but it seems to be the growing trend.

The ride was noticeably quiet, and the oversized seats were exceptionally comfortable. Lane Assist is an interesting feature offered by Ford. It detects the lanes on both sides of the car, and gives a gentle nudge back into the center of the lane if you start to drift. The feature is a little frightening at first. Is the car driving itself? Not quite. But when coupled with adaptive cruise control, the car is accelerating, braking, and keeping itself in the lane. The future is nigh, my friends.

So, yes. That’s our short answer when asked if we’d buy this car. It’s a great value and sports a look that tells the rest of the professional world that you’re not a barely functioning man-child.

CarsEveryman Test Drive
Great, dressier summer style at an attractive price.
Summer Wedding ✓Office ✓ Looking like Model ✓
Look forward to dressing sharp when it's sweltering.
Did You Miss These?
We combed through Amazon's new home category, and found 33 well-designed (and well-reviewed) items to elevate your space that won't drain your retirement fund.
Graduation is an exciting time – it also signals the end of every life structure you've ever known.
Forget lucky coins, magical boxer-briefs, or a crusty rabbit's foot, because your luck is about to change. Whether you're cursed in finding opportunities or prone to strike-outs with beautiful women... [more]
To master your life, you have to master yourself first.
Simple and very effective.
Add a new option to your rotation.
The best Father's Day gifts (that aren't a "#1 Dad" mug).
When you find a staple that works for you, upgrade to a version that features unique design details, premium materials, or sustainable construction.
Let's do summer on purpose.