The Blood And Sand Cocktail Recipe: A Gentle Scotch Cocktail With Citrus

Introduced in 1922 (and named after a Rudolph Valentino movie from the same year), the Blood and Sand is often considered the scotch cocktail for people who don’t like scotch — that is to say, it’s highly drinkable no matter what your tastes. I think it only meets that description if you stay away from the smoky offerings of Islay. If you’re using close to two ounces of the peaty stuff, it’s going to be pretty aggressive no matter what else you’re mixing in.

I like semi-aggressive so I’m only swapping in a quarter ounce of smoky whiskey, and using something more gentle for the rest. If you don’t like smoke, just omit it entirely and scale up the smoother scotch.

Orange juice from a carton or bottle works fine here, but fresh-squeezed will really give it some zing. Blood oranges are often suggested, but any juice orange like Valencia will do. Avoid navel oranges or similar, since oranges bred for eating by hand are both drier and generally less flavorful. 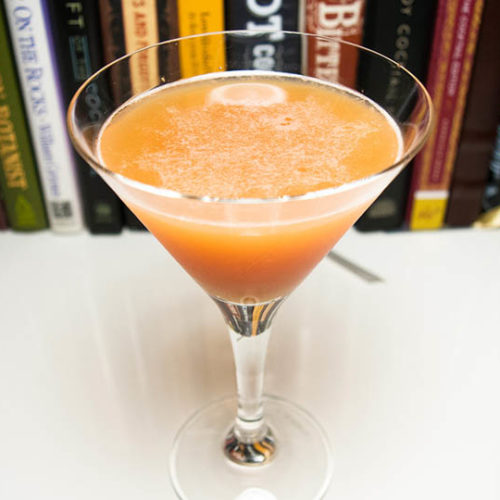 The Blood And Sand Cocktail Recipe

Cocktails & AlcoholIt’s Friday…Have a Drink
Great, dressier summer style at an attractive price.
Summer Wedding ✓Office ✓ Looking like Model ✓
Look forward to dressing sharp when it's sweltering.
Did You Miss These?
No luggage fees, no wrinkles, more stuff. Learn how to properly pack a suitcase.
No matter how safe of a driver you are, we all get stuck in the powder now and then.
To celebrate the 40th anniversary of the release of Jaws, we honor the timeless costume design with 4 inspired sharp and affordable outfits.
To master your life, you have to master yourself first.
Simple and very effective.
Add a new option to your rotation.
The best Father's Day gifts (that aren't a "#1 Dad" mug).
When you find a staple that works for you, upgrade to a version that features unique design details, premium materials, or sustainable construction.
Let's do summer on purpose.