Skip the snooze button and social media: It's time to wake up your morning routine.
30 March,2022By Brenden Gallagher
This post may contain affiliate links, read about our editorial promise 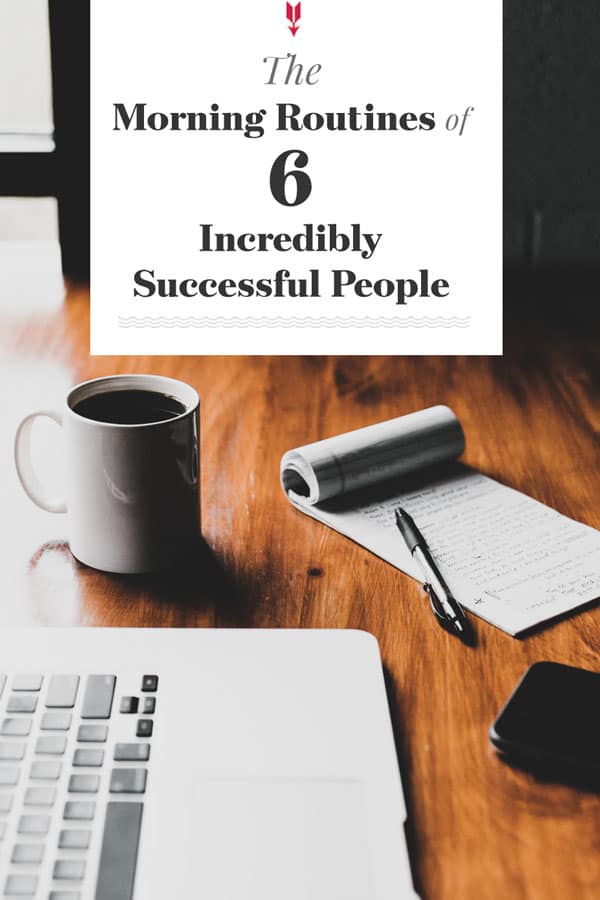 For most of us, it’s hard enough just getting up in the morning, let alone taking care of everything we want to accomplish before heading out the door. When you hear about everything highly productive people accomplish in a day, it’s hard to fathom how they do it. That hard truth is that usually, the key is a concrete morning routine.

Routine is the best way to make sure that your time is used efficiently. That doesn’t necessarily mean you’re spending hours in the gym each morning or reading three newspapers before the markets open. A routine simply helps you start your day in a way that allows you to build the life you want to live.

When thinking about what morning routine is best for you, it’s a good idea to look to some of the most successful people. Think about what you can take from their daily schedule when building your own.

Let’s look at how some of the world’s most successful and interesting people get their days started. You might just find some routines that could work in your life. 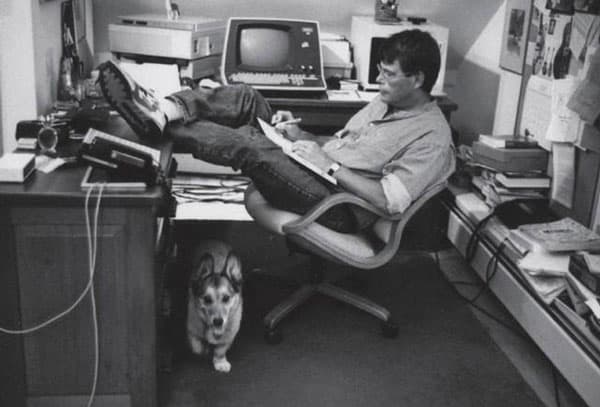 King has a cup of tea or water and sits down to write between 8:00 and 8:30am. He takes a vitamin, puts on music, and sits in the same seat where “the papers are all arranged in the same places.” King says, “The cumulative purpose of doing these things the same way every day seems to have a way of saying to the mind, you’re going to be dreaming soon.” 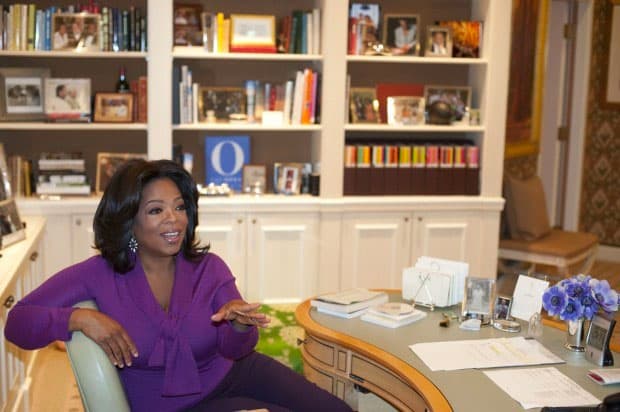 No one lives a life quite as full as Oprah Winfrey. It won’t surprise you to hear that her morning routine is no exception.

Oprah Winfrey does not believe in alarms. She has trained herself to wake up between 6:00 and 6:20 am consistently and without the help of a grating beep.

The day begins in earnest with a perfectly mixed espresso and reflections on a handful of aphorisms pulled from a collection of 365 Gathered Truths. Next comes a half-hour of meditation and an hour-long workout on her high-end elliptical machine. The workout is often accompanied by the soothing tones of CBS This Morning.

From there, Winfrey enjoys a complete breakfast chock full of complex carbohydrates, fiber, and protein. She often pairs medium-boiled eggs and multi-grain toast with answering the days emails and going over her schedule.

After all of this – mentally, physically, emotionally, spiritually, and caffeine-dly – Oprah is ready to start the day. 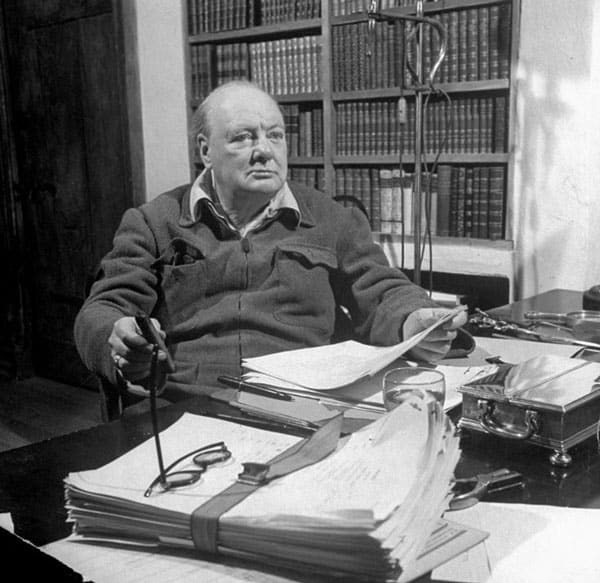 The great statesman and prolific wit Winston Churchill had a characteristically unorthodox morning routine: he stayed in bed.

Though he would wake up at 7:30am, the British prime minister wouldn’t get out of bed until 11. In fact, he would shower and then get back into bed. He would eat breakfast in bed, read the news in bed, and even dictate correspondence to his secretaries. You could sometimes even find Churchill reviewing galleys of forthcoming books, laying out the various pages and images on his sheets.

Once he finally got out of bed, Churchill would pour himself a whiskey and soda. We’re not sure if we can recommend booze before noon, but we can say that taking a more relaxed approach to productivity isn’t always a bad thing. 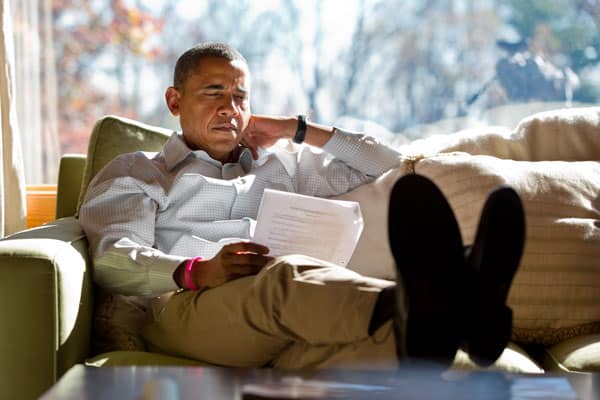 President Obama has a legendarily productive morning routine that has been the topic of a number of articles, and for good reason. Obama’s former aide Reggie Love broke down his morning routine in his memoir, and it has all of the rigor and discipline you would expect from POTUS number 44.

Barack Obama’s day begins two hours before his first meeting of the day, rather than at a particular time. He watches an episode of Sports Center as he wakes up. Then he follows up his sports news by perusing a print copy of the New York Times.

After that, Obama works out and sits down to a healthy breakfast. Eggs, toast, and orange juice was an average first meal for the president during his time in the Oval Office. (Bacon was part of the equation during his senate term and his campaign, but the rigors of the presidency led to a doctor-recommended rollback in cholesterol.) 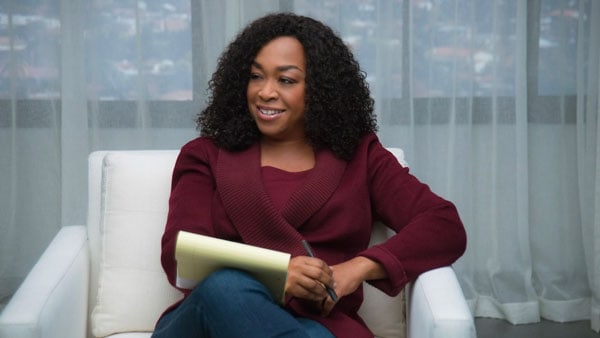 The Scandal and Grey’s Anatomy showrunner’s day begins at 5:30am. Rhimes wakes up well before her workday duties to take a little time to “just exist.” Sometimes she writes in her journal, but she also likes to just stare out the window and enjoy some peace and quiet.

At 7am, the action of her day begins in earnest with a cappuccino, breakfast, and the rush to get her children off to school.

Rhimes will get to the office between 9 and 10, and the time spent getting ready and commuting is time spent catching up on the news of the day. Rhimes swears by NPR’s Morning Edition, but she supplements that with Twitter and news highlights from theSkimm. If she has time in her office before work begins, deeper dives into The Atlantic, The New York Times, and The Wall Street Journal might be squeezed in before the writers room work begins. 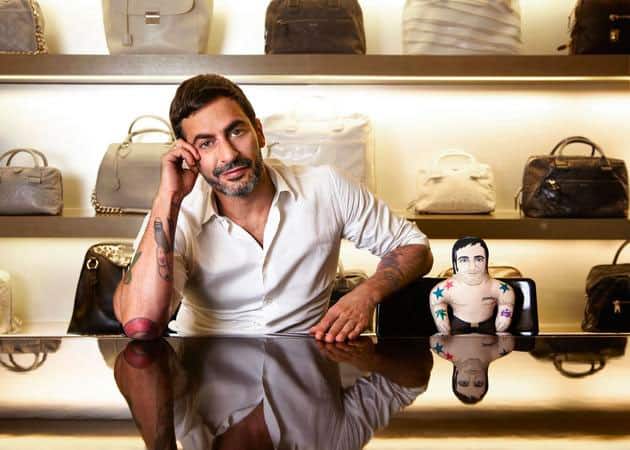 If you’re looking to boost your productivity, Marc Jacobs’s morning routine probably isn’t going to get you there. But if you want an example of how simple rituals can spur creativity, the fashion legend might set you on the right track.

Jacobs begins his morning in a fairly average way, with a workout (low on cardio) and a healthy breakfast (50 grams of oatmeal, green juice, and nutritional supplements). Then, he smokes a Marlboro cigarette and dons a kilt. Completing this morning ritual makes Jacobs feel most himself, and gets him ready to start his day on his terms. 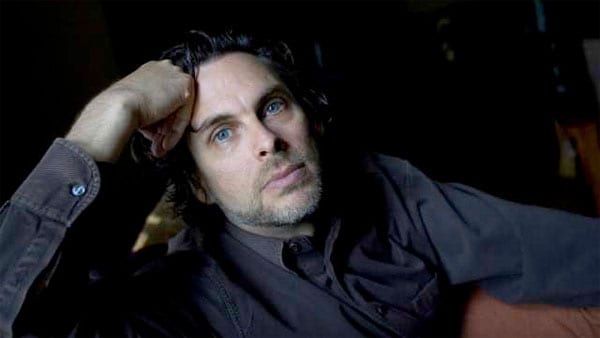 While we often associate success with rising early, many high achievers do their best work late into the night. Again, the key is routine, not necessarily a particular routine.

J.R.R. Tolkien, Bob Dylan, and Michael Chabon are just a few of history’s great night owls. The prolific Chabon likes to write from 10pm to 3am. When asked about his night time writing habit, he told Time, “I wish I could work in the daytime and after the kids leave for school, but I just can't make it flow during the day the way I can at night.” As a family man, Chabon sometimes has had to rent out a hotel room to facilitate his late night writing without disturbing his wife and kids. He aims to write 1,000 words a night.

There is certainly a lot of variety in these routines, but there are some constants we can point to that might help you build your perfect morning.

Again and again, we see that routine is key. We also see that there is a mix of hard-nosed discipline and enjoyably energizing habits in successful morning routines. You shouldn’t be afraid to listen to your favorite podcast and make a healthy breakfast, or hit inbox zero while finding time put on your favorite playlist. If you don’t enjoy it, it’s going to be hard to stick to it.

The key is not only finding a morning routine that will make you a better person, but also developing habits that nod to the person you are. Experiment with diet, wake-up times, tasks, and even ways to relax, as you seek out the morning routine that is right for you. It doesn’t matter if you’re an early bird or a night owl: what matters is that you get to know yourself.

What habits have you added to your morning (or evening) routine? Let us know in the comments.

Career DevelopmentSelf-Development
With 15 outfit examples to get you started.
Lighten up your winter wardrobe.
Getting the perfect fit right off the rack is like winning the lottery. Whether you wear suits or selvedge denim, this guide demystifies the process of tailoring and alterations.
Did You Miss These?
Make a clean and simple leather watch strap: A super easy intro to leatherwork.
One of the most important knots to know.
Have you ever met a woman you were strangely attracted to but couldn't figure out why? Animal instinct, my friend. Many of the physical cues we identify as 'sexy' have descended from millions of ... [more]
Discipline is a skill anyone can learn.
Cutting through the confusion: A breakdown of common knife terminology.
You don't have to be a traumatized father fighting a fungi-based zombie apocalypse to wear this jacket.
We've researched the best men's winter coats, based on material composition, product rating, and price.
Life can be overwhelming - Here's a proven method used by fighter pilots to make smart decisions fast and stay on top of it all.
And how to build them in under 30 days.