sidebar_content
Skip to Main Navigation Skip to Content
The camera on your phone works fine...but how many of those shots are hanging on your wall right now?
7 June,2019By Mike Henson / Photos By Mike Henson
This post may contain affiliate links, read about our editorial promise

When I was 14, my dad gave me his Canon AE-1, a 35mm film camera that he no longer needed because he’d gotten the newest autofocus wonder of the time. I was immediately smitten. The knurled-metal shutter speed dial, the positive resistance of the film advance lever, and the subtle clunk of the cloth curtain shutter were romantic in a way that was archaic without obsolescence.

It was with this film camera that I learned the basics of photography: shutter speed, aperture, framing and composition, how to use light to my advantage. It was also around this time that digital photography (that fad that Kodak was convinced would fade away like bell bottoms) was starting to dominate the market; over the next few years, the AE-1 slowly became what we in the photography world call a “shelf-queen” and sat idly by, waiting in vain to be used. Eventually, I sold it to a friend.

For a little over six years I used digital cameras to shoot weddings and family portraits. It was fun, and I made pretty good money for a guy in his 20s. Then one morning about four years ago, I woke up and realized I was in a creative rut: I didn’t want to shoot the wedding I’d booked for that day. Photography had become a job, and the hours in front of the computer editing thousands of images for a single wedding were anathema to me.

On a whim, I picked up a film camera on eBay, some black-and-white film, developing chemicals, and a film scanner. This would be for me and no one else. Today I have six film cameras (I’m still not sure how that happened); I shoot almost exclusively film, and once again I’m smitten. 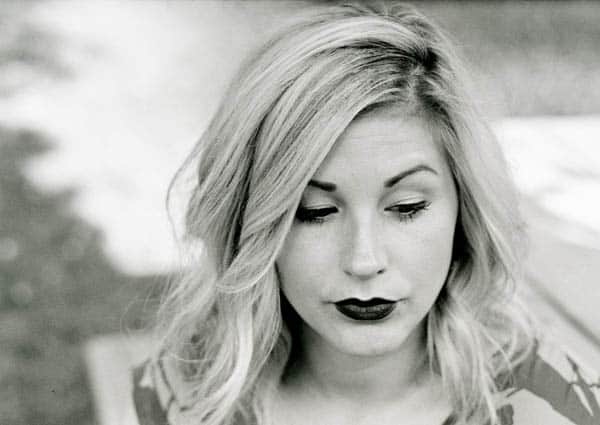 If you’re in a creative rut, it might be time to pick up a film camera. Here’s why:

Film is Better Than Your Phone

I know that your phone takes great pictures (seriously), but what are you doing with those pictures aside from posting them online so people can see how many of your followers liked the brunch you had last Sunday? Don’t get me wrong, I take plenty of pictures with my phone, but I worry that cell phones have increased the consumer culture of photography (as in, we only take pictures for other people’s enjoyment) while decreasing the personal creativity of it. 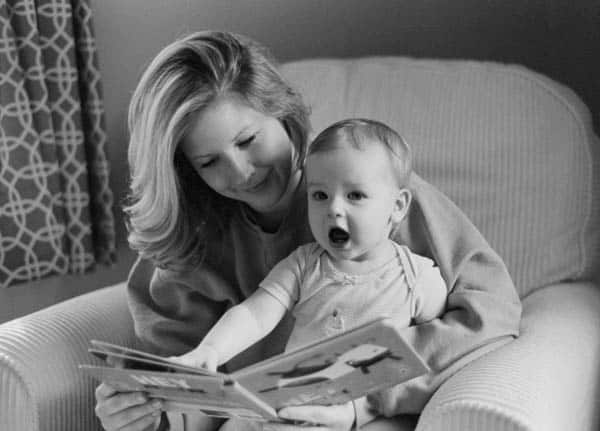 Not to mention, how often do you print those pictures from your phone? Film slows you down, beckons you to tell a story with each image, and thus forces you to be present in the moment. If I need to take a quick snap, I’ll reach for my phone. If I want to make a memory that I’ll hang on the wall, I’ll grab my camera.

Film Forces You to Be Creative

Getting back into shooting film has made me an exponentially better photographer. Film’s not wildly expensive, but it’s definitely not as cheap as digital. And that means that I have to shoot each frame intentionally. The idea of snap-shooting (i.e., “I’ll just take a bunch and delete the ones I don’t like”) no longer occurs to me. I try to think of each frame as a work of art, and that increases my skill and my scrutiny. In a given roll of film (36 exposures) I might end up with three or four perfect (by my standards) shots, and for me, that’s a win. 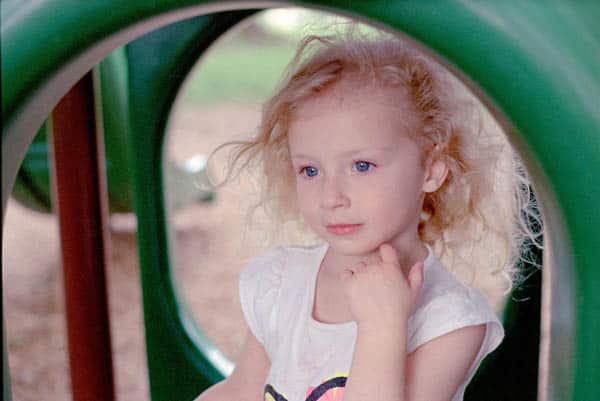 Search “film camera” on eBay, and you’ll get almost 80,000 results. For $60 you can pick up a decent film camera with a kit lens (as in, the lens that came with the camera), and for another $4 a roll of film. I made the hefty investment up front by picking up developing chemicals (which need to be replenished every so often) and a film scanner so that I can handle all of my processing at home, but any local camera shop can take care of your film developing needs. 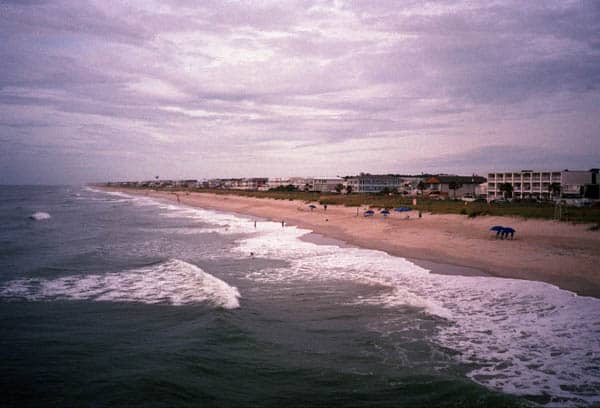 And on that note, stop in your local camera shop and hold a few cameras. See what’s comfortable in your hand, ask questions about the different kinds of film and what camera and lenses will be best for you based on what kind of subjects you want to shoot.

Getting Started in Film

A few things to note before you get started…

Here are the pros and cons of each and a few of each to consider: 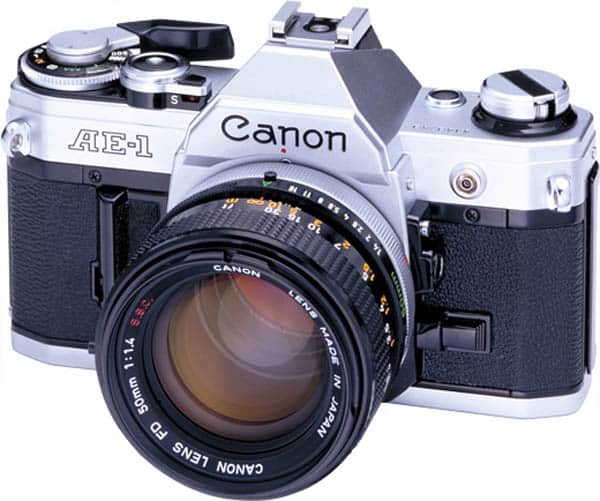 This was my first film camera. It has everything you need and little that you don’t. You can pick one of these up (with a lens) for about $100 on eBay. 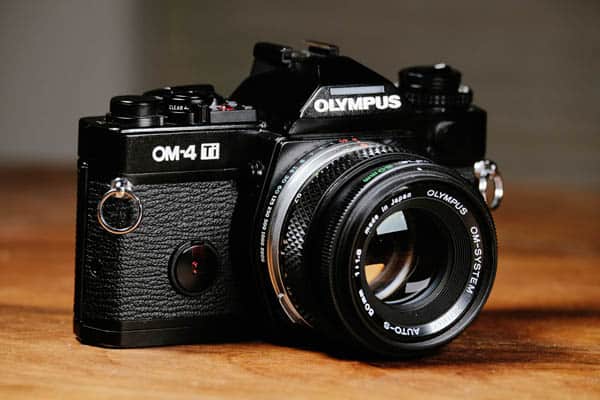 This little powerhouse is compact, has an advanced metering system (or at least it was advanced when it was first released), and the top plate is made of titanium. Oh, and it appeared in a James Bond movie. Respect. 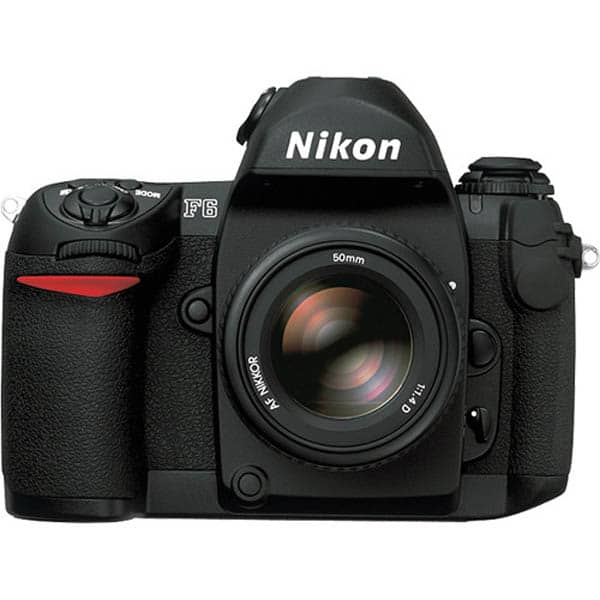 When it comes to film SLR cameras, this is the pinnacle. To put it simply: This camera still retails for $2600 brand new (and anywhere from $800-1500 used). It’s indestructible, the metering system is infallible, and the autofocus is lightning fast.

Photos shot with an SLR: 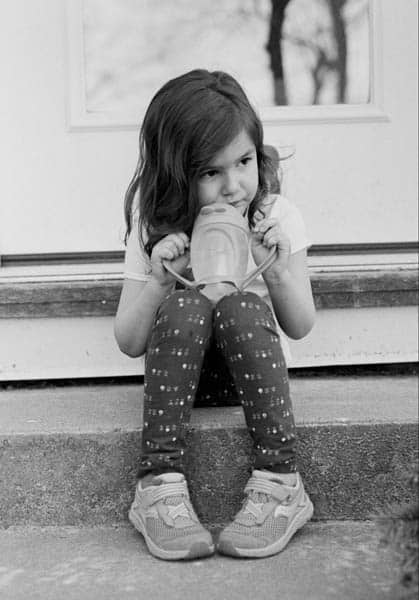 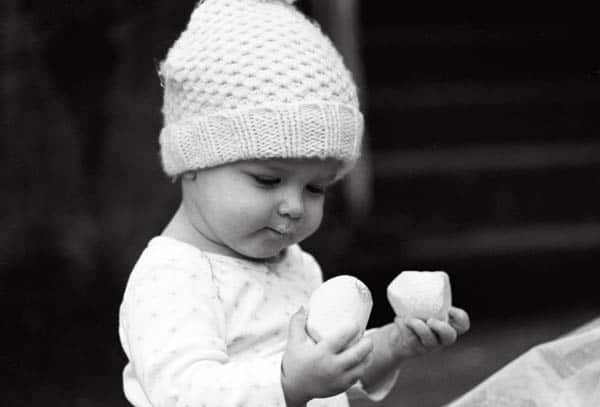 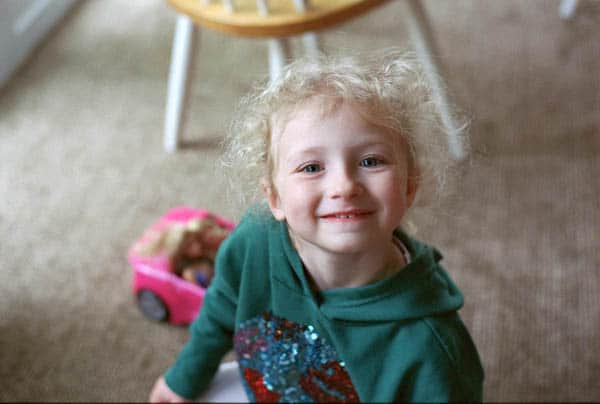 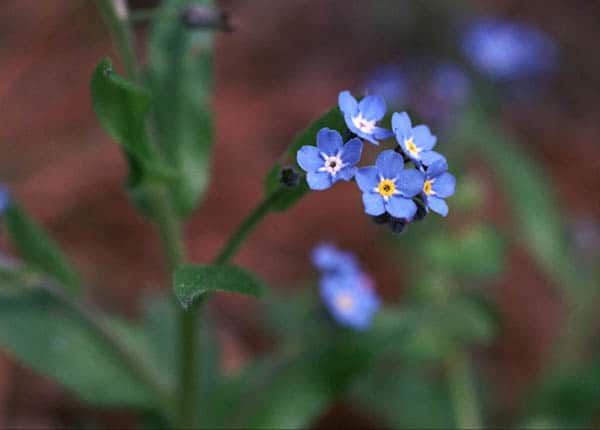 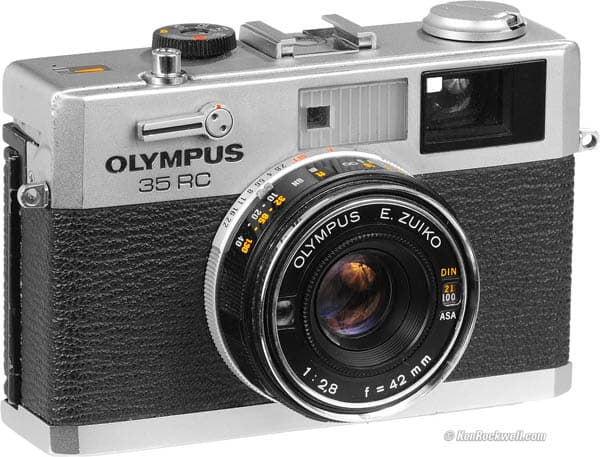 A great way to jump into the world of rangefinders is to get one with a fixed lens. This means the lens isn’t interchangeable. While these aren’t as versatile as their interchangeable counterparts, the used market is saturated, the lenses are typically outstanding, and they’re a blast to shoot. Other great budget options include the Canonet Giii QL-17, and the Yashica Electro 35 GX. 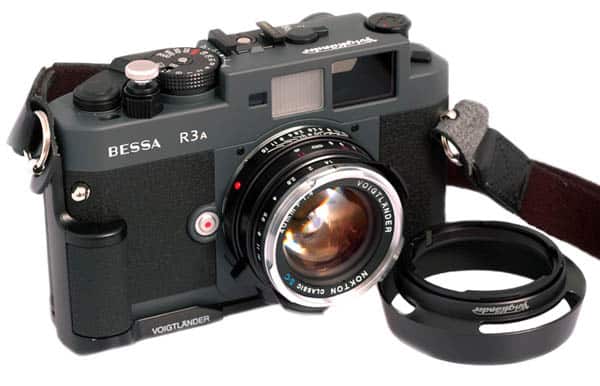 This is the setup I purchased a few years back to reignite my passion for film photography. This body takes lenses made for the Leica M-mount, which are typically excellent (but expensive!). It’s solidly built, fast to operate, and has taken some of my best shots. 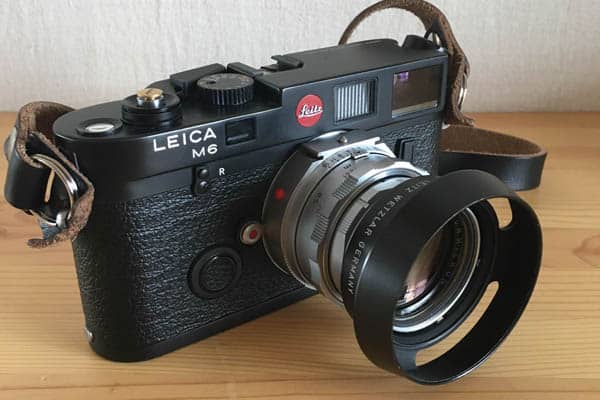 When it comes to camera brands, Leica is the Cadillac. No…it’s the Porsche. Handmade in Germany, and built to last forever, Leicas are wonderful cameras. Be warned, once you get a Leica, it’s hard not to feel just a little pretentious (I know, I’ve owned one).

Photos shot with a rangefinder: 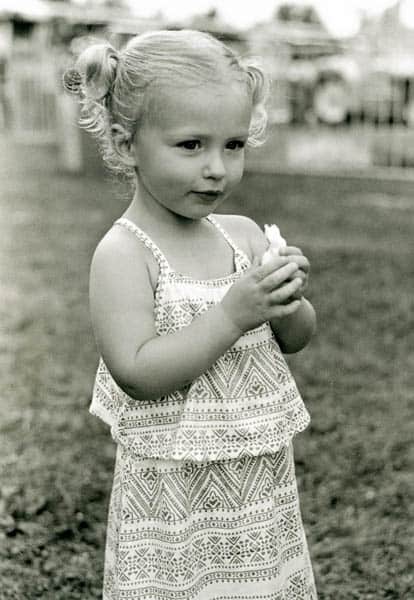 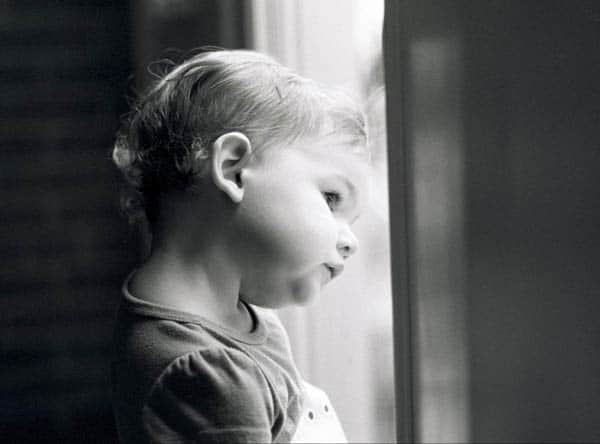 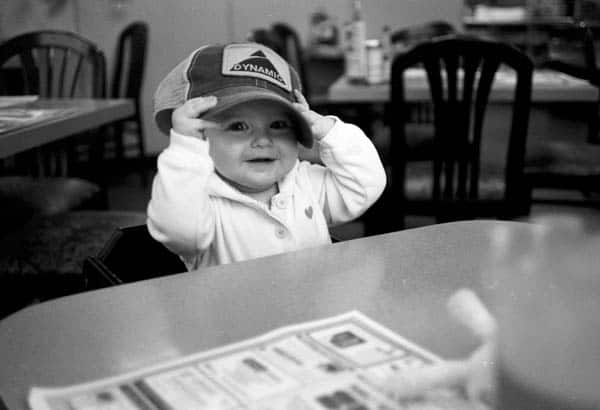 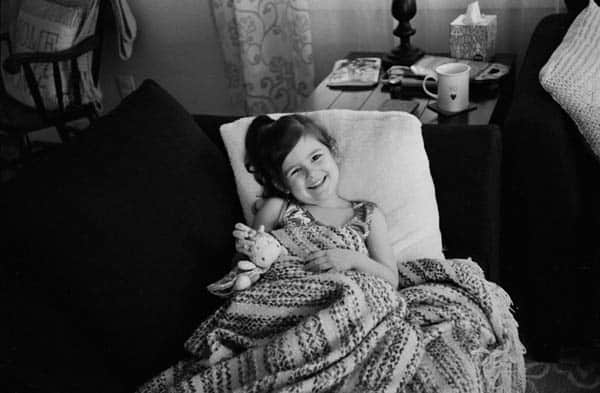 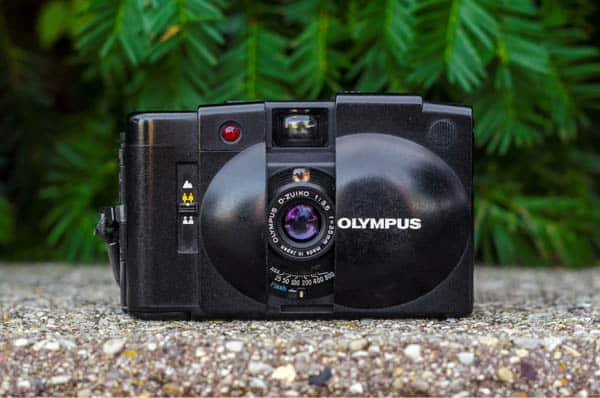 This little point-and-shoot is a truly pocketable camera. With its clam-shell design, you never need to worry about a lens cap, and with its sharp lens, you’re sure to get detailed shots. This lens uses zone focusing, meaning you guess the distance of your subject instead of manually focusing through the viewfinder. Also check out the Olympus Trip 35 and the Nikon L35AF. 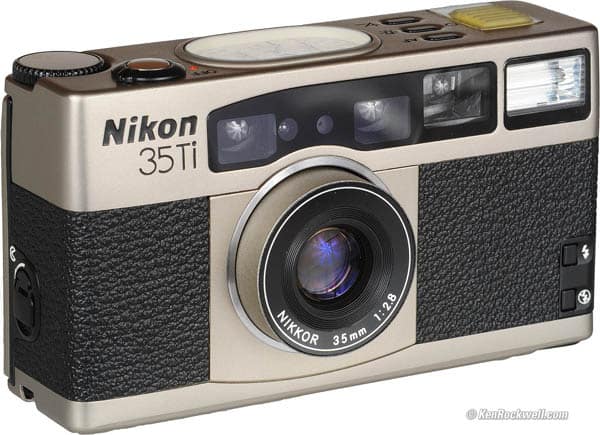 Titanium, fast autofocus, advanced metering. This little stunner is a solid performer. There is also a 28mm version (meaning the lens has a wider field of view) but it tends to be more expensive. 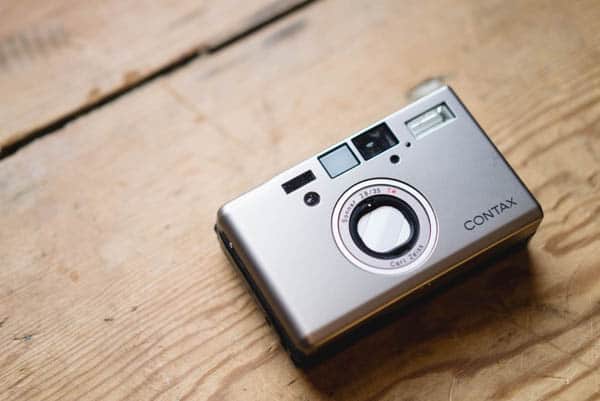 The Contax T3 was released in 2001 for around $1000, and prices have only gone up. The lens is surgically sharp, the body is small and tough, and did I mention how sharp the lens is? Unfortunately it’s prohibitively expensive for most of us.

Shot with a Point and Shoot film camera: 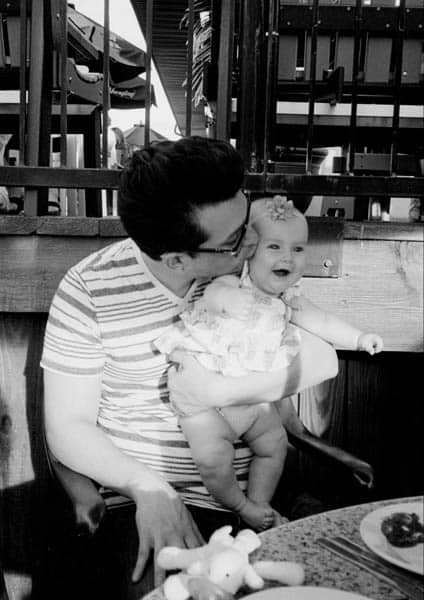 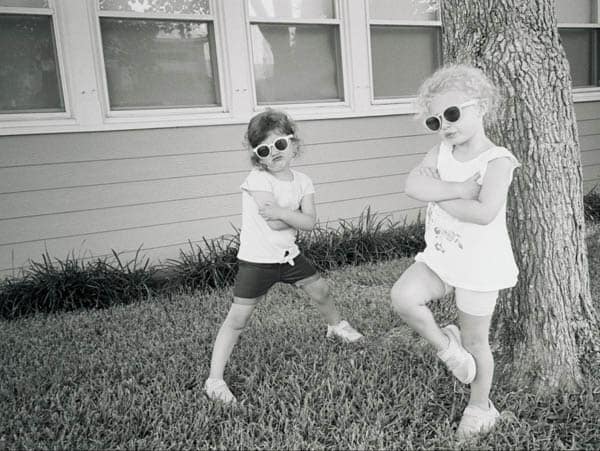 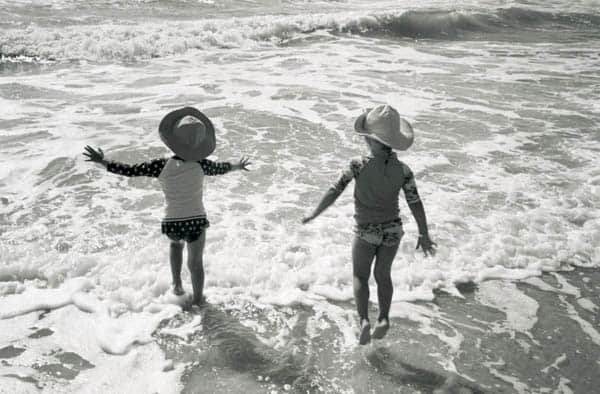 Yes, your phone is convenient, and yes, your digital camera takes great pictures. But film photography invites you into a world of deliberate, intentional artistry. Film photography takes away the frills and the total automation, encouraging you to push the boundaries of your own creativity. It’s time to make memories.

Have you picked up a film camera, or do you want to? What advice would you give to a beginning film photographer — and what would you like to know?

How-to'sPhotography
Getting the perfect fit right off the rack is like winning the lottery. Whether you wear suits or selvedge denim, this guide demystifies the process of tailoring and alterations.
Discipline is a skill anyone can learn.
Cutting through the confusion: A breakdown of common knife terminology.
Did You Miss These?
A reasonable, “classic” cut for fuller cut times.
The toughest and sometimes most important question at any interview, "Do you have any questions?"
A stunning map of America’s 250,000+ waterways.
You don't have to be a traumatized father fighting a fungi-based zombie apocalypse to wear this jacket.
We've researched the best men's winter coats, based on material composition, product rating, and price.
Life can be overwhelming - Here's a proven method used by fighter pilots to make smart decisions fast and stay on top of it all.
And how to build them in under 30 days.
Do these now to keep your style strong and simple.
If you want to know how some rich actor gets in amazing shape, you're in the wrong place.