Getting your gear from A to B never looked so good.
8 March,2015By Andrew Snavely / Photos By Andrew Snavely
This post may contain affiliate links, read about our editorial promise

A man takes great pride in his toolbox. This was true 100 years ago, and it's just as true today. A symbolic vessel bringing about improvement, to create something from nothing. Carrying a man's required tools for the day.

A man's tools help him become who he wants to be. Whether they're physical hand tools, a computer, or a master's in business administration, your tools are what help you achieve what you want in life.

Equally as masculine as a mechanic's toolbox is the businessman's equivalent: the briefcase.

As a kid I remember my idea of a grown man: suit, slick haircut, briefcase. The briefcase is so essential in a man's life, it is a stereotypical part of the costume. If you read Primer, then you know how important it is to carry your gear in the right bag. Doesn't improve your image of being inexperienced when you're carrying your bookbag from high school around with you at the office. You're a grown man now. You need your toolbox.

Before I go on, there are 3 things I wish I knew before I got it:

I chose the large thin briefcase in chestnut leather. I opted for this size based on my laptop's dimensions. The large is 17″ long, big enough for my Macbook Pro and then some. (The medium is 15″ long) It's also a nice size for your body profile, not too big like some larger briefcases, and not so small that it looks like a satchel.

The briefcase has two large compartments, a collapsible small pocket perfect for your phone or external hard drive, and a back pocket to keep oft-used documents handy, or a magazine or two. Inside there are also two pouches for pens on each end. I use a neoprene laptop sleeve from Chrome when stowing my laptop, since the briefcase isn't padded on the inside.

Saddleback's briefcase is built like a bomb shelter. It's made with large pieces of thick full-grain boot leather with only 3 major seams, and pigskin lining that is tougher than leather. The design features no breakable parts, has hidden nylon reinforcement straps at all stress points, and marine grade polyester thread to hold it all together.

And if for some reason your lifestyle is beyond all that armor, Saddleback has an awesome 100 year materials and workmanship warranty.

Here, watch a video of a Saddleback bag going head to head with a crocodile.

If you've never had a briefcase, it's understandable. Growing up, many of the briefcases we saw were pretty dressy. Why would we ever need to carry one? Your dad's accountant, he had a briefcase. You? You just need something to carry your shit in. And I get that, I was like that too.

One of the best parts of Saddleback's thin briefcase, beyond its ruggedness, is its multipurpose style. You'll look as great carrying it with your suit, as you will on the weekend in jeans. There's something about a simple brown leather bag that is acceptable to carry in almost every situation.

The functional design of this briefcase is also really versatile. It's got the best of both worlds: carry it like an attache case with the onboard handle, or use the included strap and haul it like a messenger bag. It also converts into a backpack in about 10 seconds, proving how many uses this bag will have in your life.

It is probably heavier than what you are used to carrying. Coming in at about 4 lbs, all the armor has its weight. However, after carrying it for about six weeks, the weight is not an issue for me. I've read about some folks who cite this as a concern, from my perspective I don't even notice. If you're carrying a laptop and some books around, you're already prepared for a haul. Saddleback's quality and warranty come at a price. At just over $400, you may think of this as an out-of-reach luxury item. Gosh, just a couple years ago you didn't know why you would need a briefcase, right? Don't look at this the same way you bought a new backpack every year in school. This is a one-time investment in a bag that will last you the rest of your life. When you're 80 and you go to drop off the draft of your will at your attorney's office, you'll be taking it in your Saddleback briefcase. Morbid? Maybe. But true.

Saddleback's slogan is pretty damn accurate: “They'll fight over it when you're dead.” If you buy one quality set of screwdrivers, you're set for life. No more buying screwdrivers. Same goes with a briefcase. Spend a little more once, and never worry about it again.

That man's toolbox a hundred years ago is something he took great pride in. If he had been using a Saddleback Leather Company briefcase he'd still be proud using it today. (And it would still be under warranty.)

Check out more on the Thin Briefcase. 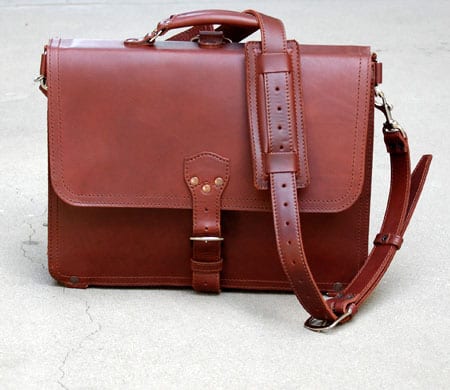 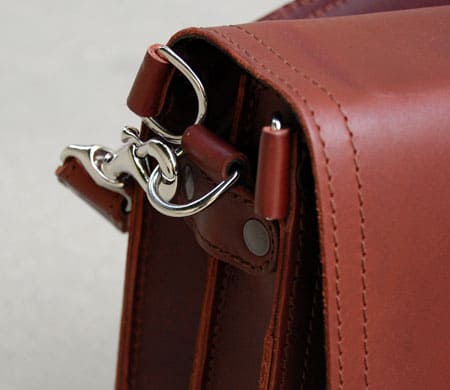 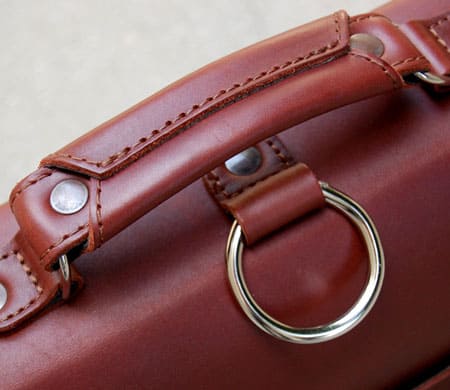 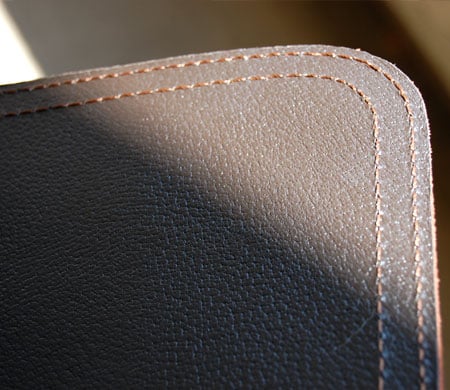 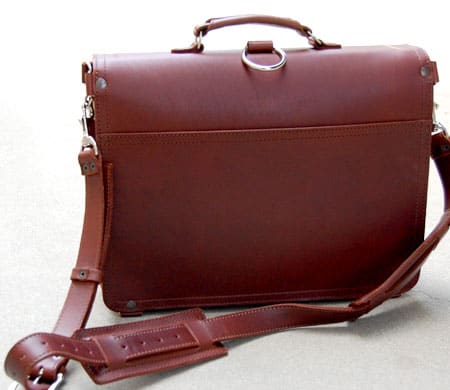 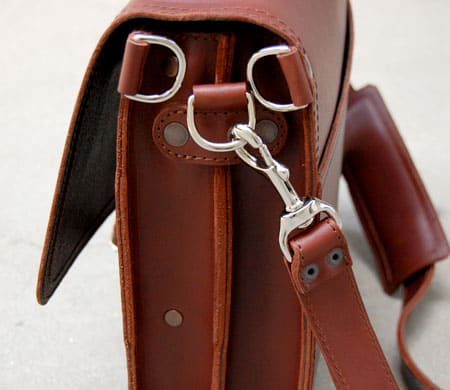 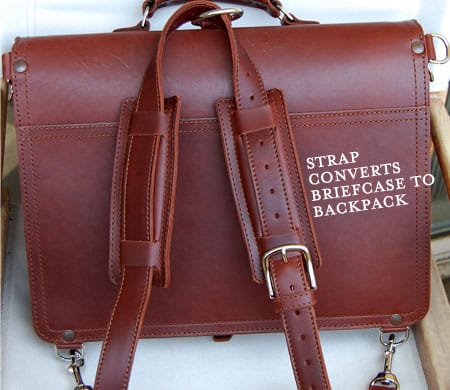 How they hold up

Recently, Reddit user Hejog posted a review with some photos of his thin briefcase (in a different color) after 14 months of use. I think the marks give the bag a lot of character. More of his photos here. How awesome is this bag going to look in 10 years? Thanks Hejog! A few readers have requested updated pictures to see how the bag is holding up. Besides some battle scars from use, it's in pristine condition  almost a year and a half later. As you can see, this is a beautiful bag that only gets better with use.

Click on each thumbnail for a full size image.

Bags & BriefcasesPrimer ApprovedProductsProfessional StyleStyle
It's the end of the season, and that means it's a smart time to stock up on a discount.
Your wrist game is playing by new rules.
A doable framework for creating an intentional relationship that lasts.
Did You Miss These?
Forget lucky coins, magical boxer-briefs, or a crusty rabbit's foot, because your luck is about to change. Whether you're cursed in finding opportunities or prone to strike-outs with beautiful women... [more]
Breaking up really is hard to do. Few life events can cause as much upheaval and pain as ending a relationship with someone you cared about. Whether you’re the breaker or the breakee, odds are you ... [more]
This is it. The Big Date. That’s right, your date’s going to see you naked. But your unclothed body won’t be the most revealing thing your date witnesses tonight. It’s your bedroom. Here's ... [more]
If you want to know how some rich actor gets in amazing shape, you're in the wrong place.
How do you create an elevated casual look that’s effortlessly cool AND incredibly comfortable? Funny you should ask…
Not one of these items is dressy, yet the considered combination of colors and textures creates a very polished outfit.
Tired of junky hair trimmers that tug and burn out?
Good-looking, functional totes worthy of transporting your snacks, sandwiches, and more.
The clock is ticking – we've created a collection of small gifts that will make a perfect package to open.