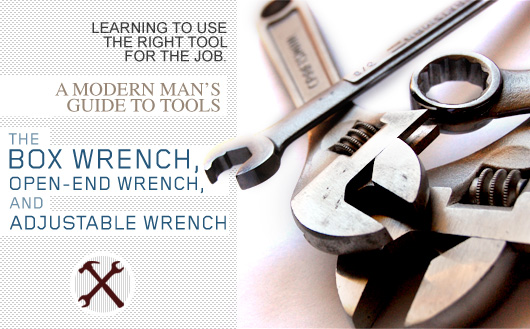 One of the greatest discoveries of the mechanical man is leverage. A wrench allows you to turn a tiny little bolt with greater force than you ever could with just your fingers. Make sure you're using the right one.
31 August,2020By Jesse Stern / Photos By Andrew Snavely
This post may contain affiliate links, read about our editorial promise 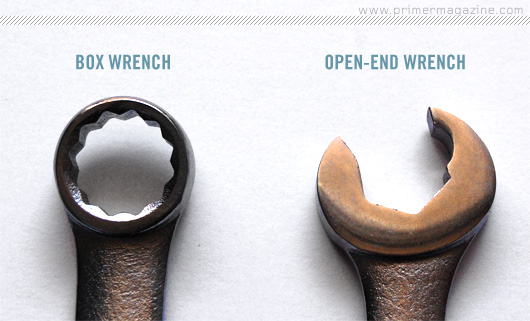 As with screwdrivers, it’s important to use the right size wrench. The wrench should fit snugly over the nut, with no play. It’s important to note that there are two sizing systems in all tools: SAE and metric. SAE (which, by most accounts, stands for Society of Automotive Engineers) uses inches. Metric uses millimeters. If you’re working on a classic or older American car, you’re more likely to need an SAE wrench; most late model cars are metric these days. If you’re building a piece of furniture from Ikea, you’re more likely to need a metric wrench. When beginning your tool box, it’s a good idea to get a set of each. 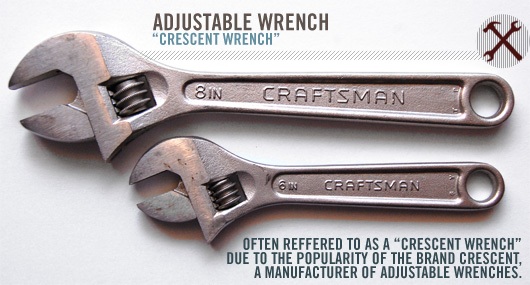 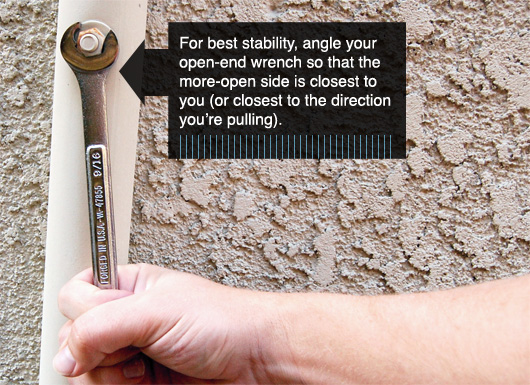 A Modern Man's Guide to ToolsTools & Fixing Things
The perfect haircut for summer.
Fall is coming. Let’s be ready this year.
Author Brad Borland has a master’s degree in Kinesiology and is a natural drug-free bodybuilder, university lecturer, military veteran, cancer survivor, strength coach, husband, and father.
Did You Miss These?
Graduation is an exciting time – it also signals the end of every life structure you've ever known.
Learn how the latest discoveries in psychology can motivate you through the toughest tasks: The ones you don't want to do.
Jack Busch, like so many people our age, hates talking on the phone. But he's come to realize his phone phobia is holding him back at work and in his social life. He's made a commitment to conquering ... [more]
A new take on some familiar items.
The right book is to a man’s potential what gasoline is to fire.
Stylish enough for the office, tough enough for extreme conditions, smart enough for life.
The end of summer is nigh – Enjoy the long weekend and stock up on handsome fall gear.
Henry Ford didn’t drop in engines. Steve Jobs didn’t solder iPhones. Why are you trying to do everything yourself? Use our fool-proof guide for off-loading your workload so you can focus on what... [more]
Nail the elusive casual suit and be the most stylish man in the room without feeling out of place.